Meet S[lab], the Collective Behind The Inflatable Skyline You Saw at III Points Last Year 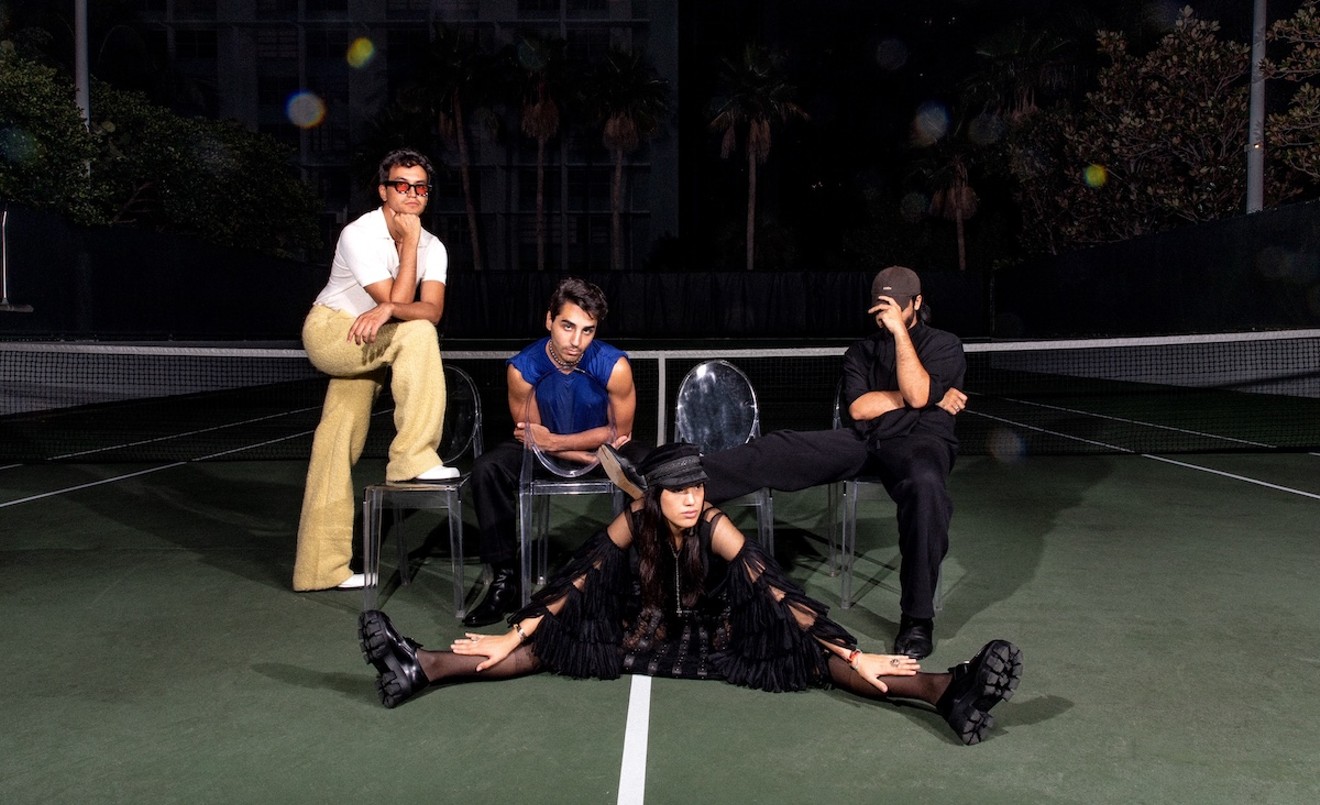 If you attended last year's III Points, chances are you saw the collective's art installation, The Inflatable Skyline, as you wandered through the festival. The piece reconstructs Miami's picturesque skyline in fabric and air, allowing the viewer to walk between the buildings reminiscent of One Thousand Museum and the Miami Tower.

"It's not necessarily a good or bad thing," adds Singh, a Kendall native and engineer by trade. "Some people could see the development as economic opportunities, but our mission is not to make a judgment but to hold up a mirror."

The "S" in S[lab] stands for sigma, the Greek letter used for summation, and reflects its members meeting through mutual circles last year. Soon after, the collective began to incorporate each other's independent projects, like the Calle 8cho series, which Peredo spearheaded to show the importance of preservation for historic neighborhoods.

After III Points awarded S[lab] a grant to debut its installation at the festival, the group had a matter of weeks to bring The Inflatable Skyline to fruition.

"It was born out of a conversation and what was going on in the world. I had to move three times after the pandemic, and rent was doubling," Mora adds. "I felt like I wouldn't be able to live here — and artists like us were all feeling that way before the pandemic. So it snowballed into, 'Oh, what is something people always know Miami by? The beach, art deco buildings, and the skyline.'"

"We wanted to talk about Miami's latest boom after the pandemic — with inflation rising like crazy and everybody moving to Miami and seeing it as a city of grandeur," Peredo says. "We wanted to tell you what Miami really is: a city of immigrants and people who moved here and left everything behind."

The group worked with a hot-air balloon manufacturer in Colombia and imported the recycled material and bio-based ink needed to start working on The Inflatable Skyline. Each building can stand as tall as 300 feet,  independently operated by a fan and on a platform 1,200 square feet wide — the average square footage of a Brickell apartment.

Installation view of The Inflatable Skyline
Photo by Ilsse Peredo
"We got this grant three weeks before the festival, and we went from small projects at Studio Santos to contacting manufacturers in Colombia," Mora says.

During III Points, "around 6,000 people walked around the skyline, and a couple of hundred want[ed] to understand what is going on," Santos says. "You can take it as cynical or as a plain-faced statement on a lot of America right now."

A music festival may not be the best setting for an art installation, but The Inflatable Skyline managed to muster curiosity and intrigue from festival-goers.

"The entry point is an Instagram moment, and then you can dive deeper. We asked people if they had a deeper meaning about the installation," Singh says. "We had a couple of ultra-wide monitors that acted like billboards within the skyline, and it was showing archival footage of Miami and satirical billboards we collaborated with [the creator of the Instagram account] Shadeland Mall."

"For 2023, we have a lot of exciting projects across hospitality, music, and art," Santos adds. "It's much more about growing awareness for what S[lab] is about: thought-provoking installations that light culture awareness."

Through their work, the artists want to highlight the beauty and blemishes of the city they call home.

"I think the skyline is an outsider's perspective of what Miami is," Singh says. "It's very much what is happening in Miami and inflation and inflated egos and the skyline itself, which is 80 percent empty at most times."
KEEP MIAMI NEW TIMES FREE... Since we started Miami New Times, it has been defined as the free, independent voice of Miami, and we'd like to keep it that way. With local media under siege, it's more important than ever for us to rally support behind funding our local journalism. You can help by participating in our "I Support" program, allowing us to keep offering readers access to our incisive coverage of local news, food and culture with no paywalls.
Make a one-time donation today for as little as $1.