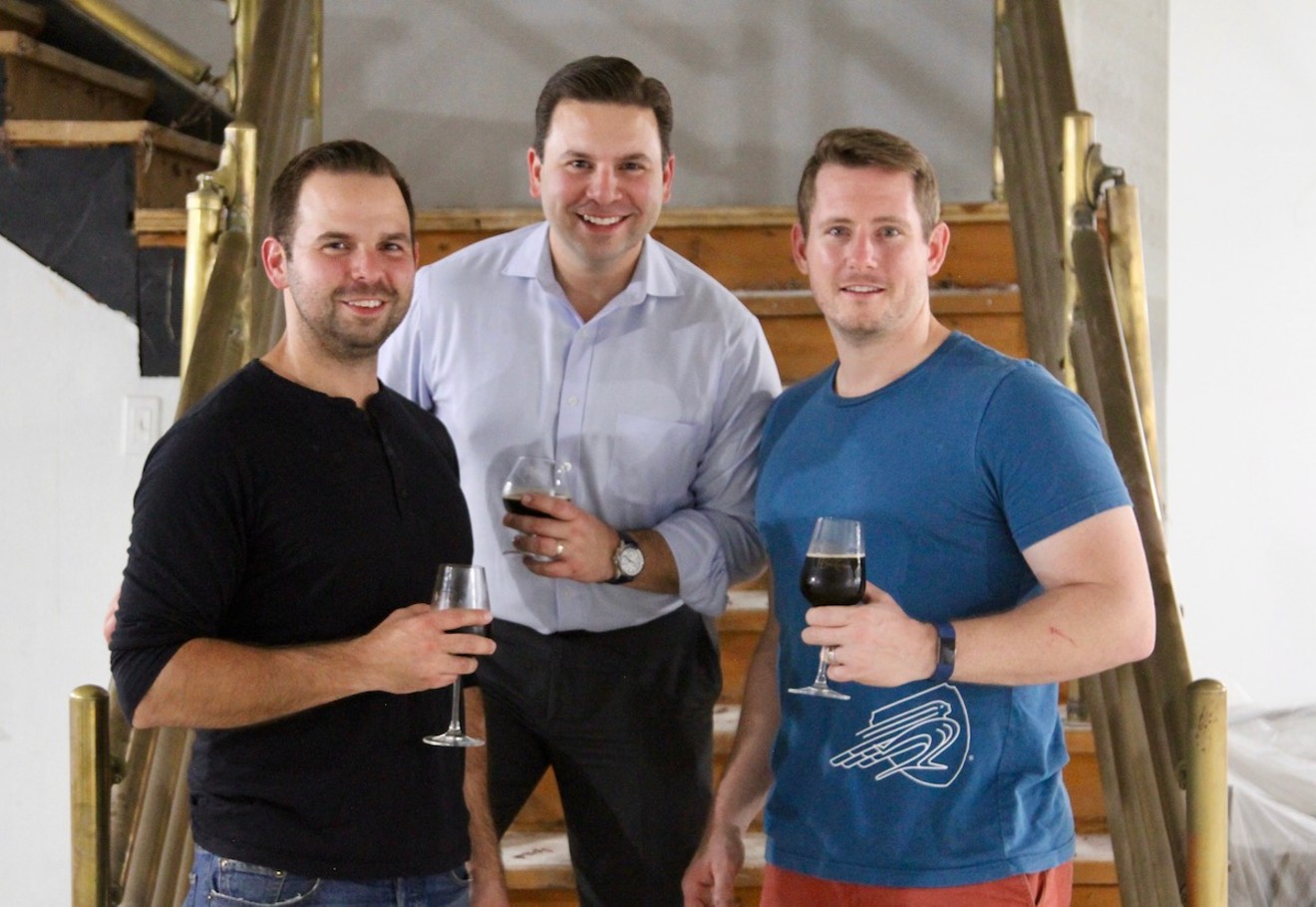 Alan Espino, a scientist and Beat Culture's cofounder, says the brewery has been in the works for more than five years. It's a project grounded in his appreciation for the biochemistry in the beer-making process.

Beat Culture’s design — think 1930s and '40s Americana — embraces retro inspiration while also giving the brewery a modern touch. That vision has come to fruition thanks to the support of numerous backers — more than 20 Miami-based friends and family members including Alan's brother and cofounder, Miami attorney Dan Espino; and head brewer Erik Durr.

"I've always been fascinated by the science in making beer," says Alan, who dedicated his senior thesis at Florida International University to understanding the science behind the metabolic activity in a glass of beer. "That fascination turned into a passion for making good beer."

When it opens later this year, Beat Culture will be home to a five-barrel brewhouse, a barrel-aging room, and an in-house restaurant known as 3rd Heritage Kitchen serving breakfast, lunch, and dinner. The menu, curated by Jr's Gourmet Burgers founder Jesus de la Torre Jr. will go beyond Torre's well-known burgers to provide a constantly rotating menu based on seasonality.

"The idea is to be able to source the best ingredients possible and constantly improve our brewing methods to keep our quality standard high," Durr says. "Plus, teaming up with Jr's will allow us to create a unique experience not only in the glass but also on the plate. This will be a fun, dynamic place for craft beer."

Durr will be responsible for developing Beat Culture's ever-changing beer and mead lineup. The idea is to offer a rotating selection of styles including different treatments and experimental one-offs. "We like to drink a variety of styles, and we want to be able to brew all of them here," says Durr, who is experimenting with several recipes for the brewery's opening-day lineup, including everything from a mango saison, an imperial stout, and a black lager to a hazy New England-style IPA.

According to Alan, it was also important to pay tribute to the community's past. The brewery's 8,100-square-foot space was once home to the Eastern Airlines employee lounge in the 1960s. Keeping the basic floor plan intact, they added a first-floor circular bar that feels spacious beneath the building's original pitched wood roof. The brewhouse will pour 15 exclusive in-house beers, meads, and ciders. Nearby, a barrel-aging room will provide a more intimate setting for seminars, events, and lounging.

"Being Miami natives, we wanted our brewery close to home. We are excited to be located in a space that is historically and architecturally unique while also being in the middle of the county," Dan says.

To sample Beat Culture beer before the brewery opens, join Durr during a spotlight at Union Beer Store in Little Havana at 7 p.m. May 3. Tastings are free, and the event is open to the public.

Beat Culture. 7250 NW 11th St., Miami; beatculture.co. Opening summer 2018.
KEEP MIAMI NEW TIMES FREE... Since we started Miami New Times, it has been defined as the free, independent voice of Miami, and we'd like to keep it that way. With local media under siege, it's more important than ever for us to rally support behind funding our local journalism. You can help by participating in our "I Support" program, allowing us to keep offering readers access to our incisive coverage of local news, food and culture with no paywalls.
Make a one-time donation today for as little as $1.