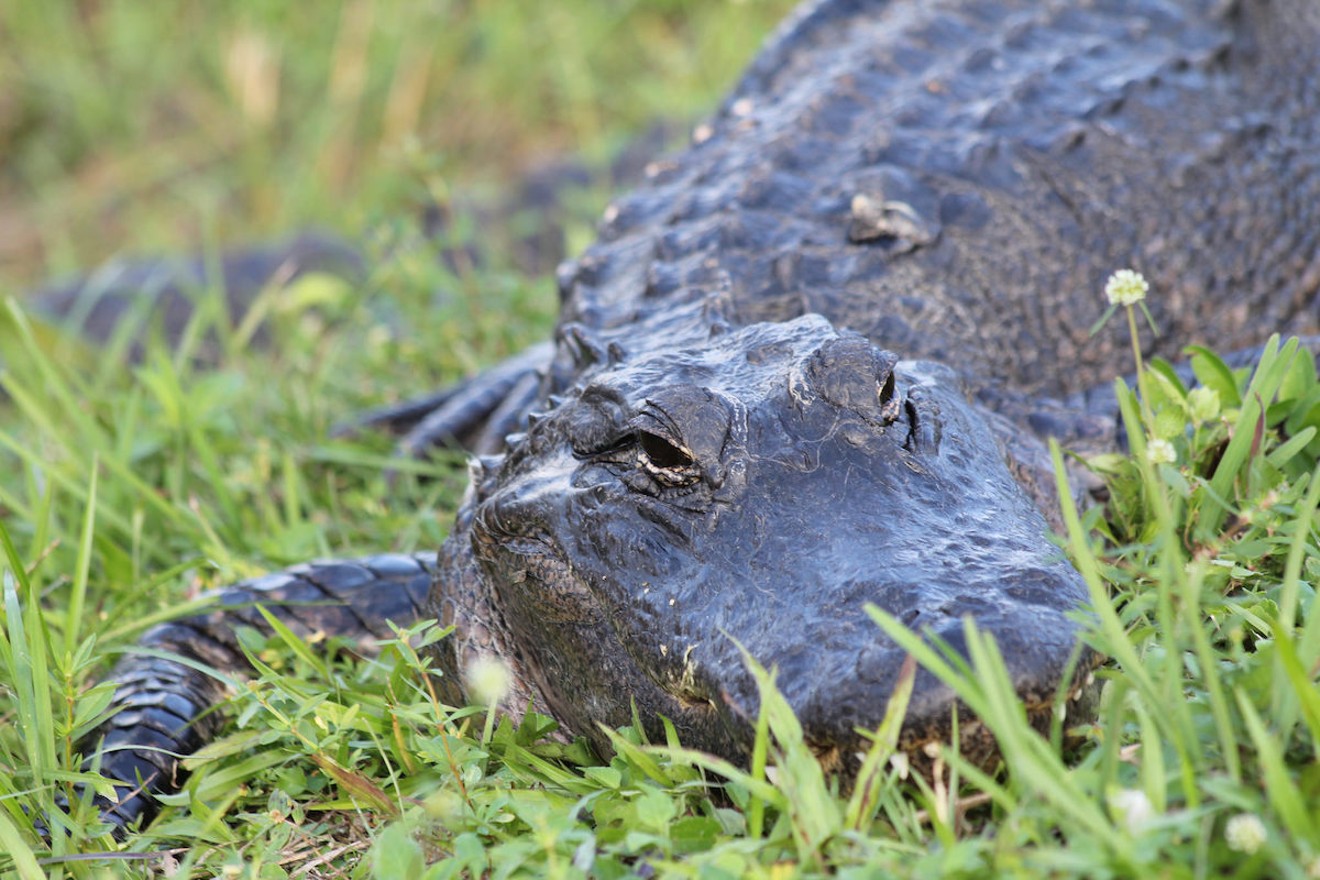 Photo by Allen McGregor / Flickr
If you've lived in Florida for more than a few months, you've probably absorbed some firm rules regarding the living dinosaurs that populate our swamps and canals. You never swim at night, and, honestly, you never set foot in any freshwater that isn't a swimming pool. You don't feed the gators.

And — this one is important — you always know that even if the giant reptile looks totally inert, it can move fast as hell if it feels like it.

An airboat full of Midwestern tourists learned that particular lesson this week and broadcast the whole ordeal live on Facebook:

The video was shot by Missouri native Tylor Hindery on Tuesday somewhere in the Everglades, though it's not clear exactly where he was taking an airboat tour. Hindery tells a news station in Springfield that the trouble began when the wind blew their boat close to the gator on the shore.

"You can reach out and slap him, can't ya?" someone on the boat ominously jokes, just before the gator flies into the airboat and chaos ensues.

Hindery tells the station that no one was hurt.

This has been your annual Florida alligator PSA for the Midwestern United States. Please pay heed.