Marco Rubio, a Soggy Piece of Wonder Bread, Has No Opinion About James Comey's Firing 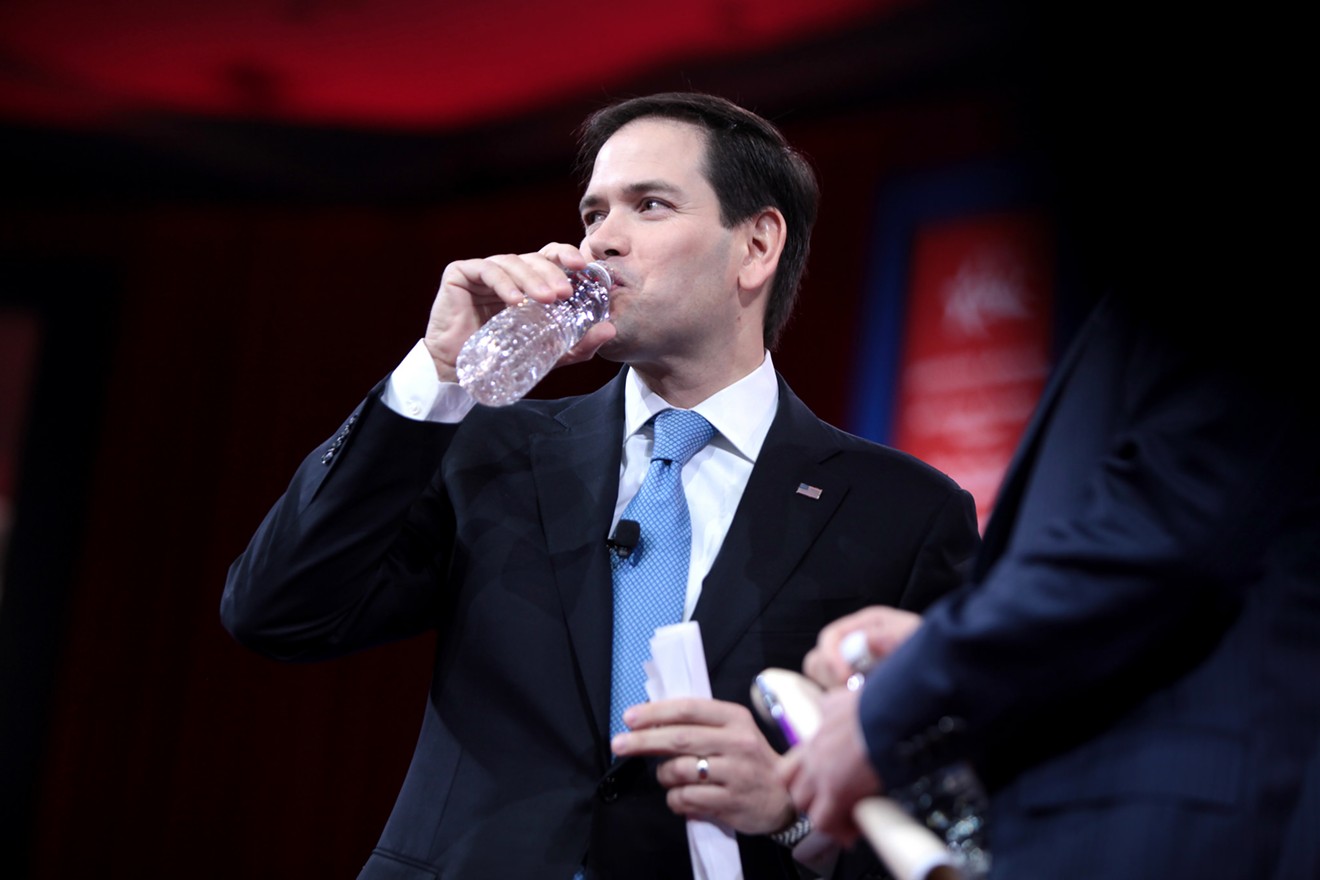 Any average voter would be irresponsible if they didn't have an opinion on stories this vital. Hell, go into any fifth-grade classroom and ask kids about those topics, and chances are good they'll have something to say about them.

Not Rubio, Florida's junior senator, a man so devoted to saying nothing that there's a decent chance he'd demur if asked whether he supports throwing puppies off bridges.

Get a load of Rubio's answer when ABC cornered him last night to ask about Trump's shocking firing of Comey — the very man leading a sprawling investigation into the Trump administration's Russian ties leading up to an election when Moscow hackers helped sink the Donald's opposition.


Marco Rubio "surprised" by Comey's firing, "but it's a decision the president's made and we'll go from here." https://t.co/PGVFL9o6DK pic.twitter.com/HWVS4DWLsR

"I was surprised," Rubio allowed. "But it's a decision the president has made, and we'll go from there."

Comey's firing is not the kind of action a sitting senator can equivocate about. Democrats warned that the move tottered on the edge of a constitutional crisis of the sort this nation hasn't faced since Richard Nixon fired the special prosecutor probing Watergate.

"[It] raises profound questions about whether the White House is brazenly interfering in a criminal matter,” said Rep. Adam B. Schiff, the ranking Dem on the House Intelligence Committee.

Many senior Republicans echoed that warning, such as the head of the Senate Intelligence Committee, Richard Burr, who said he was "troubled by the timing and reasoning" behind the firing.

Others in the party, of course, are standing up for Trump, noting that Democrats had called for Comey's head for months over his role in outing information during the campaign about Hillary Clinton's email scandal. That's a reasonable position to take!

What's unreasonable: for a U.S. senator to offer zero opinions about an extremely serious move by a sitting president.

Here's an honest question: Why is Marco Rubio in the Senate? During his presidential campaign, he made it abundantly clear he hates the job. He barely showed up to vote last time he held the office. And ever since Trump was sworn in this past January, Rubio has done everything in his power to avoid challenging the White House on even the smallest matter.

But maybe we're being unfair. Maybe Rubio was ambushed by ABC and just hadn't had time to put a coherent thought together on the Comey situation. Let's check in on his most recent tweets to see if he has shared any hot takes on the president's moves.

What's on your mind, Marco?