Why Is Major League Soccer Still Holding Out on Approving Beckham's Miami Team? 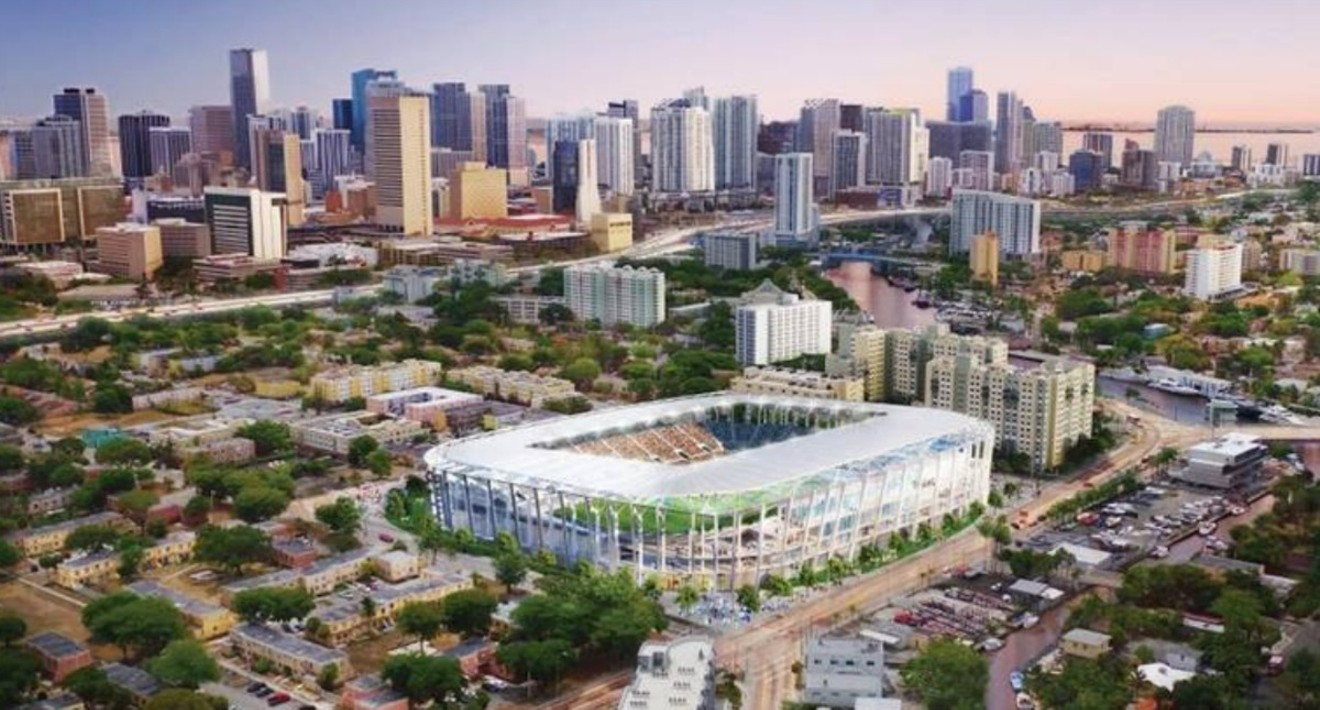 Courtesy of Beckham United
Miami's soccer faithful waited years for last night's Major League Soccer owners' meeting in Chicago. David Beckham's group finally has big-money investors, land for a stadium, and a plan to bring top-tier fútbol to the Magic City. On Wednesday, the local faithful hoped, MLS would finally sign on the line that is dotted.

Well, the good news is that Beckham's true believers have even more practice at waiting than Game of Thrones fans holding out for The Winds of Winter. Because they're gonna have to keep on holding on for now.

MLS's owners — who are still salty about Beckham getting into their club with a heavily discounted $25 million fee — declined to approve his franchise yet. Although they did give Beckham the green light for "final negotiations," it's clear they still have some serious misgivings about the long-stalled bid.

“I had some concerns they wouldn’t get past today,” MLS Commissioner Don Garber told reporters after the meeting.

Do those second thoughts have anything to do with Bruce Matheson's new lawsuit against Beckham's stadium? The wealthy heir to one of Miami's most storied local families has already sunk the U.S. Open's plans to expand the tennis stadium in Key Biscayne. He's now suing the county, claiming that Beckham's $9 million no-bid purchase of county land in Overtown didn't meet rules for a fair market price.

But Garber insisted the lawsuit is no big deal.

"I don't see the lawsuit as an impediment to the process," Garber told ESPN before the owners' meeting. "More importantly, as you've heard from [Miami Mayor Tomás Regalado], there will be a process where the public can weigh in, and we support that because we want to be good community partners."

So what exactly were the owners' "concerns" that held them up from giving Beckham the go-ahead to start an official MLS team last night?

Garber wouldn't say. And a spokesman for Beckham's group declined to comment to New Times about the meeting.

So it's anyone's guess what's holding up the final approval. Perhaps the owners simply want Beckham's purchase of county land to go through before they sign off. The former England star has until September to pay the county a final $450,000 for the land, the Miami Herald's Doug Hanks reports.

And there are still simmering tensions between the city and county, mostly over Commissioner Jose "Pepe" Diaz's move to allow only county cops and paramedics to work MLS games.

Perhaps the owners simply want every "t" crossed and "i" dotted on Beckham's land deal before they say aye. Last night's vote wasn't a disaster for his team. But it also feels like another setback after months of suggestions that this owners' meeting would finally see this long-dragging idea solidified.

For now, Miami's MLS true believers will have to go back to their other pastime: waiting.