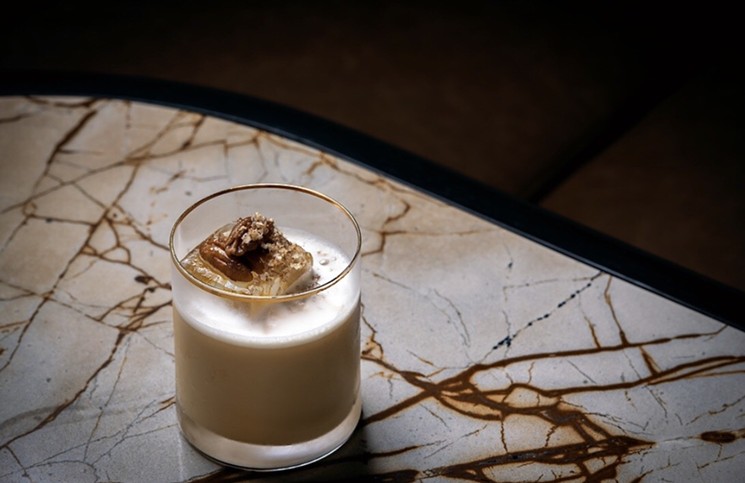 Friday marks National Rum Day, a time to celebrate the rich flavor of the spirit that infamously lubricated pirates and sailors in the 1600s. The main player in many favorite tropical cocktails, such as the piña colada and daiquiri, rum has a long history in South Florida dating to the days of rumrunners trafficking illegal liquor over the open seas. Plus, the region's rich Caribbean culture has made rum the unofficial spirit via the mojito and the Cuba libre. Let's face it: Rum is quintessential Miami. Local bartenders are honoring the Magic City's favorite spirit with National Rum Day concoctions, from classic zombies to creamy mai tais. All cocktails and specials will be available this Friday. 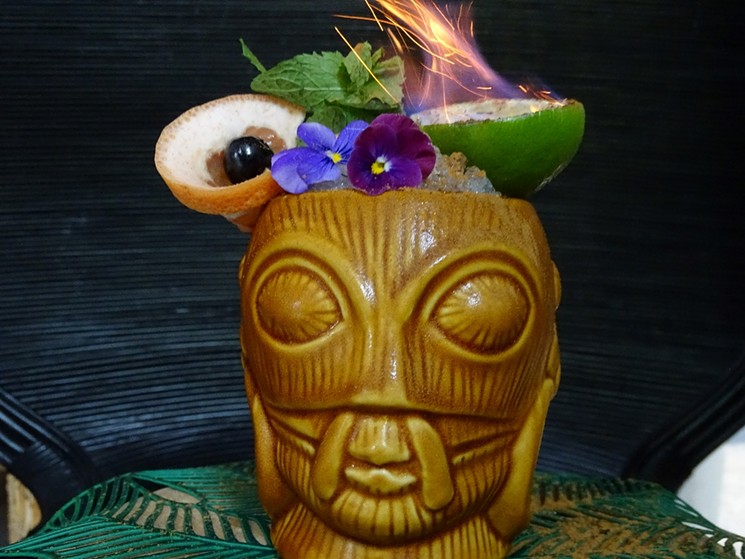 The Jet Pilot, a cocktail with a backstory.
Kimpton Angler's Hotel

Every Friday evening beginning August 16, tiki torches on the Sixth Street side of the Kimpton Angler's Hotel will light the way to a world of exotic food and drinks. The outdoor space will be transformed into a tiki paradise with bamboo umbrellas, torches, flamingos, and more. Jet Pilot will be open through Thanksgiving, when the Christmas-meets-tiki pop-up Sippin' Santa takes its place. Minnow Bar's Chris Resnick and his team have created this luau-themed cocktail experience. Executive chef Julian Garriga of the upcoming Seawell Fish 'n' Oyster will offer a themed small-bites menu that includes Spam loco moco, served with fried rice, foie gras, brisket, egg, and XO sauce; a suckling pig sandwich with smoked pineapple relish on a Hawaiian bun; and Hawaiian fried chicken. Bites will be priced between $11 and $16. Seawell, also at the Angler's, is slated to open this fall. 660 Washington Ave., Miami Beach; 305-534-9600; anglershotelmiami.com. Friday 10 p.m. to 2 a.m.

Saturday, Miami Bar Crawls will host “That’s So '90s Trivia & Bar Crawl” at five participating venues in Brickell. Beginning at 6 p.m. at the host bar, Blackbird Ordinary, attendees will receive a free drink at each spot, along with drink specials throughout the night. Trivia will take place at the start at Blackbird Ordinary, and dressing up is encouraged. Teams that dress up in 90s fashion will get bonus trivia points, and the grand prize for the four winning teams is a $100 cash prize along with “That’s So '90s” glow-in-the-dark medals. 6 p.m. Saturday, August 17, at Blackbird Ordinary, 729 SW First Ave., Miami; 305-671-3307; blackbirdordinary.com. Tickets cost $15 to $25 via eventbrite.com. 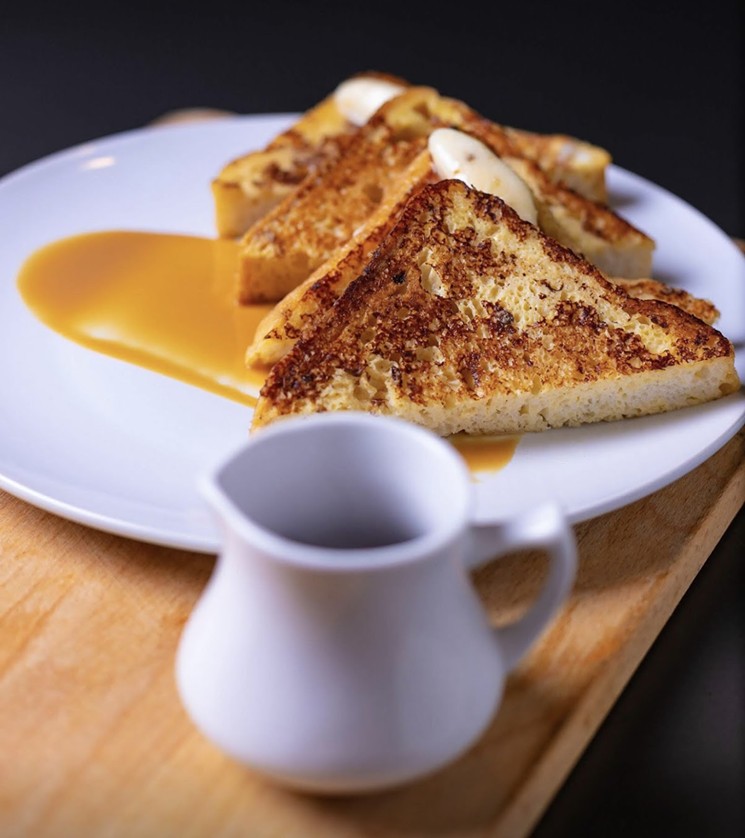 This weekend, enjoy brunch for the first time at Beat Culture. Plus, the brewery will debut a limited-edition bottle release, the Chismosa Mimosa, a champagne-style beer brewed with Florida oranges. The brunch menu, curated by Eating House's chef Giorgio Rapicavoli, will incorporate beer elements into dishes such as French toast with bacon butter and beer dulce de leche. 8 a.m. to 3 p.m. Saturdays and Sundays, at Beat Culture, 7250 NW 11th St., Miami; 786-431-5413; beatculture.com.

Celebrate the season kick-off of college football by barbecuing gator. J. Wakefield's Drain the Swamp Cookout will take place Sunday, complete with beer, food, and turnover chains. Expect gator tacos, gator sandwiches, and smoked gator, alongside non-gator options, such as ribs and pulled pork, as well as classic barbecue sides. The brewers at JWB created a special Drain the Swamp New England-style IPA for the event as well. 4 p.m. Sunday, August 18, at J. Wakefield Brewing, 120 NW 24th St., Miami; 786-254-7779; jwakefieldbrewing.com. Tickets cost $30 via eventbrite.com.
a
KEEP MIAMI NEW TIMES FREE... Since we started Miami New Times, it has been defined as the free, independent voice of Miami, and we'd like to keep it that way. With local media under siege, it's more important than ever for us to rally support behind funding our local journalism. You can help by participating in our "I Support" program, allowing us to keep offering readers access to our incisive coverage of local news, food and culture with no paywalls.
Make a one-time donation today for as little as $1.