Courtesy of Olla
6. Scott Linquist's Olla Quietly Closed. Olla, Scott Linqust's salute to his love of Mexican cuisine, quietly closed after dinner service and held a party for its employees. Linquist, however, didn't make it to the fete. "I already said my goodbyes to the staff. They were wonderful. Last evening was for them, but it's always hard closing a restaurant."

Courtesy of Izzy's
7. Izzy's Fish & Oyster Closes in Miami Beach, Opens in Fort Myers. Izzy's Fish & Oyster, Jamie DeRosa's ode to New England seafood houses, has closed. The restaurant, located in Miami Beach's South of Fifth neighborhood, was open for a little less than two years. DeRosa's other restaurant, Tongue & Cheek, closed in fall 2015 after a two-year run. It was located just a few doors down from Izzy's. Though South of Fifth is considered the more residential part of South Beach, both restaurants didn't get enough traffic to remain afloat, DeRosa says. "The north end at South of Fifth struggles to have an identity at times. The high-rise buildings are more vacant year-round, and Fifth Street still belongs to the tourists visiting and leaving the beach." DeRosa also cited the lack of affordable parking and foot traffic as additional roadblocks. 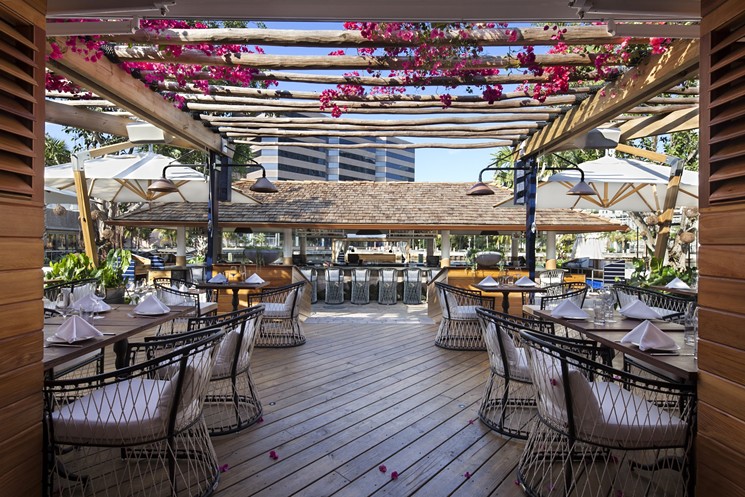 Courtesy of Maguires Hill 16
9. Maguires Hill 16 Closing After Five Decades in Downtown Fort Lauderdale. Maguires Hill 16, Fort Lauderdale's classic Irish bar, is scheduled to close Sunday night after 50 years in downtown Fort Lauderdale. The haunt that draws hordes every St. Patrick's Day and has been home to thousands of lovers, haters, fighters, and geniuses has been purchased by a hospitality group, owner Jim Gregory says. "It's time to move on," he says. "I am 77 years old, and I have been doing this since 1999."
10. Second Spring Chicken Shutters in South Beach. Restaurant magnate John Kunkel had an amazingly successful run. He opened Lime Fresh Mexican Grill 13 years ago and then, after expanding it to 16 restaurants, sold the whole operation for an impressive $24 million to Ruby Tuesday in 2012. He also opened South Beach's Yardbird Southern Table & Bar in 2011. The restaurant, known for its fried chicken and extensive bourbon selection, still commands long waits for coveted tables. And Kunkel opened Swine Southern Table & Bar, also a significant success, in Coral Gables.