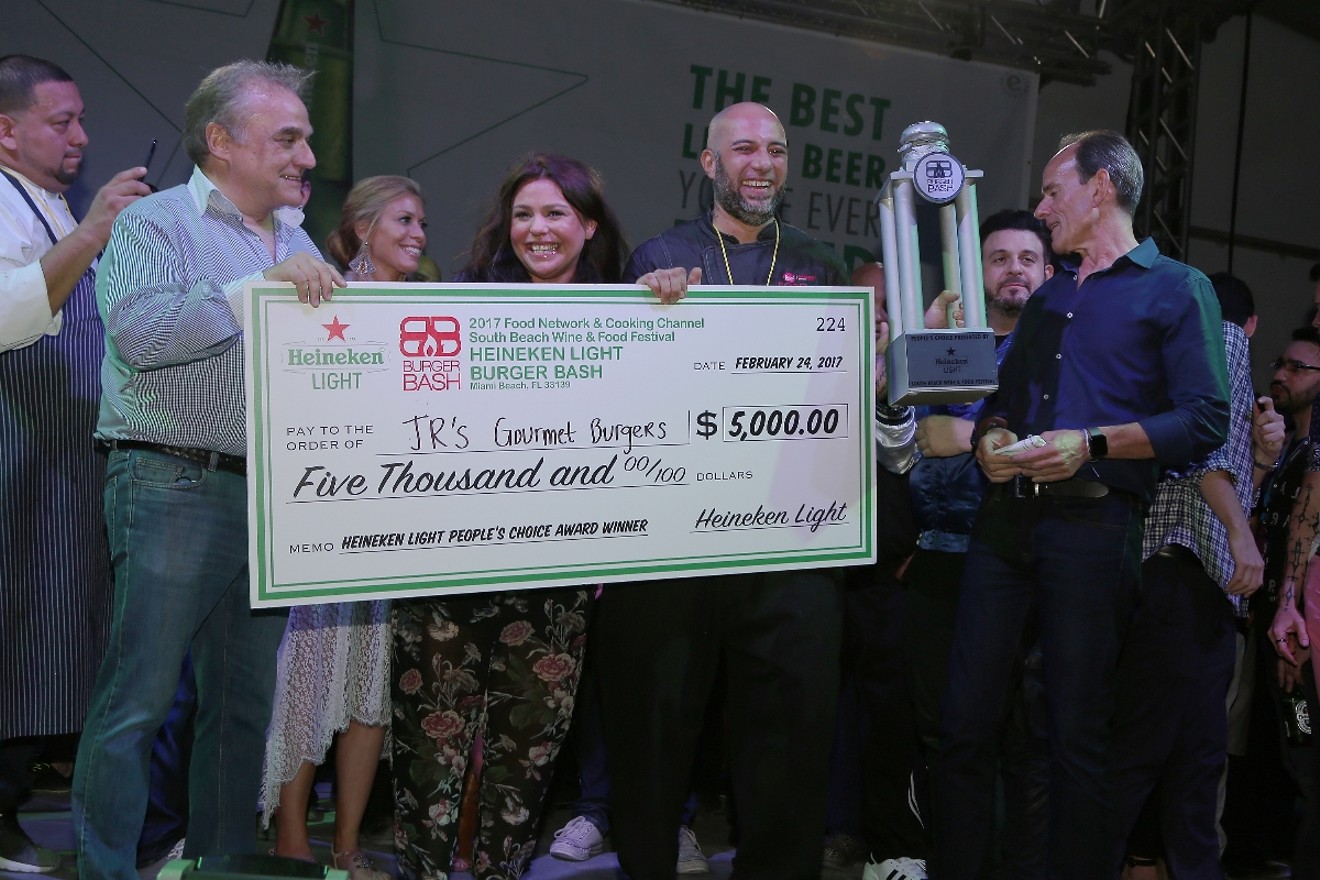 Miami Beach's briny ocean breezes were tinged with the scent of grilled beef last evening as thousands took to the sand for the South Beach Wine & Food Festival's Burger Bash — the annual feast that celebrates all things on a bun. 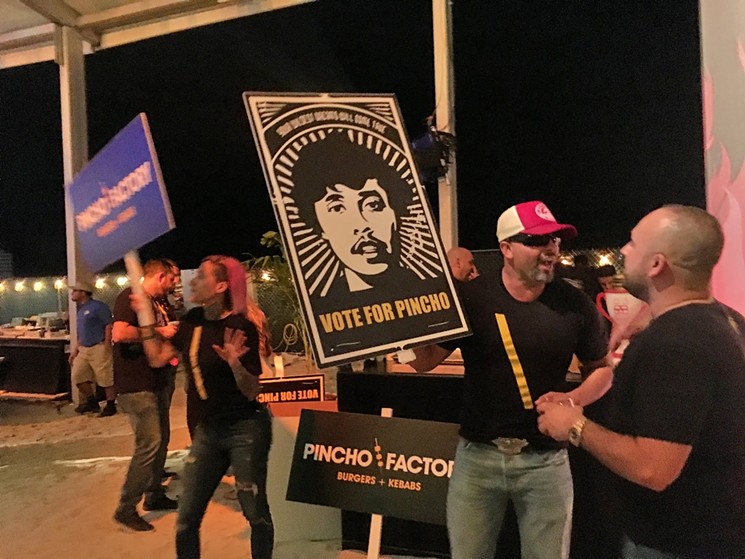 Vote for Pincho
Laine Doss
Restaurants from around the country competed, with Miami eateries taking over a major portion of the tent. Local favorites included Fooq's, Pubbelly, and Pincho Factory, which campaigned heavily to get out the vote for its Pincho burger.

Tucker Dukes' Lunchbox was awarded the Red Robin "Best of the Bash" title, which comes with a $10,000 prize purse and the opportunity to have the winning creation on the restaurant chain's menu. 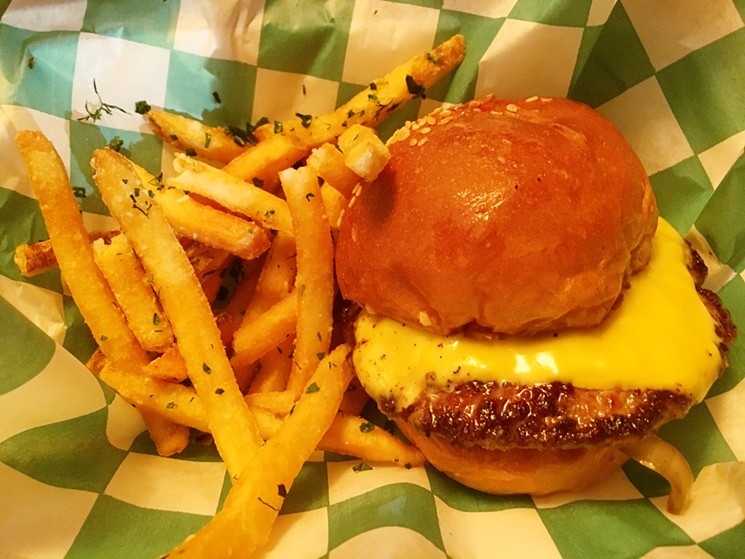 Little Jacks' Tavern burger
Laine Doss
The "Very Best Burger" title went to Little Jack's Tavern from Charleston. Presented by Schweid & Sons, the title came with a check for $2,500. The winning "Tavern Burger" was comprised of a smashed beef patty with American cheese, onion, and sunchoke relish on a sesame seed bun. 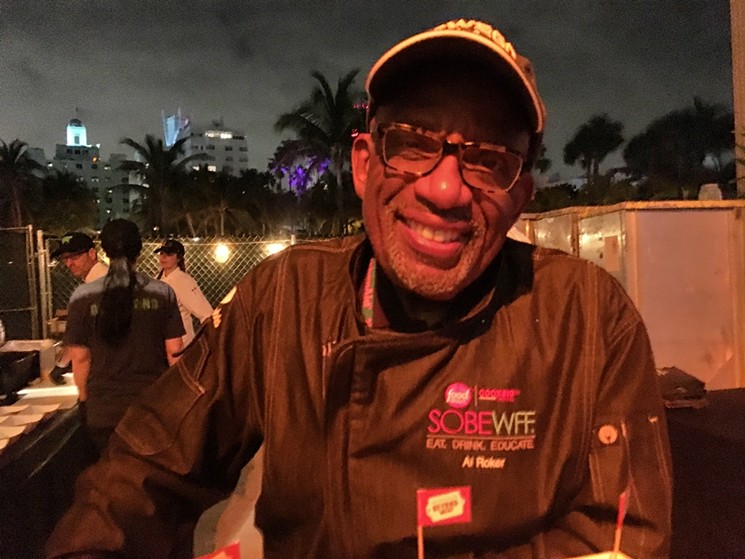 Al Roker
Laine Doss
Of course, the highlight of the evening — and every Burger Bash, was an Al Roker sighting. The Today Show celeb was dishing out Beyond Meat burgers and schmoozing with fans who queued up to get a selfie and a nibble of his meat-alternative sandwich.