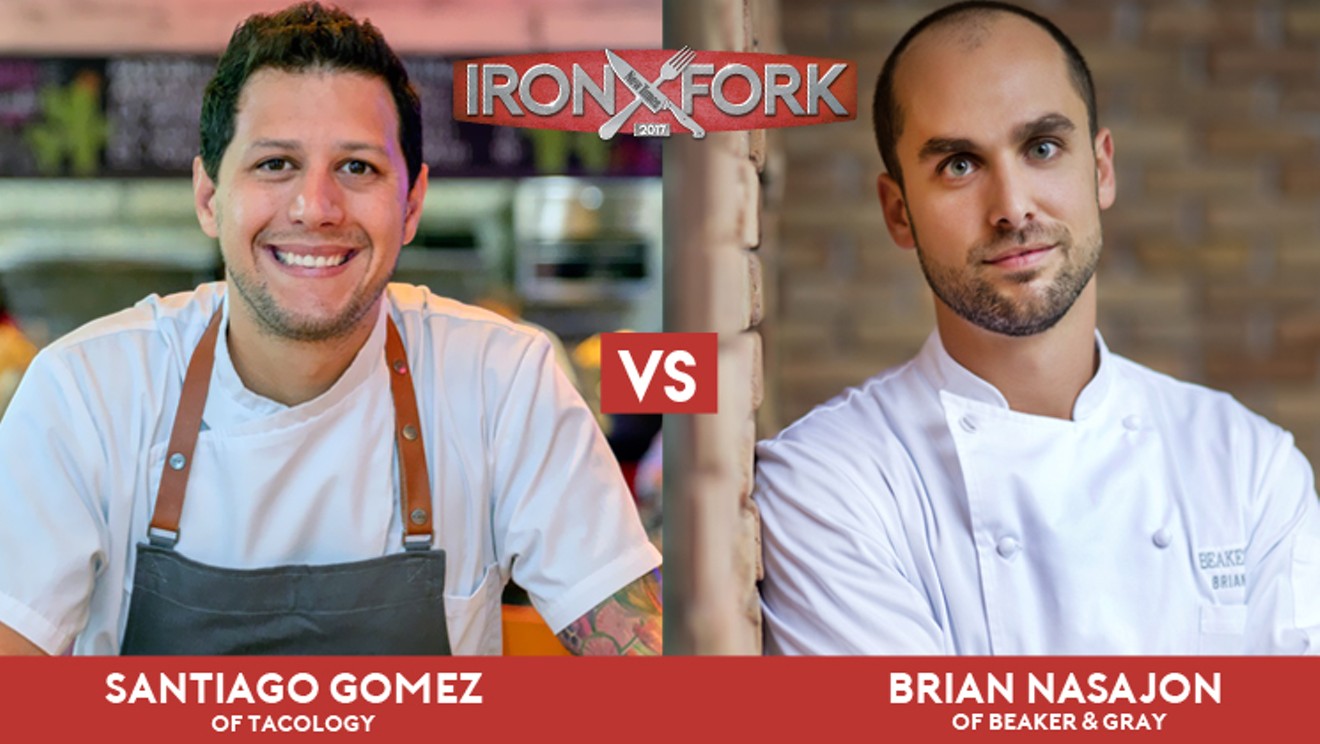 It'll all go down Thursday, October 5, when Tacology's Santiago Gomez will face off against Beaker & Gray's Brian Nasajon in an epic battle of fire, blades, and cunning at the Hyatt Regency Miami.

Iron Fork benefits Miami Rescue Mission through a silent auction and raffle. The Mission will also collect all unused food at the end of the evening to feed locals in need of meals.

Right now, general-admission tickets cost $40 each through August 20. But hurry! This Monday, August 21, prices will increase to $50 for general admission through October 4. On October 5, tickets at the door will cost $60.

Go big with VIP tickets and you'll receive perks such as entry into Iron Fork at 6 p.m. for an extra hour of food and fun. In addition, VIP ticketholders will have access to a special lounge with complimentary drinks from Estrella Damm, Voga Italia, and Barton & Guestier, along with exclusive food from BLT Steak, BLT Prime, River Yacht Club, and Glass & Vine. VIP tickets cost $70 through August 20. On August 21, VIP tickets will cost $80 through October 4. On October 5, VIP tickets will cost $90 at the door if they're not sold out. Tickets for this 21-and-older event are on sale now at newtimesironfork.com.