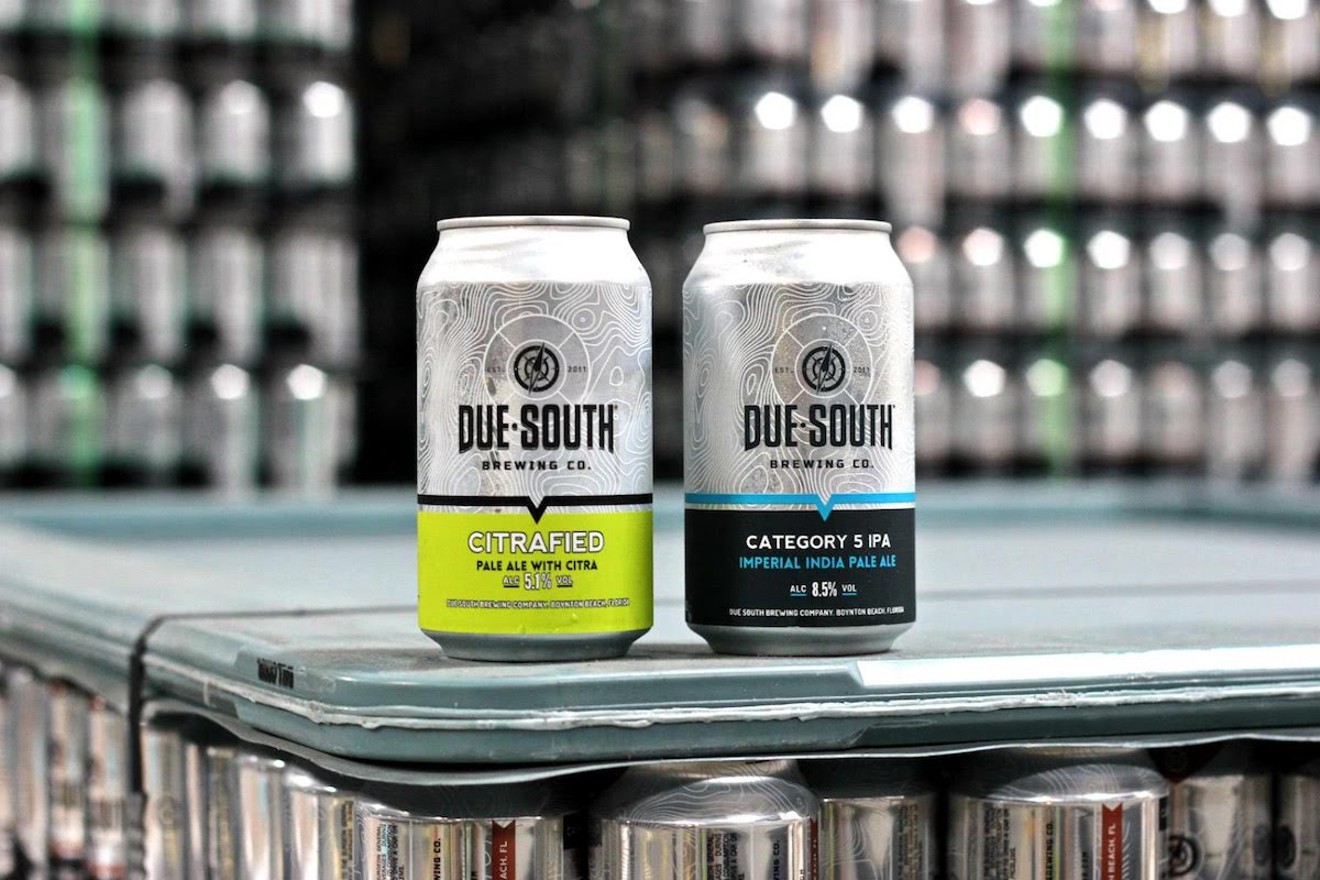 More than 25 styles and 400 beers were entered into the 2017 nationwide event, pitting commercially canned beers against one another in order to highlight the benefits of canning versus bottling.

Twenty-four judges from across the Southeast analyzed each beer. Five were professional brewers, ten had a beer judge certification, and others were experts in the beer industry. Judging took place over five days, and the competition was sanctioned by the Beer Judge Certification Program.

MIA Beer Co. cans a number of styles, including a Berliner-style Weiss, a golden ale, a white IPA, and Belgian-style tripel.
Photo courtesy of MIA Beer Co.
MIA Beer Co. garnered the gold medal for its Tourist Trappe in the Belgian-style tripel category, and Due South was awarded a silver medal for its Category 5 IPA in the imperial pale ale category. The Boynton Beach brewery also took home a bronze medal for Citrafied, an American-style pale ale, and MIA Beer Co. snagged the silver for its Mega Mix in the same category.

Due South, which began canning its Category 3 IPA and Caramel Cream Ale in 2014, was the first production brewery to can beer in South Florida. The idea of putting interesting and complex beers into cans was pioneered by Oskar Blues Brewery in 2002.

Because Due South doesn't filter or pasteurize its beer, it's considered a perishable product after 90 days, but cans allow the beer to stay as fresh as the day it was brewed, says Doug Fairall, Due South's brand manager.

"During our tours, we like to show people the inside of the cans, each of which are covered with a beer-safe, food-grade epoxy so the beer never touches metal and retains the freshest flavor possible," Fairall explains. "Cans are lightweight, easily recyclable, and act as a type of ‘minikeg’ for our beers. Light is one of the biggest destroyers of hop flavor, so you eliminate that with a can. If you don't want skunky beer, the best thing is to put it in a can."

The Can Can Awards, now in its second year, strives to promote the benefits of aluminum cans and break the stereotype that some beer styles — from oak-aged stouts to sours — aren't suitable for canning. Helping the cause are South Florida's MIA Beer Co. and Due South, which have canned everything from MIA's Neon white IPA to Due South's Mexican Standoff, a porter infused with chili peppers, chocolate, vanilla, and cinnamon.

According to 2016 sales data compiled by the Can Can Awards, canned craft beer makes up less than 10 percent of the total craft beer market, while bottled craft beer composes more than 65 percent of all beer sold and packaged outside production facilities.

Though cans are increasing in popularity, they aren't getting the recognition they deserve for cost savings, preservation of the beer's flavor and quality, and easy recyclability that's better for the environment than glass.

"It's South Florida," says Mike Halker, owner and founder of Due South, "the land of boats, beaches, and pools: all places you can't go with glass. Once you throw in all the reasons cans are better than glass for the beer, it's a no-brainer. We're all about the cans."