Later that year, the court sided with them, signifying a dramatic shift in how juvenile sentences ought to be handled.

"Mandatory life without parole for a juvenile precludes consideration of his chronological age and its hallmark features -- among them, immaturity, impetuosity, and failure to appreciate risks and consequences," Justice Elena Kagan wrote in the opinion. "It prevents taking into account the family and home -environment that surrounds him -- and from which he cannot usually extricate himself -- no matter how brutal or dysfunctional."

Five months after Kagan wrote those words, on June 25, 2012, Ivins would be charged as an adult on charges of shooting into a building, burglary while armed with a firearm, and felony cruelty to animals with a firearm.

Prosecutors offered Ivins a plea deal of 20 years, but the teenager instead decided to plead not guilty and take his chances at trial, which began on April 30, 2014, and lasted three days. Charging Ivins as an adult, prosecutors sought the maximum sentence: 30 years in state prison. That would keep him locked up until age 46 for killing a retired police dog.

News clippings describe how Simmons, the veterinarian, testified about the damage from the bullets and the procedures taken to heal the dog. Boody, the Florida highway patrolman, also took the stand, breaking down in tears as he recalled the pain his dog went through.

Ivins never denied being in the house, but he denied shooting the dog.

Sure, he'd confessed right after his arrest, but Fleischman argued it was coerced, citing Detective DiMola's fib about shooting a retired police dog being equal to shooting a human police officer.

No weapon was ever found, and Ivins' DNA was not recovered at the scene of the crime. Of the teens with him during the robbery, 19-year-old Gilson Gilles got seven years for armed robbery and animal cruelty, and the other was a juvenile whose record is shielded from public view.

Fleischman argued that it was impossible to prove beyond a reasonable doubt that his client shot the dog. But that didn't sway the jury: Ivins Rosier was found guilty of all three charges.

"He's not a child," she told the jury matter-of-factly.

By the time Ivins had his trial, he had been locked up in the Palm Beach Juvenile Detention Center since his arrest -- about 18 months -- and was now 18. Volunteer pastors at the facility say Ivins renewed his interest in the Bible, and he even finished his high school education, earning a diploma.

During a graduation ceremony, complete with hats and gowns, Ivins' mother felt conflicted: happy he completed high school but not sure what good it would do.

"It wasn't like his brothers' graduations -- he was in jail," Nanci says, sighing as she looks away.

Had Ivins been charged as a juvenile, he would have likely continued in a similar rehabilitation and education-focused program. Heather DiGiacomo, spokesperson for the Florida Department of Juvenile Justice, says convicted juveniles get assessed and placed in programs tailored to their needs, such as anger management or drug counseling. Detainments are usually between 18 and 36 months.

Education is also mandatory in these programs, unlike in state prisons. Ivins could likely have completed some online college courses and a vocational program. The facilities are also small (around 60 beds), and efforts are made to keep inmates close to home so family can make regular visits. In Ivins' case, he ended up 120 miles from home, at the Desoto Annex, a 1,400-bed, medium-security adult prison in Arcadia, Florida.

Charged as an adult, however, he faced a minimum of 20 years in state prison under Florida's 10-20-life law -- a sentencing scheme that became law under Gov. Jeb Bush in 1999. The law mandates minimum sentences for a wide range of felonies in which the convicted has a firearm. The rule is ten years for possession of a gun during a felony act, 20 years for firing the gun, and 25 to life for shooting a person. Ivins' case mandated 20 years.

Still, Palm Beach County Circuit Judge Robin Rosenberg could have opted to sentence Ivins as a "youthful offender" and handed Ivins a six-year sentence in a facility with other youths of similar age.

But Rosenberg, who would be confirmed by the U.S. Senate for a federal judgeship one month later, refused to use that option. Instead, she handed down the 20-year sentence and added three more for the animal cruelty conviction -- a total of 23 years.

Ivins' brother Ivenor made the trip down from Kentucky to take his mother to the sentencing hearing. "My mom cried. I just stood there. Reporters wanted to talk to my mom, but we didn't want to talk to anybody. They just made Ivins seem like a bad person. His face was literally all over the place -- on the front page, on TV. It just pissed me off."

Fleischman still advocates for his client's innocence and is working on an appeal. But even if guilty, Fleischman says, a 23-year sentence for killing a dog is incredibly unreasonable.

In April 2014, Human Rights Watch published a report dedicated to "direct file" titled "Branded for Life" that argued that the Sunshine State's tendency to charge kids as adults is out of control. Fourteen other states have some sort of direct-file law, but Florida uses it the most. In other states, youths are assessed by psychologists, and judges decide how they're charged.

"It's a very harsh tool for a problem that never existed, and it continues to be used in cases where there's no need," says Alba Morales, lead author of the report. "And here you have a mechanism that allows a single individual in the form of a prosecutor who can override [a -checks-and-balances process]. And there's no real control over how they can use it."

Florida Department of Juvenile Justice statistics show that black juveniles are direct-filed at a far greater rate than white children. 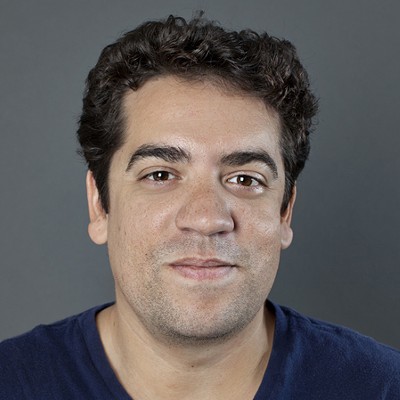