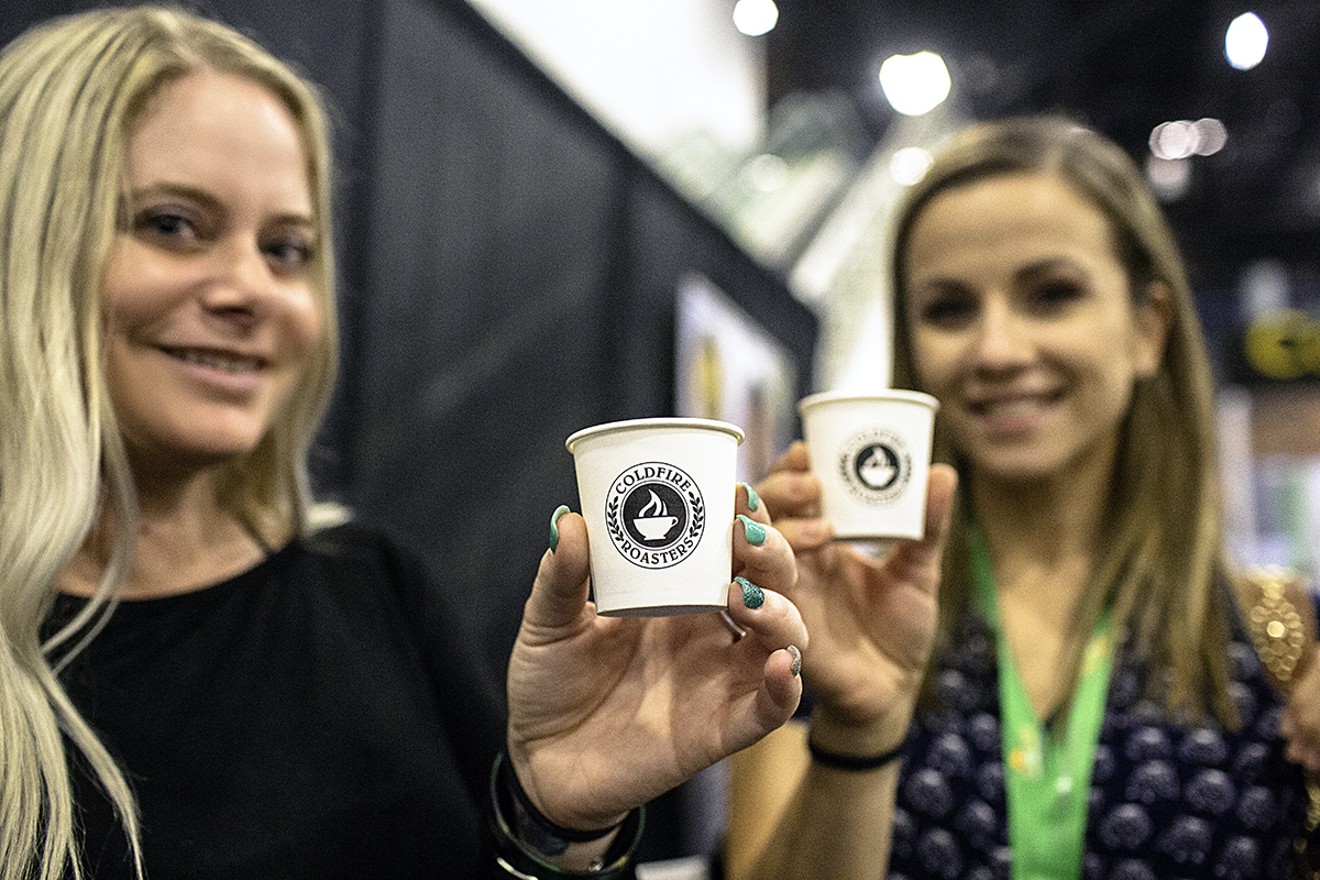 Photo by Carlos Miller
It is sometimes said the only reason crystal meth did not take off in Miami is because of what tourists refer to as "Cuban cocaine": that sweet, nectary shot of espresso that keeps the city running — and triggers occasional episodes of road rage.

But now a Florida company has introduced a brand of Cuban coffee infused with cannabis that is meant to take the edge off. And, no, it will not make you high, because it contains only CBD, the non-psychoactive compound in cannabis proven to reduce anxiety.

“We call it cafecito con calma,” says Hector Mendez, cofounder of Coldfire Roasters, who was promoting the coffee at the USA CBD Expo in Miami Beach over the weekend. 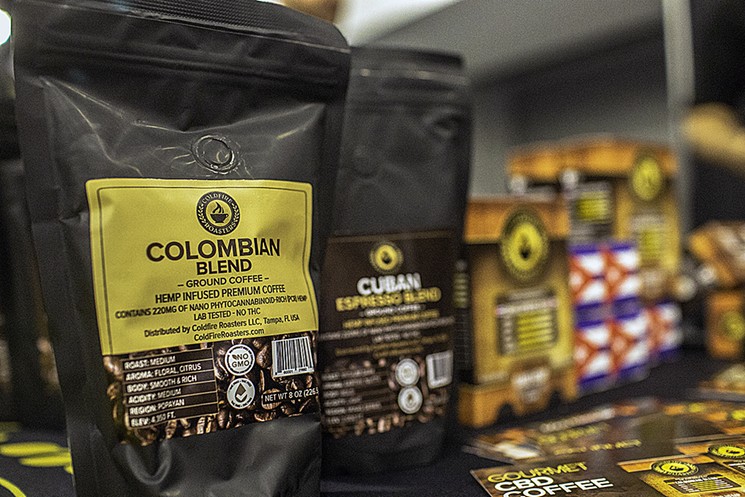 Colombian-blend coffee infused with hemp
Photo by Carlos MIller
Although Mendez lives in Miami, Coldfire Roasters was founded earlier this year in Tampa, where his business partners live. Tampa's Cuban culture, in fact, precedes Miami's, going back to the turn of the 20th Century when Cubans worked in the Gulf Coast city's tobacco industry.

Miami's favorite brand, Café Bustelo, was founded in 1928 in New York City by Gregorio Menendez Bustelo, a Spanish immigrant who had arrived in the United States from Cuba. And Cafe La Llave, another Miami favorite, was founded in 1967 in Los Angeles by the Cuban immigrant descendants of José María and Ramón Gaviña, brothers who immigrated to Cuba from Spain in 1870 and launched a coffee company that still exists today.

Like the traditional brands of Cuban coffee, Coldfire Roasters' Cuban espresso is rich, dark, and bold. The added CBD is tasteless. Each shot of espresso includes about 10 mg of CBD, an appropriate dosage. And it delivers as promised. Mental alertness and focus without the jitters.

The company also offers a CBD-infused Colombian blend, which has a smoother body compared to the Cuban espresso.

Mendez, who also owns Studio Center Productions in Miami Lakes, says the coffee company plans to open its first brick-and-mortar store in South Florida within the next several months.

"We will be selling coffee without CBD because we want to cater to everybody," he says, "but our specialty will be hemp-infused coffee."

Watch this video to learn more about the company.
KEEP MIAMI NEW TIMES FREE... Since we started Miami New Times, it has been defined as the free, independent voice of Miami, and we'd like to keep it that way. With local media under siege, it's more important than ever for us to rally support behind funding our local journalism. You can help by participating in our "I Support" program, allowing us to keep offering readers access to our incisive coverage of local news, food and culture with no paywalls.
Make a one-time donation today for as little as $1.