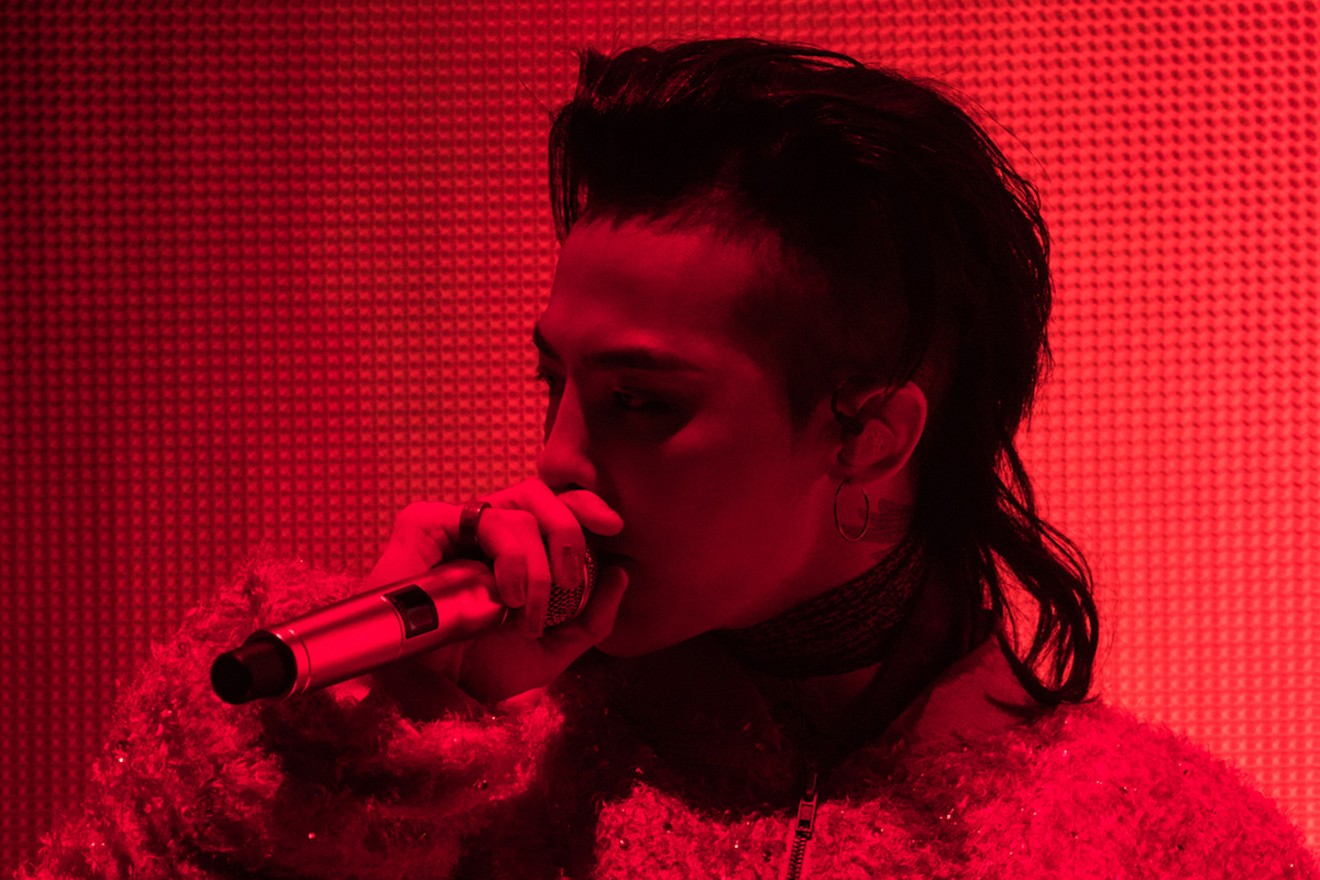 G-Dragon YG Entertainment
On July 25, an international pop music mega-star will swoop down upon American Airlines Arena. He’s sold millions of albums and drawn countless screaming fans to his side, and it’s likely you’ve never even heard of him. His name is G-Dragon, and he’s the most popular singer in South Korea.

It might seem perplexing that an artist from a tiny East Asian nation, one that doesn’t even rave about nuclear weapons, could draw enough people to fill the AAA. The reason, as it turns out, has as much to do with politics as music. In the late '90s, South Korea began to aggressively subsidize its entertainment industry in an attempt to compete with Japan and the United States as a cultural exporter. Along with film and television dramas, the nation flooded money into pop music, funding enormous labels that created dozens of pop groups and drew from the latest international trends in music. By every measure, K-pop and the Hallyu — "Korean Wave" — succeeded in increasing Korean global stature, but they also resulted in some of most exciting popular music being made today.