She won't back down. Your move, Governor. Screenshot via YouTube

Floridapolitics.com reported late last week that Tom Petty’s song “I Won’t Back Down” is now playing against a montage of key moments in feminist history in a new Nikki Fried ad. According to a statement Fried's campaign provided, the Democratic gubernatorial hopeful is using the song with the Petty family’s approval and so will not face copyright-infringement issues like former president Donald Trump’s campaign did when it played the song at Trump rallies in 2020.

In the spirit of patriotism and equal time, here are five hit songs Florida Gov. Ron DeSantis could probably secure rights to without breaking a sweat.

Paul Anka & Odia Coates
Because this misogynist No. 1 1974 comeback for Paul Anka is bound to play well at the Villages. Get out the vote…baby!

Anita Bryant
Because everyone knows that “[if] gays are granted rights, next we'll have to give rights to prostitutes and to people who sleep with St. Bernards and to nail biters.” Save our children!

Pat Boone
Because Pat Boone made a career out of appropriating the work of Black artists for a lily-white audience. We can’t help but picture Christina Pushaw bopping along.

Ted Nugent
Because it’s a dog whistle to racists who remember precisely where they were on January 18, 2014, when the Motor City Madman referred to then-President Barack Obama as “a chimpanzee” and “a subhuman mongrel” in a video interview with guns.com.

Also because fundamental values: “I didn’t change the lyrics to ‘Wang Dang Sweet Poontang’ or anything but I was constantly reminded of her presence to always take the high road and be a gentleman at all costs,” Nugent said in 2007 as he prepared to unveil a 7,800-pound monument to his mom, the “positive inspiration” in his life, at Durty Nellie’s, a pub in suburban Chicago.

Aerosmith
Because what DeSantis-backing Florida Man or Woman would be able to resist a Post-Roe America campaign video montage set to lyrics like “Sing with me, it's just for today/Maybe tomorrow the good Lord will take you away….”

(But only if Ron treats Steven Tyler right.)
KEEP MIAMI NEW TIMES FREE... Since we started Miami New Times, it has been defined as the free, independent voice of Miami, and we'd like to keep it that way. With local media under siege, it's more important than ever for us to rally support behind funding our local journalism. You can help by participating in our "I Support" program, allowing us to keep offering readers access to our incisive coverage of local news, food and culture with no paywalls.
Make a one-time donation today for as little as $1. 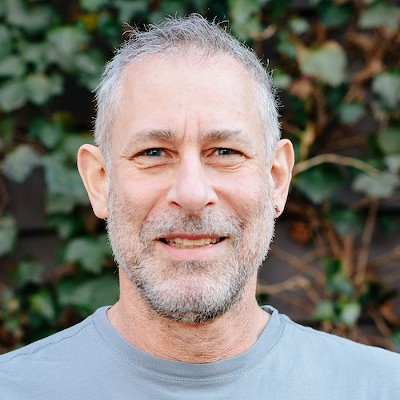