The Miami Jewish Film Festival will screen a homemade documentary for its world premiere right in the city it covers. With The Last Resort, Dennis Scholl, president of ArtCenter/South Florida and former VP for arts at the Knight Foundation; and Kareem Tabsch, cofounder of O Cinema, will take audiences on a journey through South Beach in its infancy via the photographers who documented it beautifully over the years.

"There weren't always people stumbling out of clubs at 6 in the morning or people Rollerblading in bikinis on Miami Beach," Scholl notes. "When I came here, it was different, and we want people to remember that it was different. I always joke, and Kareem always laughs at me, that you may not know it, but everybody's nana grew up on South Beach. People have forgotten that!"

Scholl says many people who worked on the film told him their own grandmothers were a part of the Jewish community in Miami Beach in the '70s. In The Last Resort, the directors not only explore that community but also the lives of photographers Andy Sweet and Gary Monroe, who dedicated a portion of their lives to documenting it.

"We really love the work Andy and Gary did, and it speaks for itself so much that it almost doesn't matter where it happened," Tabsch explains. "But the reality is that it happened in our own backyard, in our own community, and it's such a fascinating and oft-forgotten part of our history that we wanted to shine a light on both the work of these two artists and the community they were documenting."

Though the two photographers worked in entirely different styles — Sweet's was colorful and casual, while Monroe embraced formality and black-and-white imagery — each one created a time capsule with his work. The two embarked on an ambitious ten-year project to document South Beach's aging Jewish residents, but Sweet's life was cut short in the '70s when he was murdered at the age of 28 in his Miami Beach apartment. Monroe lived on to finish the project and helped in the restoration process of his partner's photography after it was rediscovered in the 2010s. 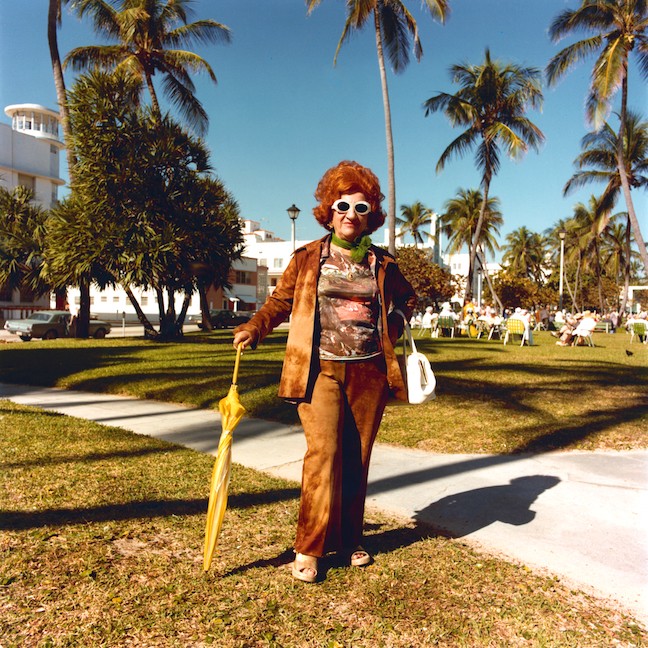 See more photos from Andy Sweet's photo legacy.
Courtesy of Andy Sweet Photo Legacy
"[Sweet] was such a young guy — that's the thing that makes it really difficult," Scholl says mournfully. "What's really lost is the ability to see him pursue work on an international level. Who knows what he would have done?

Still, Scholl continues, "the relationship between him and Monroe is wonderful to hear about. You can feel the humor of how different they were. One guy was superchill, and the other was superintense, yet they both made awesome work. It goes to show that, when making art, there's not one way to do it."

Through a massive collection of archival footage, along with restored Sweet and Monroe photographs, the film gives historical context for every piece of media it presents, including interviews with Pulitzer Prize-winning journalist Edna Buchanan, filmmaker Kelly Reichardt, and Andy Sweet's family, among others. Monroe serves as a guiding voice, keying the viewer in on their styles and South Beach's former personality.

"Everyone was really eager to participate and was forthcoming with their memories and thoughts," Tabsch says. "We weren't hounding anyone for an interview, and they were so willing to share their memories of Andy's work and of that time period in Miami Beach's history. Gary was an integral part of that. He kept the ten-year project going after Andy's death and also had the opportunity to continue building a body of work that was very fluid, while Andy was kind of frozen in time."

Adds Scholl: "You think about Andy's New Year's Eve photos and how they are so full of life that you want a soundtrack to play with them. But you can't think of the moment when South Beach began to crumble and not want to look at Gary's [photos] because it's the loneliness and the solitude that he was so good at capturing. They each have their moment photographically in the film, and the joy for us was in telling this story via the photos." 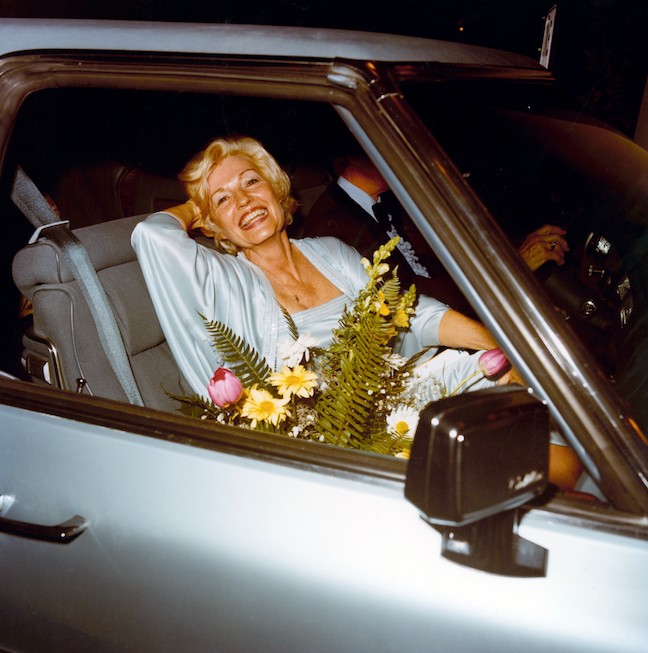 See more photos from Andy Sweet's photo legacy.
Courtesy of Andy Sweet Photo Legacy
Scholl and Tabsch are dedicated to telling unique stories in South Florida, as evidenced by their respective films. Scholl's Deep City (2014) explores the early days of soul music in South Florida, while La Reina de los Jueves (2014) follows the story of Cuban ballerina Rosario Suarez. Tabsch's Cherry Pop (2014) is a documentary about the world's fanciest cat, and Dolphin Lover (2015) tells the story of a man who had sex with a dolphin. In each filmmaker's work, one finds an unknown history that's been waiting to be told.

"'There are eight million stories in the naked city. This has been one of them' is a line I'll never forget from The Naked City, and it speaks to Miami so well," Tabsch says. "We sometimes take living in Miami for granted, and maybe we don't honor our history enough, but we have to recognize the history of the communities that make this city as fascinating as it is. We could complain about a lot of things, but we can't complain that Miami isn't a diverse city, a fascinating city, and one with a real, rich history for how young it is."

"There's documentary gold in this city, and we're gonna mine it," Scholl laughs. "Having lived here for 54 years now, I see that we're a community that is finally beginning to tell its own stories. We quickly came to the conclusion that there haven't been that many local documentarians taking Miami stories and putting them on the screen. We just think there's something here. We don't have to go anywhere to make great documentary films."