In 2017, Miami gained some fine eateries but also lost some of its most beloved, including three markets that were iconic institutions for people who like to eat outside the box.

The reasons behind the closures ranged from retirement to Hurricane Irma to rising rent in a city where the real-estate market is relentless.

Epicure Market closed its remaining two locations, leaving Miamians scrambling for places to find prepackaged gourmet items. Likewise, the shuttering of Japanese Market and Sushi Deli left holes in the hearts of locals wanting pristine sushi. Stephen Starr's the Continental thrives in the City of Brotherly Love, but the retro-themed restaurant didn't fare as well in Miami Beach. And before Miami became home to several craft breweries, World of Beer was one of the few places to get a proper selection of suds. All of the store's Miami-Dade locations closed this year.

Here are the establishments we'll miss most and the stories behind the closings.
1. South Beach's Epicure Market Closes Forever. Epicure Market, a Miami Beach tradition since 1945, has closed for good thanks to Hurricane Irma. In a tweet, the South Beach grocery/prepared-foods specialty store announced its days are done. The store at 1656 Alton Rd. opened as a butcher shop and then expanded with an onsite bakery, cheese department, wine cellar, and a chef who catered about a million holiday meals. Epicure expanded to Sunny Isles Beach with a full-service restaurant in 2008. Though the store took Best Bakery and Best Prepared Food honors in 2014 from New Times, it struggled recently, and the Sunny Isles Beach location at 17190 Collins Ave. closed. Epicure also briefly had a location on Le Jeune Road.

Photo by Zachary Fagenson
2. Gigi Closes After Employees Cite Nonpayment of Back Wages. On what should have been a busy Thursday dinner service, Gigi was dark and the doors were closed. There was life outside the establishment, however, as nearly a dozen employees gathered to commiserate about the fact they would henceforth likely not have a job. The staff at the midtown Miami restaurant, which is famous for its noodles and buns, walked out after a change in ownership convinced them they wouldn't get the back pay owed to them. That incident led to a standoff between ownership and staff, with employees refusing to work and the owners not opening for the night, according to workers. 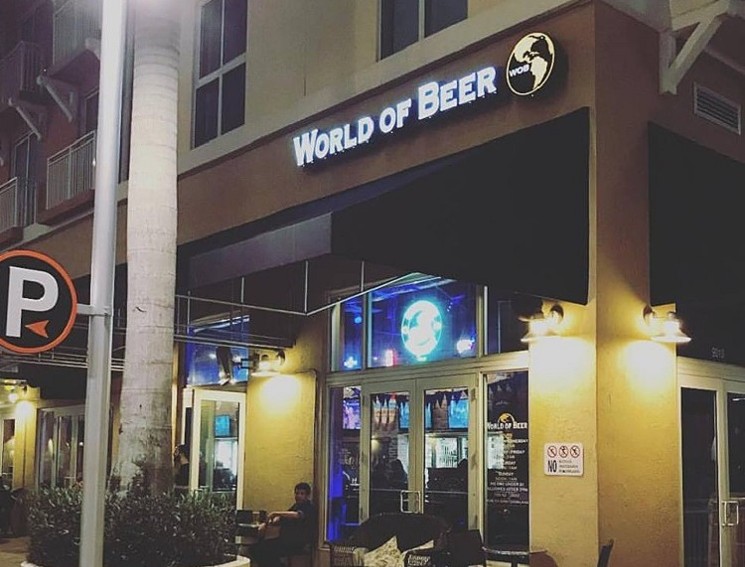 World of Beer Dadeland / Facebook
3. World of Beer in Dadeland Closes. World of Beer (WoB) Dadeland permanently closed Tuesday after more than five years in business, according to an announcement the bar posted on Instagram. It was the last WoB in Miami-Dade and the third to shutter this year. The other two, located in midtown Miami and West Kendall, closed in May and July.
4. Stephen Starr's Retro Foray Onto South Beach, the Continental, Has Closed. Stephen Starr's the Continental, a retro oasis tucked into the revamped Ankara Motel, has shuttered, according to Philly.com. The Philadelphia restaurateur confirmed his Miami Beach location closed. "I think it’s the location," Starr said. "It was challenging getting people to come that were locals." 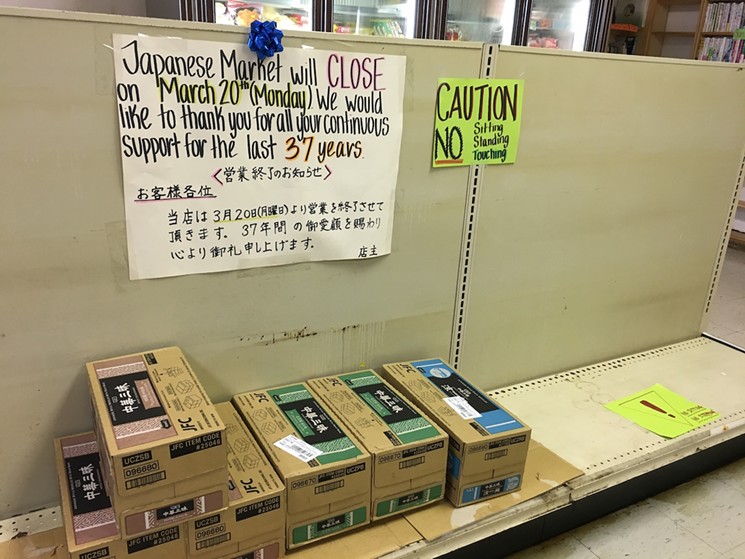 Photo by Zachary Fagenson
5. Japanese Market and Sushi Deli Close After Nearly Four Decades in Business. After 37 years, Michio Kushi's Japanese Market and beloved Sushi Deli will close. Asked in the middle of a jam-packed lunch service about the closure, Kushi throws up both hands, including the one brandishing a glinting knife, and proclaims "finally" with a wide grin. The modern age hasn't sat well with the paper-hatted itamae.