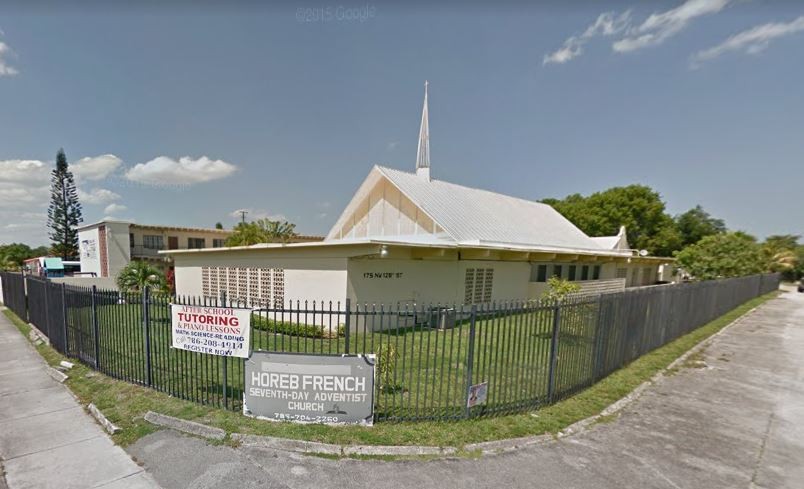 In a lawsuit filed earlier this month, the girl's parents claim church officials should have known that Jerry Ameris, now 33, was not fit for any position that would place him in contact with youngsters. Hiring him put the children in danger, the parents say, and led to the assault of their daughter. The suit also names the Southeastern Conference Association of Seventh-Day Adventists, which operates the youth program.

"The family wants to make sure this never happens again and, obviously, to be compensated for what their daughter has and will go through," says their attorney, Jon Herskowitz. "And they want to make sure Mr. Ameris doesn't do this to anyone else."

Officials with the association and the church did not immediately return a call seeking comment. John Keller, the lawyer representing the church, declined to discuss the case.

According to the complaint, the victim's family belonged to the church at 175 NW 128th St. In late 2014, her mother enrolled her in the youth program, where Ameris had a role as an employee or volunteer. Herskowitz says the man had been involved at the church for a significant period of time.

Sometime between December and August 2015, the girl was molested by Ameris. She later told police she walked into the youth ministry area one day and Ameris removed her underwear and forced her to have sex with him. Then, she said, he warned her not to tell anyone.

Police said Ameris ultimately admitted to asking the child to show him her private parts, exposing himself to her, and ejaculating on the floor.

In January, he was adjudicated guilty of sexual battery on a victim under 12 and lewd or lascivious exhibition. With credit for time served, his release date is set for 2025, according to the Florida Department of Corrections. In March, he filed a motion to reduce his sentence, but it was denied.

Herskowitz says that three years after the assault, the victim is doing better, but still has difficulties at school and with others. More repercussions from the abuse will likely manifest in the years to come, he says.