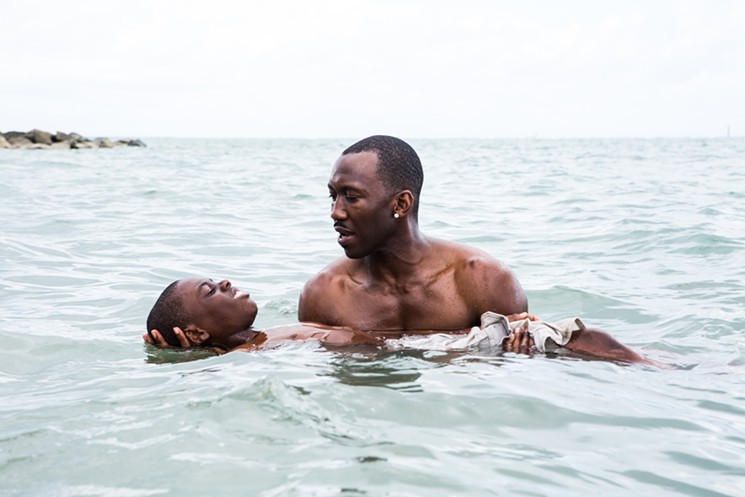 Courtesy of A24
Florida is home to more than 20 million people, each with a story. But few films being produced take place in the Sunshine State, resulting in a major lack of tales describing what it's like to live in this strange palm-tree-studded place.

Because of the limited number of movies that are set here, people across the United States — and the world, for that matter — often don't know what to make of South Floridians. Impressions of us are more often made by news headlines, which can obviously skew perceptions. Stories such as "Naked Woman Covered in Ketchup Arrested for Inciting a Riot in Miami Beach" and "Naked South Florida Man Bites Random Passerby's Face, Shot Dead by Police," might be true but nevertheless have left the nation to see Floridians as more bizarre than human.

A new movie award category at the Miami Film Festival (MIFF) aims to change that perception.

Inspired by the recent success of Moonlight, which won the 2017 Academy Award for Best Picture, festival director Jaie Laplante announced today a prize category that will reward filmmakers for telling South Florida stories. Dubbed the Knight Made in MIA Award, it offers a $10,000 cash prize to incentivize filmmakers to create films that artistically tap into the depth and diversity of local experiences.

“There are so many fascinating stories that take place in South Florida, and I think Moonlight showed the impact those films can have when they’re told by a talented filmmaker," Laplante tells New Times. “The members of the Academy saw there was an honesty and truth and ache in Moonlight that really called for it to be recognized as the best movie of the year.”

In an effort to keep Moonlight's "magic alive" for all kinds of filmmakers to tell local stories in the years to come, the new prize is open to any moviemaker whose work — short or feature, documentary or narrative — features a substantial portion of its content in South Florida, from West Palm Beach to the Keys, and "universally demonstrates a common ground of pride, emotion, and faith" in local life.

“We hope this award helps fuel more ideas that not only reflect our community but continue to help shape our identity and present the range of voices that make this community special," says Victoria Rogers, vice president for arts at the Knight Foundation, which has sponsored the award. “After years of hard work and successful film festival runs, South Florida’s independent filmmakers are having their moment.”

Considered the top vehicle in the nation for emerging Ibero-American cinema, MIFF today opened submissions for its new season, which includes both its fall showcase Gems, set for October 12 through 15, and the 35th-annual Miami Film Festival, which will be held March 9 to 18, 2018. It will be exciting to see which compelling film will be the awarded the inaugural prize.