Solar Panel-Covered Bike Paths Could Be Coming to Miami 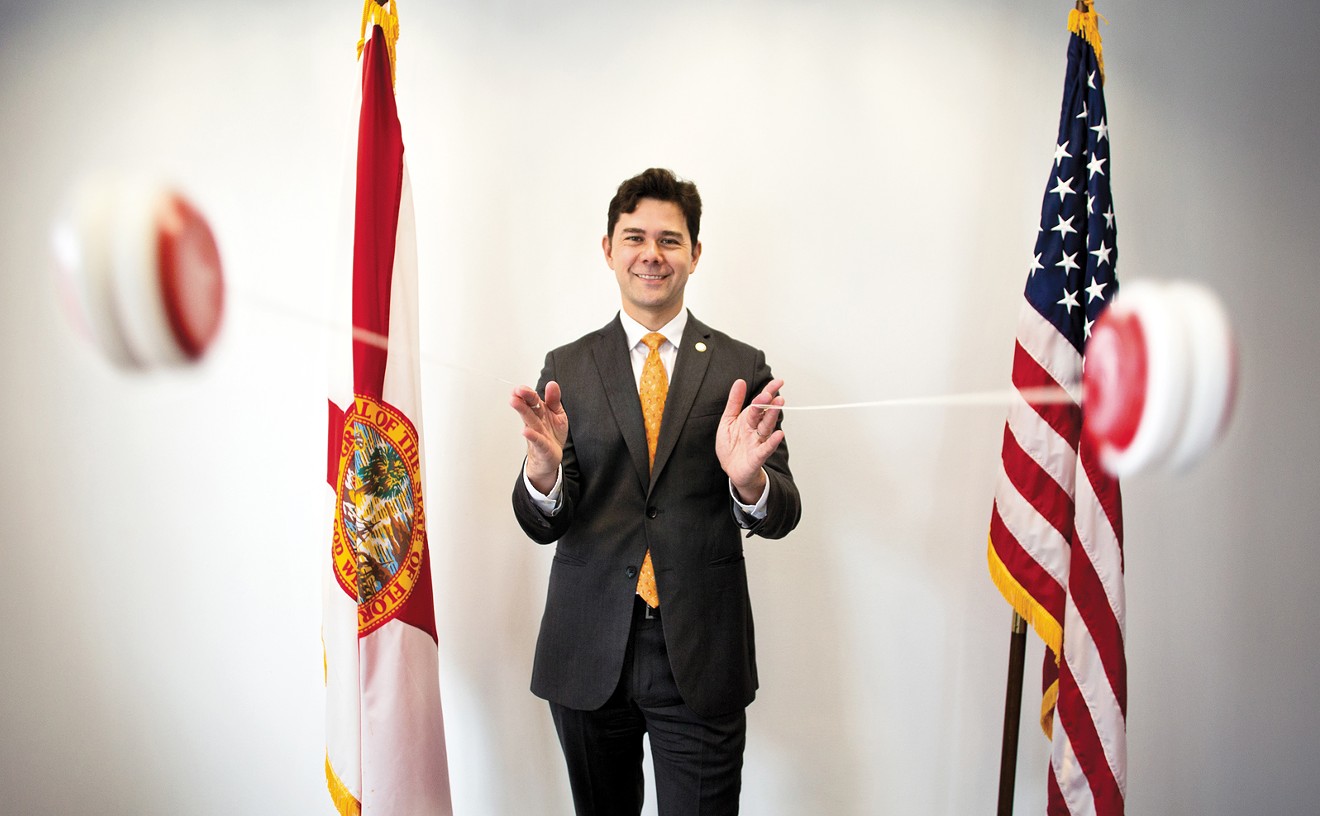 Photo by Stian Roenning
Commissioner Ken Russell wants to bring solar panel-covered bike lanes to Omni.
Miami is blessed with both a remarkably flat landscape and hundreds of days worth of tropical sunshine. In any logical universe, the Magic City would be a haven for both urban cyclists and solar power. Instead, the 305 is one of the most dangerous biking cities in America and has lagged far behind in sun-generated power.

One city commissioner has an idea that could attack both those problems at once: Ken Russell wants to build new bike lanes covered in thin, durable solar panels, which could funnel cheap, clean power to nearby affordable housing projects.

That plan might sound like a Ray Bradbury-worthy piece of science fiction, but Russell insists the technology isn't far away. In fact, his idea is now a finalist in a $5 million contest from the Department of Energy for creative solar projects.

"I've been talking about solar roadways for a year with everyone else laughing at me in City Hall," Russell says. "Yes, it's new technology that's still being tested, but it's a really exciting idea."

Russell's project, which is called Brighter Days and includes nearly a dozen partners from local nonprofits and engineering groups, would aim to prove the viability of energy-generating roadways by building a 100-meter-long stretch of solar panel-lined bike path through the Omni neighborhood.

The commissioner has spoken with a French firm testing prototype solar panels that could survive the wear and tear of Miami weather and bike treads, and be installed with minimum damage to roadways.

"These panels are very thin, about the thickness of a dime, and they can go right on top of existing roadway. You don't have to tear up the existing road, just build a small groove for electrical wire," Russell says.

Brighter Days plan calls for the 100-meter stretch of solar-generated bikeway near the Chapman Partnership, an affordable housing project near 15th Street and North Miami Avenue. Ideally, Russell says, the path's solar panels could be wired directly into the housing.

Russell says he learned on Friday that the proposal is a finalist for the Department of Energy's Sunshot Prize, a $5 million challenge that "aims to expand solar energy access to all Americans." But in the meantime, he's also taken an unusual step for an elected official by starting a GoFundMe campaign for the project.

The GoFundMe aims to raise $100,000. Russell says he doubted he could garner city funds for such an experimental project, but that he also wants to up public engagement by asking for donations.

"I don't know how much money we'll actually raise, but we want residents to have a stake in making this technology work," he says.