The Argentine-born, Italian-raised Melino has been in the restaurant business for 43 years. He's launched many successful concepts worldwide, including the two-Michelin-star Quattro Passi on Italy’s Amalfi Coast and in London’s Mayfair neighborhood. It was with his stunning yet simple dish of linguine with zucchini and Parmesan that he achieved the coveted distinction.
click to enlarge 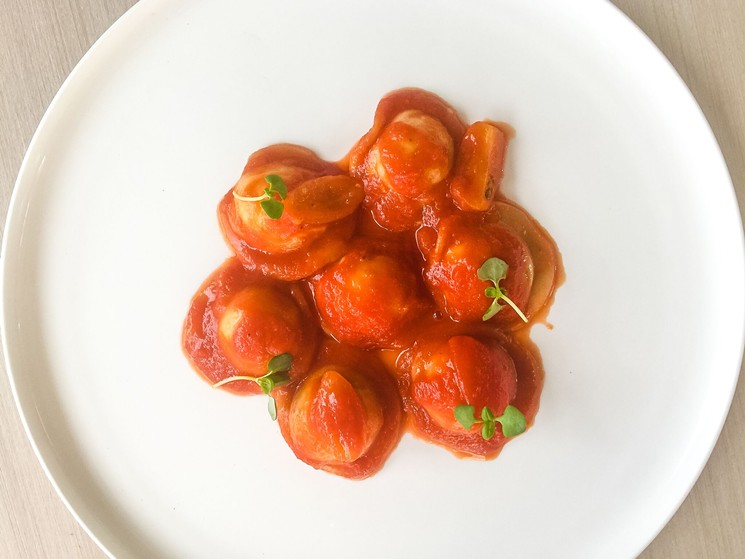 Smoked mozzarella ravioli
Photo by Ilona Oppenheim
That simplicity has made its way to the restaurant on Ocean Drive. "I draw inspiration from my homeland and the unfussy organic cooking found on the Amalfi Coast. Everything is fresh yet still delicious, and that’s something I wanted to bring to Miami," Melino says. Classic items such as beef carpaccio ($24) and aranzino acqua pazza ($35) are on the menu, along with the chef’s signature linguine with zucchini and Parmesan ($25).

Even the name of the restaurant reinforces the concept the chef and his partners, Tatyana and Riccardo Silva, intend for the restaurant. Forte dei Marmi is the name of an Italian sea town north of Tuscany where the food is relaxed and always fresh. “We are here to impress with our simplicity and enhance the natural flavors of our ingredients,” Melino says.
click to enlarge 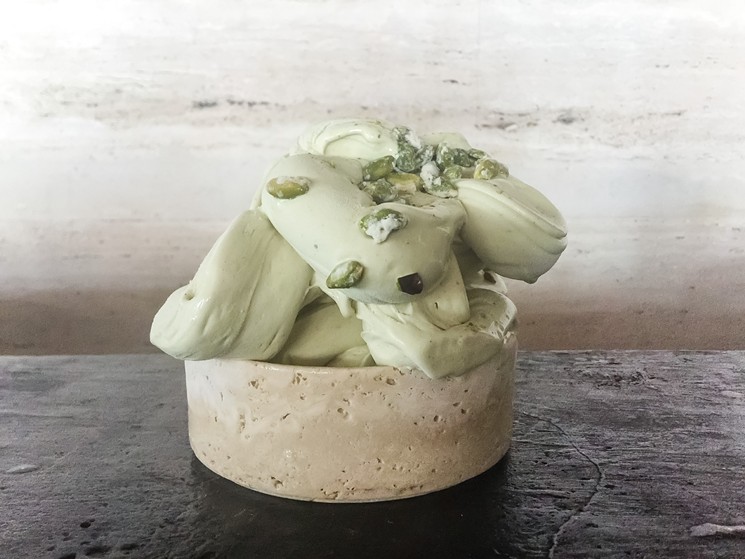 Honey pistachio gelato
Photo by Ilona Oppenheim
In true Italian tradition, Forte dei Marmi is a family affair. The chef has brought his son Raffaele into the mix. Raffaele has been in the restaurant business since he was 14 years old and follows in his father’s footsteps as the executive chef at the restaurant.

On the second floor, the FDM Arts Club offers a bar and large entertainment space. The venue, a crossroads between Miami's food and art scenes, hosts art viewings and other cultural events.

As for the future of the restaurant, Melino is focused on keeping the fare locally sourced. "As we progress in securing a wider variety of seafood and fish," Melino says, "we will introduce new preparations and menu ideas originated in our kitchen in Nerano on the Amalfi Coast."