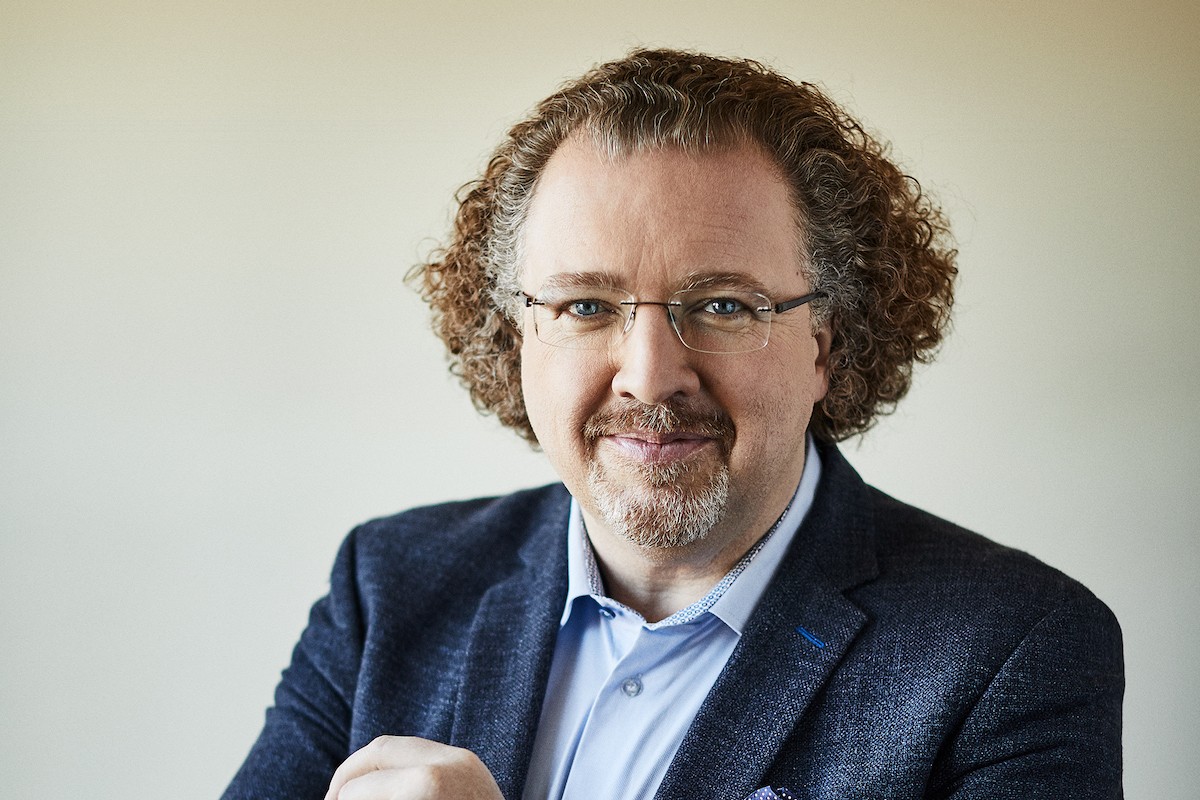 As music director for the St. Louis Symphony Orchestra (SLSO), the French-born conductor has been inviting every person he meets to experience the orchestra for themselves.

Denève always carries business cards. Whenever he meets someone who professes to be of the "classical music isn't for me" mindset, he hands them a business card, inviting them to exchange it at the Powell Hall box office for two free tickets to a concert.

"Classical music is cool," Denève says assuredly. "You know why? Because all the young musicians love this music. I think there are a lot of ways to create a rapport with the audience — more warm, cool, hip — and this is happening. I think it's a matter of having people come and seeing that they love it."

The 51-year-old conductor now has a new opportunity to shape the next generation of classical performers and listeners at the New World Symphony (NWS) in Miami, where he took the helm as artistic director last October. Denève is only the second person to hold the role, which Michael Tilson Thomas famously occupied since cofounding the orchestra in 1987. Last year, Tilson Thomas stepped down from the role after disclosing that he'd been diagnosed with an aggressive form of brain cancer.

Denève is very much aware of the void he has been asked to fill, but he's equally committed to an approach of "don't fix what's not broken."

"[NWS] is an incredible institution that has delivered crazily good stuff over the years, and the new hall is an incredible legacy," he says. "My role is for sure to continue that, but I'm my own self. I have my own priorities and definitely have a lot of ideas, and a lot has to do with the repertoire we play."

The beauty of the New World Symphony is the role it plays in developing the next generation of classical musicians. The institution is like a conservatory where applicants undergo a rigorous audition process, with only a handful of talented musicians chosen yearly to join the program. Many NWS alums will go on to join renowned orchestras across the globe.
A young talent pool also helps NWS showcase a more youthful visage of classical music to the community. And while the orchestra performs traditional shows that command higher ticket prices, it also regularly stages free performances and events where admission is $15 to $20. For those who don't want to fork over $155 to see a full orchestral concert, there's always the option to bring a blanket, sit outside in the SoundScape Park, and enjoy the simulcast on the New World Center's Wallcast screen in real time — for free. (NWS recently introduced a mobile Wallcast that has popped up in locations like CityPlace Doral.)

"I love it. I'm a big fan," Denève says of the Wallcast. "I was so blown away when I did my first concert with the Wallcast. I went outside when my fellow conductor was conducting one piece of the program, and I just went outside just to experience how it is. It is unique, and thanks to [the city's] weather, you can do it very often."

Along with lifting barriers to entry, Denève wants audiences to realize that classical music is a lot more varied in styles than most people give it credit. With three centuries of music, styles can range from baroque pieces to contemporary avant-garde compositions. Many people are also unaware of how orchestras have helped shape popular culture. From John Williams' score for the Star Wars franchise with the London Symphony Orchestra to the Tokyo Metropolitan Symphony Orchestra symphonic suites of the Dragon Quest video game soundtrack, orchestras have added pomp and circumstance to our collective cultural memory.

"The big mission is to make classical music more accessible and make people know that it's for them," Denève reiterates. "People sometimes don't know how much it can reach their lives and how it can be a companion to healing."

Denève has no immediate plans to move to South Florida full-time — he just moved to St. Louis from Brussels last summer. In addition to leading NWS, he'll continue as SLSO's music director and start his tenure as principal guest conductor of the Netherlands Radio Philharmonic this year.

"Conductors are a strange group. They are world travelers all the time," he explains. "So right now, I'll have my home in St. Louis and have my second home in Florida like many people do."

That said, he's looking forward to spending a lot more time in Miami.

"It's a dream come true," he says. "You can have this amazing center and make music in South Beach and benefit from a place that is world-renowned for being fun, cool, and exciting."