Ready to burn off those Thanksgiving Day calories surrounded by men? Urge Miami returns to South Beach with four days of events where Speedos are not just the norm but basically a requirement. It all kicks off on Friday at M2 nightclub with Matinee Pervert, a raunchy party with plenty of beats and bodies. Saturday, enjoy a pool party at the Royal Palm South Beach, followed by the main event, Urge Warrior, that night. Sunday, the boys will all be dancing on the sands for a beach party, followed by the Urge Surreal party at Story nightclub and an after-party at Lvl One. Friday through Monday, at various locations; urgemiamifestival.com. Tickets cost $95 to $630. Jose D. Duran 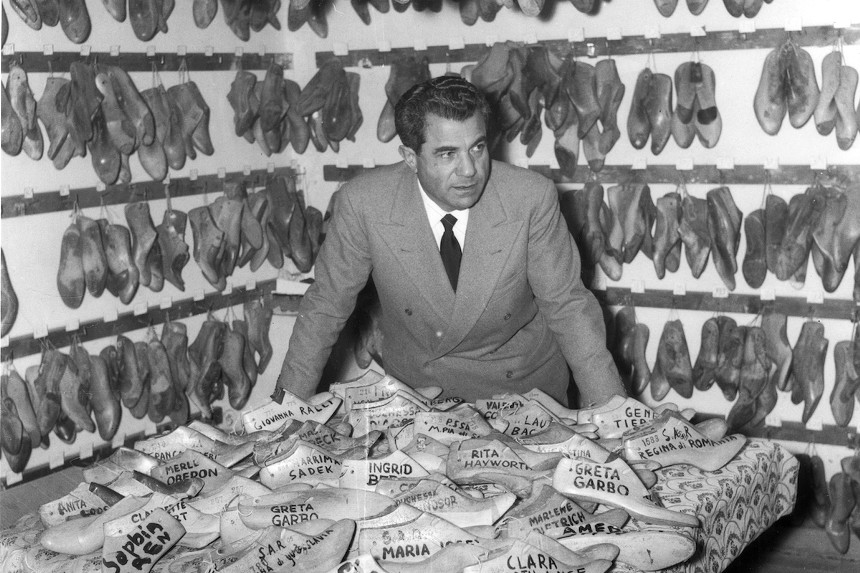 Salvatore: Shoemaker of Dreams at O Cinema Miami Beach: See Friday
Photo courtesy of Sony Pictures Classics
Fashionistas should head to O Cinema South Beach on Friday for a screening of Salvatore: Shoemaker of Dreams. The documentary spotlights the life of Salvatore Ferragamo, the shoemaker of the Hollywood stars during the silent film era. Viewers will see how the designer became one of the best in the industry, leading him to start his own luxury brand. 7 and 9:15 p.m. Friday through Thursday, December 1, at O Cinema South Beach, 1130 Washington Ave., Miami Beach; 786-471-3269; o-cinema.org. Tickets cost $9.50 to $11. Sophia Medina

Lin-Manuel Miranda's massive Broadway hit Hamilton has returned to the South Florida stage. The musical tells the story of America's founding, focusing mainly on Founding Father Alexander Hamilton. Since its 2015 debut, the musical has amassed several accolades, from Tony Awards to Grammy Awards. Because of its ardent fanbase, tickets to any Hamilton production — whether on Broadway or a touring production — can be hard to come by. So if you're able to nab a ticket, count yourself lucky. 8 p.m. Friday through Sunday, December 11, at the Broward Center for the Performing Arts, 201 SW Fifth Ave., Fort Lauderdale; 954-462-0222; browardcenter.org. Tickets cost $49 to $189 via ticketmaster.com. Ashley-Anna Aboreden

Drum 'n' bass legend Andy C stops at Revolution Live on Friday to deliver a bass-heavy set. Joining the producer on the lineup are Tonn Piper, Craze, Danny Bled, Circle K, and Shinobi. The British DJ made his start in the club scene in 1989. Andy C has received numerous accolades throughout his career, including from the Ibiza DJ Awards, and was named "Best British DJ" by DJ Mag in 2018. 9 p.m. Friday, at Revolution Live, 100 SW Third Ave., Fort Lauderdale; 954-449-1025; jointherevolution.net. Tickets cost $28 via ticketmaster.com. Sophia Medina

Art installation meets music festival Art With Me returns to Virginia Key Beach Park on Saturday and Sunday. The festival, which started in Mexico in 2018 before making its Miami debut last year, welcomes everyone to express themselves as they have fun interacting with various art installations and structures. This year's lineup includes Moderat, SG Lewis, Elderbrook, Jamie XX, Big Wild, Lee Burridge, and Magdalena Bay. With the focus on music and art, the festival might be the best way to prepare for Miami Art Week. 1 p.m. Saturday and Sunday, Virginia Key Beach Park, 4020 Virginia Beach Dr., Miami; artwithme.org. Tickets cost $75 to $349 via tixr.com. Sophia Medina 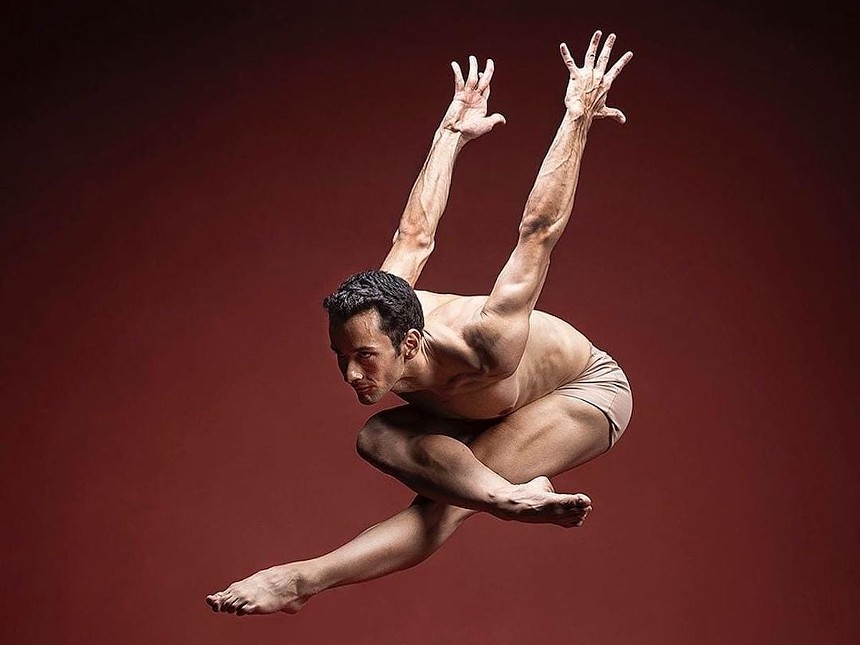 Men Who Dance at Broward Center for the Performing Arts: See Saturday
Photo by Alvar Fañez
Commonly thought of as a feminine art form, Men Who Dance seeks to explore and deconstruct the notion of masculinity. The production is the work of the Arts Ballet Theatre of Florida and artistic director Vladimir Issaev. "Men Who Dance takes the audience on an artistic journey that explores and affirms men's roles in the evolution of movement from ancient times to the present," the company states in a press release. 8 p.m. Saturday and 3 p.m. Sunday, at the Broward Center for the Performing Arts, 201 SW Fifth Ave., Fort Lauderdale; 954-462-0222; browardcenter.org. Tickets cost $25 to $45 via ticketmaster.com. Ashley-Anna Aboreden

DJ/producer Valentino Khan stops at 1-800 Lucky to shake up the Wynwood hot spot. Also on Saturday's bill are Damaged Goods and Too Kind. Khan started his career as a hip-hop producer but eventually found himself in the hands of OWSLA, the record label founded by Skrillex. There, he released his single "Make Some Noise," which landed on Billboard's Emerging Artists chart. In 2015, he released "Deep Down Low," which became a staple throughout music festivals worldwide. 9 p.m. Saturday, at 1-800 Lucky, 143 NW 23rd St, Miami; 305-768-9826; 1800lucky.com. Tickets cost $15 to $25 via tixr.com. Sophia Medina

For many people in the LGBTQ community, the holidays can serve as a reminder of their fraught relationship with their families. That's why many celebrate with their found families instead. Whatever your family looks like, bring them together for Jody McDonald's Thanksgiving Tea Dance at the Miami Beach Bandshell on Sunday. The old-fashioned tea dance features performers JoMody, David Knapp, Smeejay, Adora, Kitty Meow, Athena Dion, Morphine Love, and Maryel Epps. 5 p.m. Sunday at Miami Beach Bandshell, 7275 Collins Ave., Miami Beach; 786-453-2897; miamibeachbandshell.com. Tickets cost $25.75 to $195.70 via dice.fm. Ashley-Anna Aboreden

Andrew Callaghan is perhaps best known as the YouTuber who interviewed a bunch of spring breakers in Miami Beach amid the pandemic. It amassed 4.4 million views and inspired the Maya Rudolph-starring Saturday Night Live skit "Snatched! Vaxed! or Waxed!" The 25-year-old had already found success with the YouTube channel All Gas No Brakes, a sort of citizen journalism meets cultural commentary where he'd dress up in a tan suit and awkwardly interview people at various events around the nation. Callaghan brings his deadpan humor to the Parker, perhaps offering some insight into why Florida is the way it is. 8 p.m. Sunday, at the Parker, 707 NW Eighth St., Fort Lauderdale; 954-462-0222; parkerplayhouse.com. Tickets cost $31 via ticketmaster.com. Jose D. Duran