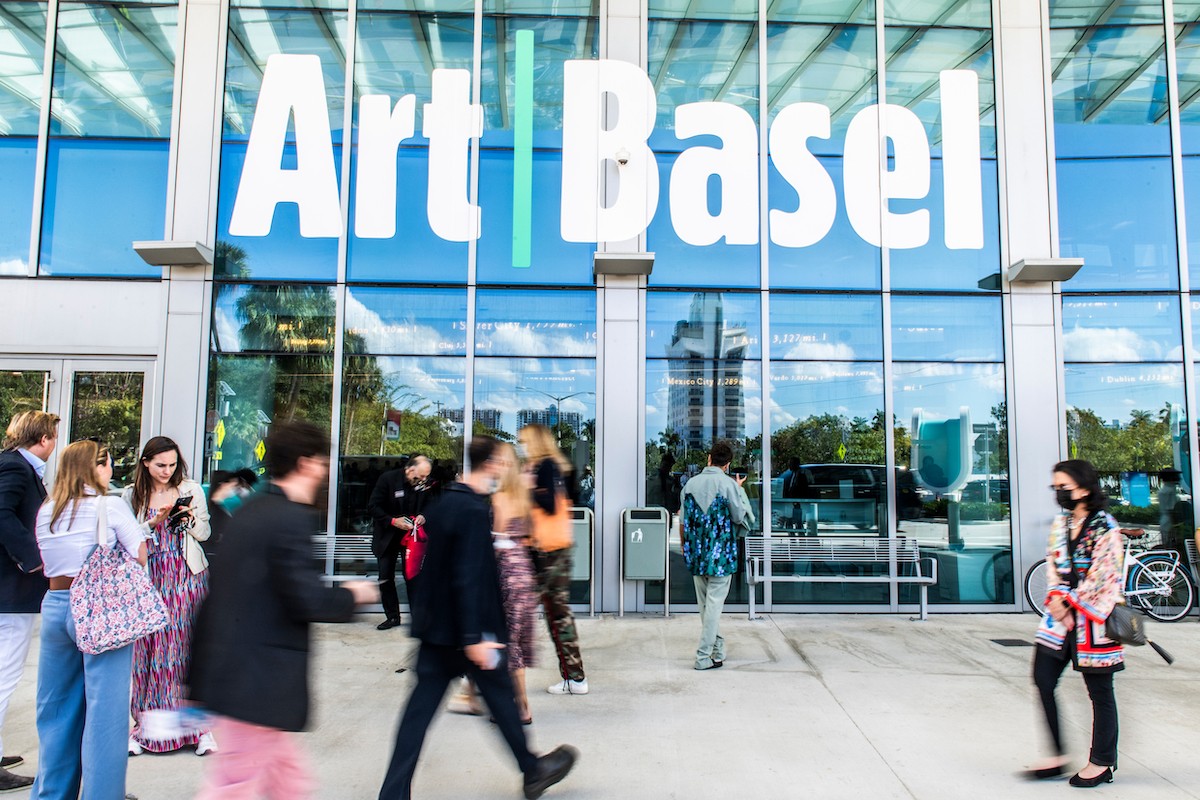 Photo courtesy of Art Basel
Art Basel celebrates its 20th edition in Miami Beach with its largest show to date.
For the past 20 years, the art world has been taking a winter escapade to Miami Beach for one of the most important art fairs in the Americas. During that time, Art Basel catapulted the city into an art capital — even if for just a week.

While Miami and the surrounding areas always have been home to a robust art scene, the arrival of the Swiss fair brought more attention to it. In the last two decades, the city has seen its art museums, private collections, and galleries grow, while local artists like Hernan Bas, Purvis Young, Edouard Duval-Carrié, and Agustina Woodgate have seen the value of their work rise.

Art Basel has become so engrained in the city's cultural scene that it has birthed Miami Art Week, a slew of unofficial satellite events and fairs that run concurrently with it. (That's right, your cousin's gallery show in Brickell doesn't mean they exhibited at Basel — as much as some people like to claim they did.)

On Tuesday, Art Basel announced that it would return to the Miami Beach Convention Center from December 1-3, with preview days happening on November 29 and 30. This year's edition marks the fair's largest showing yet, with 283 galleries participating, including 26 first-time participants. Miami is represented by Art Basel veterans Fredric Snitzer Gallery and David Castillo Gallery, along with Spinello Projects, who will be participating in the fair's Nova section. (The last time Spinello participated in the fair was in 2013.) The Allapattah-based gallery will display the works of Juana Valdes and Reginald O'Neal.

In order to be selected as an exhibitor, galleries must undergo a rigorous application process, after which only the best are chosen. This guarantees that collectors roaming the convention center only encounter the best contemporary and blue-chip art. Even prestigious museums across the country attend the fair looking to add to their collection.

"It is truly exciting to celebrate our 20-year presence in Miami Beach," said Marc Spiegler, Art Basel's global director, in a statement. "Over the last two decades, our show has not only reinforced its pivotal position in the region — uniquely bridging the art scenes of North and South Americas, Europe, and beyond — but also played a galvanising role in the city's profound cultural transformation. The increasingly diverse range of galleries and artistic voices represented will make our show richer in discoveries than ever before."