The Eight Best Things to Do in Miami This Weekend

Fifteen-time Grammy winner Alicia Keys performs at Hard Rock Live as part of the Alicia + Keys World Tour. The singer-songwriter will perform works from her latest releases, Keys and Keys II, along with past hits like "No One," "Girl on Fire," and "If I Ain't Got You." During her 26-year career, Keys has sold more than 90 million records worldwide, making her one of the best-selling artists. She also is widely recognized for her collaborative anthems such as Usher's "My Boo" and Jay-Z's "Empire State of Mind." 8 p.m. Friday, at Hard Rock Live, 1 Seminole Way, Hollywood; 954-797-5531; myhrl.com. Tickets cost $102 to $292 via ticketmaster.com. Sophia Medina

On Friday, the epic bimonthly party Emo Night 305 returns to the Anderson. If your high school playlist consisted of Fall Out Boy, My Chemical Romance, Paramore, and Taking Back Sunday, this night is tailor-made for you. Partygoers will be treated to a live performance by local pop-punk band Manic Frequency and a set by DJ Genkai — and there'll be karaoke, drink specials, and food available for purchase. 8 p.m. Friday, at the Anderson, 709 NE 79th St., Miami; 786-401-6330; theandersonmiami.com. Admission is free. Ashley-Anna Aboreden 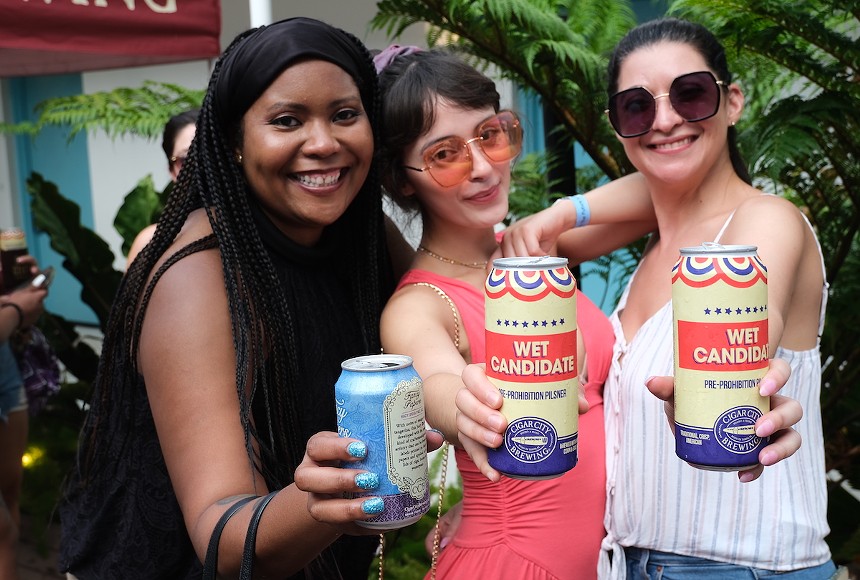 Crack a cold one at FemAle Brew Fest, a craft beer festival spotlighting the top women brewers in the game. Everyone is welcome to sip and taste an array of beers by Florida breweries, including Angry Chair Brewing, Islamorada Brewery & Distillery, Sideward Brewing, Grand Central Brewhouse, and Orchestrated Minds Brewing. Apart from cold ales, guests will also have the opportunity to explore the artisanal market, featuring a variety of women-owned businesses. DJ LaTrice Perry will be on hand to provide the tunes. 2 to 5 p.m. Saturday, at Kimpton Goodland Fort Lauderdale, 2900 Riomar St., Fort Lauderdale; 954-908-7301; femalebrewfest.com. Tickets cost $45 to $65 via eventbrite.com. Sophia Medina

Get ready to be hit with the ultimate reality check when Kevin Hart stops at FTX Arena for his latest standup comedy show. The Reality Check Tour is the 43-year-old comedian's first tour in four years. Though Hart got his start in comedy clubs, he skyrocketed to fame after starring in movies and TV shows like Scary Movie 3, Little Fockers, Think Like a Man, and Ride Along. Throughout his 20-plus-year career, he has released five comedy albums, including A Grown Little Man, What Now?, and Laugh at My Pain. In 2017, he launched Laugh Out Loud Productions in partnership with Lionsgate to spotlight some of the world's top comedic talent. 7 p.m. Saturday and Sunday, at FTX Arena, 601 Biscayne Blvd., Miami; 786-777-1000; ftxarena.com. Tickets $54.75 to $154.75 via ticketmaster.com. Sophia Medina

On Saturday, Lady Gaga invites her Little Monsters to attend the Chromatica Ball at Hard Rock Stadium. The tour is pushing Gaga's 2020 album, Chromatica, which features the singles "Rain on Me" and "911." She followed that up with a remix album, Dawn of Chromatica, in 2021, with reworks by acts like Mura Masa, A.G. Cook, Lsdxoxo, and Arca. And now, after several delays due to the pandemic, Gaga's devoted fans can finally see her perform material from the album live, along with hits like "Bad Romance," "Telephone," and "The Edge of Glory." 7:30 p.m. Saturday, at Hard Rock Stadium, 347 Don Shula Dr., Miami Gardens; 305-943-8000; hardrockstadium.com. Tickets cost $56 to $281 via ticketmaster.com. Sophia Medina

Though Bomba Estéreo has been churning out music since 2005, the band acquired a whole new level of fame when it appeared on Bad Bunny's latest album, Un Verano Sin Ti. On the track "Ojitos Lindos," Benito blends his sound with Simón Mejía and Liliana Saumet's indie-pop aesthetic. With a whole new set of fans, the Colombian duo is currently on tour in support of its 2021 album, Deja. The band lands at the FPL Solar Amphitheater on Saturday, bringing its breezy sound against a backdrop of Biscayne Bay. 8 p.m. Saturday at FPL Solar Amphitheater, 301 Biscayne Blvd., Miami; 305-358-7550. Tickets cost $29.50 to $69.50 via livenation.com. Jose D. Duran

On Sunday, relax and recharge at the Bodhi & Mind Festival at Cauley Square. The free event brings speakers and experts in reiki, astrology, aromatherapy, quantum medicine, numerology, and more for a transformative day. Meditation and yoga classes also will be offered, along with a children's village and local vendors. 11 a.m. to 6 p.m. Sunday, at Cauley Square, 22400 Old Dixie Hwy., Miami; cauleysquare.com. Admission is free. Ashley-Anna Aboreden