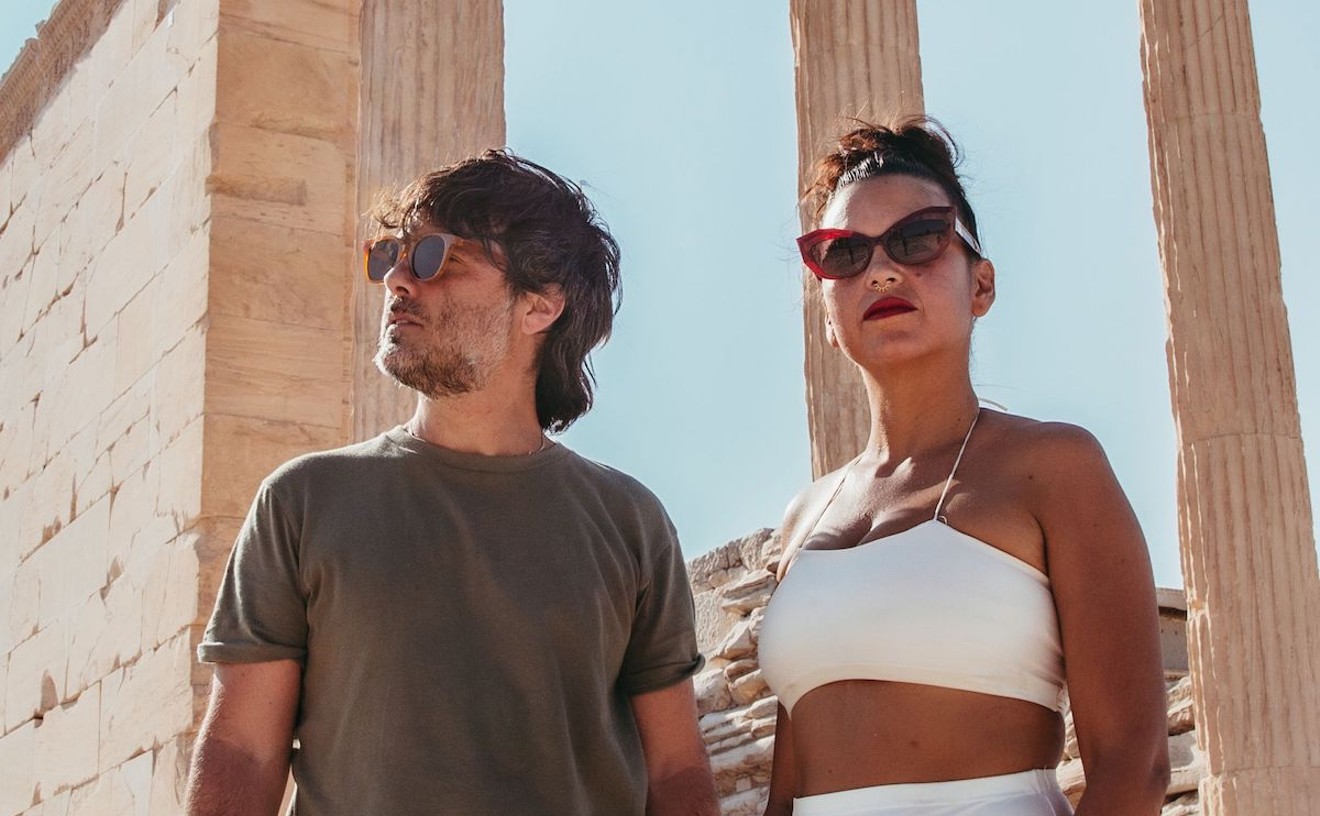 Photo by Valerie Amor
Simon Mejia and Li Saumet of Bomba Estéreo
First, Will Smith ended his ten-year music hiatus to team up with Bomba Estéreo on the remix of the band's 2015 track "Fiesta." Then came the band's collaboration with Bad Bunny on "Ojitos Lindos," off his latest album, Un Verano Sin Ti, a song that peaked at number 26 on the Billboard Hot 100.

What is it about Bomba Estéreo that has megastars seeking out the Colombian band for collaborations?

"Bomba Estéreo has a unique thing," Simon Mejia tells New Times over Zoom from his home in Bogotá.

He's not wrong. The Bomba Estéreo sound — which Mejia describes as tropical and electronic music inspired by Colombian folk music — is dance-friendly with an environmental message. One second, Mejia and vocalist Li Saumet have you dancing perreo; the next, you're reconnecting with nature.

It's a vibe that Bomba Estéreo is sure to bring to the FPL Solar Amphitheater on September 17. The stop is part of the band's Deja World Tour, which, thanks to Bomba Estéreo's growing popularity, includes bigger venues than past tours.

But as successful as Bomba Estéreo has been over the years, there are likely still those who heard the "To My Love" and "Soy Yo" band for the first time on the Bad Bunny collaboration.

"In terms of digital platforms, views, streams, Spotify, YouTube, this collaboration for sure has brought a new audience to the band, which is amazing for us," Mejia says. "If we see younger people at the shows, that is surely due to Bad Bunny."

Just don't expect the band to seek out Bad Bunny for a second collaboration any time soon. Mejia doesn't like to repeat himself too often. Instead, he prefers to experiment and take risks.
Bomba Estéreo does, however, have a new collaboration with Spanish-French singer Manu Chao out this week. Mejia says the band recorded "Me Duele" nearly a year ago but couldn't release it until now.

"People who like Manu Chao will notice from the first few bars that it's his song even before he sings," Mejia says. "The guitar, the string — it's like his brand."

Manu Chao's eclectic brand meshes so well with Bomba Estéreo's sound that it's surprising the two sides haven't worked together before.

Bomba Estéreo has been around for about 17 years now. Naturally, there have been some changes along the way, particularly with the band's lineup. Starting as a quintet, Bomba Estéreo is currently a duo made of Mejia and Saumet, who joined the band in 2008. It's also no longer the indie band that would tour aimlessly for six months straight. (Bomba Estéreo signed with Sony Music Latin in 2014.) Mejia and Saumet are parents who have to be strategic with their time. Still, Mejia insists the music remains true to its essence after all these years.

"If you listen to our first album, [Vol. 1], and last album, [Deja], they're a totally different thing," Mejia says. "But it comes from the same root. The root has remained faithful to what the band is, but the colors with which we paint have changed."

The goals haven't changed either. Mejia continues to use his platform to fight for the environment (he teamed up with actor Joaquin Phoenix on the 2020 environmental documentary Sonic Forest) and the children of Colombia.

And while winning a Grammy would be nice — the band has been nominated for several Grammys and Latin Grammys — Mejia insists taking home a trophy isn't a priority.

"Who doesn't want to win an award?" Mejia says. "It's a recognition of your career, but it's not like I'll get depressed if we don't win a Grammy. We've gone our whole career with many nominations and never won, and we're still having a good time making the music that we want."

"That was amazing," Mejia says. "We're always grateful to see people connecting with the music of Colombia. Obviously, a famous person such as Obama liking our music may get more people into our music. He moves people. It would be cool to see him at one of our concerts."