With an influx of Silicon Valley expats looking to live the true Miami lifestyle, the Miami International Boat Show probably has plenty of eager buyers waiting to purchase their first vessel. The exhibition takes place at several locations across Miami and Miami Beach, including One Herald Plaza, Sea Isle Marina, and the Miami Beach Convention Center. Whether you're shopping for a simple kayak or a multimillion-dollar yacht, the boat show should attract a wildly diverse crowd who are coming either to burn through a lot of cash or just gawk at the latest in seagoing innovation. 10 a.m. Thursday through Sunday, at various locations; miamiboatshow.com. Tickets cost $15 to $375. Jose D. Duran

The hit musical On Your Feet! heads back to Miami with its South Florida regional production premiere at Actor's Playhouse at the Miracle Theatre. The show, which made its Broadway debut in 2017, tells the story of Gloria and Emilio Estefan, complete with chart-topping musical numbers like "Conga," "Rhythm Is Gonna Get You," and "Get On Your Feet." This production, which runs through March 6, features the associate director of the original production, Natalie Caruncho, along with members of the cast of the original Broadway and touring show, which hit the Magic City in 2017. 8 p.m. Thursday through March 6, at Actor's Playhouse at the Miracle Theatre, 280 Miracle Mile, Coral Gables; 305-444-9293; actorsplayhouse.org. Tickets cost $55 to $80. Ashley-Anna Aboreden 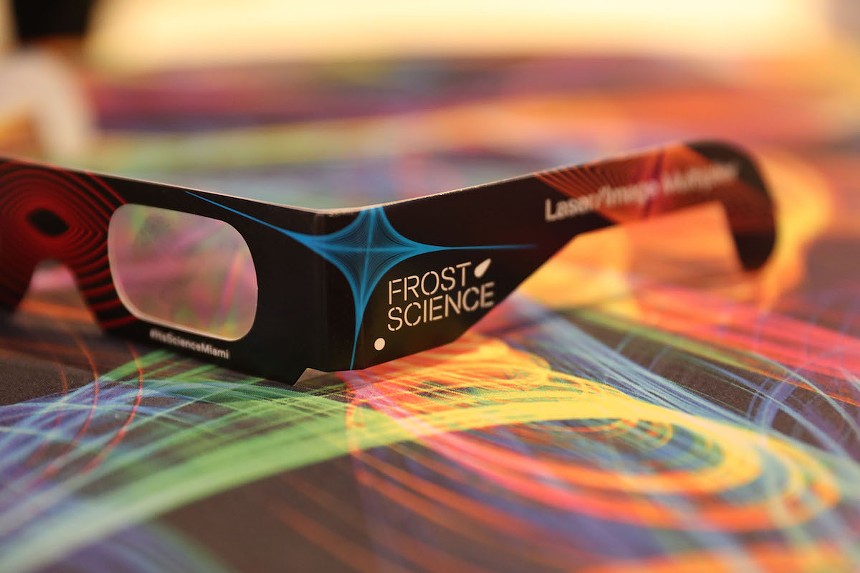 The fifth-annual Miami Concours takes place throughout the Design District throughout the weekend and features a significant collection of postwar automobiles. The vehicles will line the streets, allowing aficionados to stroll around and explore. This year's chief judge is Dr. Mark Moskowitz, who is not just a retired surgeon, but a racer and car collector who serves on the board of directors of Carolina Motorsports Park and as vice chairman of the Motorsports Hall of Fame of America. 11 a.m. to 8 p.m. Friday and Saturday and 11 a.m. to 5 p.m. Sunday, at 140 NE 39th St., Miami; miamiconcours.com. Admission is free. Ashley-Anna Aboreden

On Friday, the Phillip and Patricia Frost Museum of Science debuts a new laser show, Laser U2, featuring the music of the Irish rock band. It's the first in a new rotating lineup for the monthly event, which will include the music of the Beatles, Pink Floyd, and David Bowie. The night invites spectators of all ages to take in a unique audiovisual experience, combining the laser light spectacle with timeless music beneath the Frost Planetarium's 67-foot dome. 9 p.m. Friday, at Phillip and Patricia Frost Museum of Science, 1101 Biscayne Blvd., Miami; 305-434-9600; frostscience.org. Tickets cost $8 to $10. Olivia McAuley

Who doesn't love a good femme fatale? She's seductive, ensnaring her lovers in her deadly trap. But she's also skilled behind the decks. On Friday, Domicile hosts its own Femme Fatale with a night of women-identifying talent, including special guest French DJ/producer Mila Dietrich. She's known for expertly blending styles like techno, EBM, and trance. Other acts on the bill include Sdrv, Souls Departed, and Ultrathem. 11 p.m. Friday, at Domicile, 6391 NW Second Ave., Miami. Tickets cost $20 via eventbrite.com. Ashley-Anna Aboreden 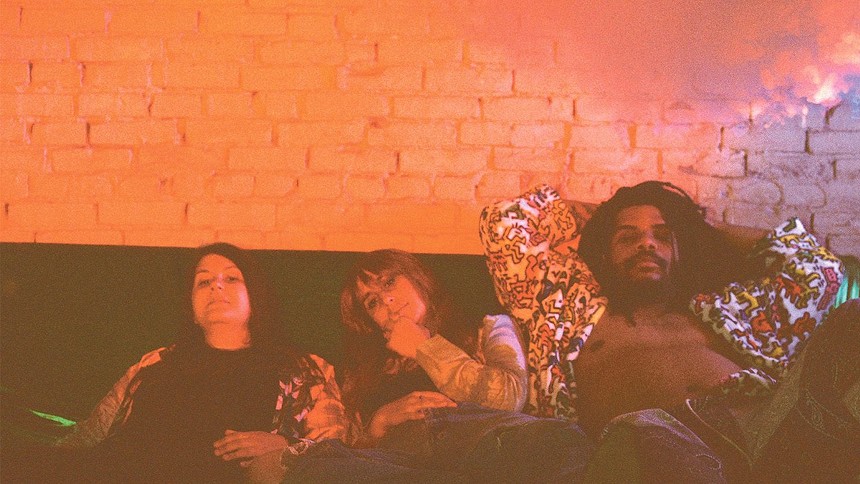 The Coconut Grove Arts Festival returns for its 56th year at full capacity, showcasing the work of artists spanning different styles and media, with added incentives along the way, including chef-led cooking demonstrations and tastings and family-friendly activations. The three-day, open-air festival is one of the largest of its kind, hosting an estimated 120,000 attendees along a pedestrianized McFarlane Road and South Bayshore Drive. The 360 juried artists are the highlight of the proceedings, but the food and drink from local vendors are worth the trip on their own. 10 a.m. to 7 p.m. Friday, Saturday, and Sunday and 10 a.m. to 5 a.m. Monday, at 2700 S. Bayshore Drive, Miami; 305-447-0401; cgaf.com. Tickets cost $20 to $149 via tixr.com. Olivia McAuley

Haulover Park's Kite Festival celebrates its 30th anniversary this year. Hundreds of colorful kites will fill the sky over the park, making it the biggest kite-flying event in the state. Guests are encouraged to make kites in traditional shapes and patterns representative of their nationality. Hosted by Skyward Kites and Miami-Dade Park, the event is suitable for all ages, with food and drink available for purchase. Noon to 5 p.m. Saturday through Monday, at Haulover Park, 10800 Collins Ave., Miami Beach; skywardkites.com. Admission is free. Ashley-Anna Aboreden

Philly-based garage punk outfit Mannequin Pussy headlines Gramps on Saturday as part of a two-week February tour before the band retreats for a hinted-at album-writing hibernation. Don't miss your chance to catch the trio performing tracks from 2019's Patience, the third full-length effort released on Epitaph, which grappled with topics like abusive relationships, with a unique balance of distortion and hooked-laden lyrics. Jacksonville post-hardcore band Gilt will open the show with local support by Ben Katzman's DeGreaser. 8 p.m. Saturday, at Gramps, 176 NW 24th St., Miami; 855-732-8992; gramps.com. Tickets cost $15 to $20 via eventbrite.com. Olivia McAuley 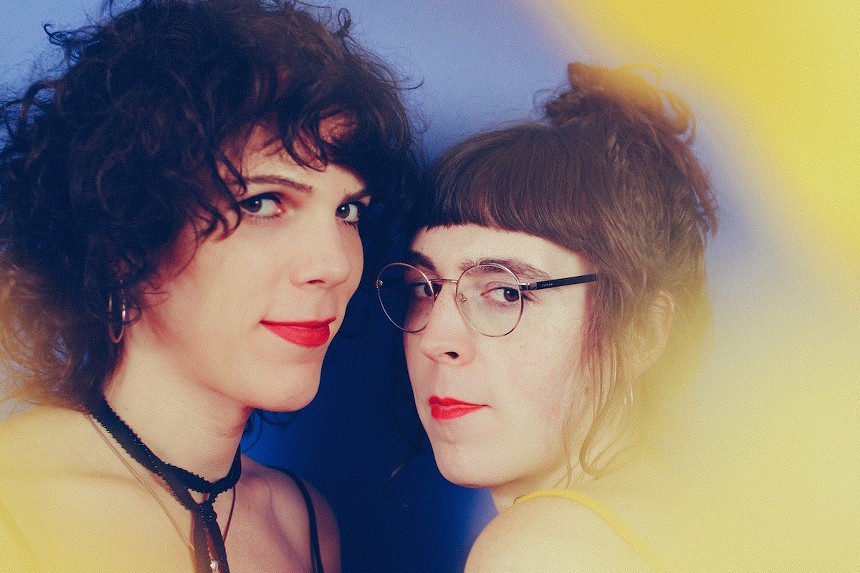 For a city that really enjoys having fun after the sun goes down, Daybreaker has been doing an admirable job of getting Miamians to wake up early and engage in wellness with a side of partying. Now, on Sunday, it's partnering with the New World Center for its Wünder Tour, an immersive sunrise dance party and theatrical show. Music will be provided by Dude Skywalker, Murray Hilary, and Nu Deco Ensemble's Jacomo Bairos and Ari Urban, moved along by emcees Elliot LaRue and Carlos DelaPlaya. Julianne Aerhee Byun will lead meditation and yoga. 10 a.m. to 1 p.m. Sunday, at New World Center, 500 17th St., Miami Beach; daybreaker.com. Tickets cost $15 to $40 via eventbrite.com. Ashley-Anna Aboreden

Where Are My Keys? is back at the 94th Aero Squadron on Sunday with a special all-vinyl set by T4T LUV NRG label heads Eris Drew and Octo Octa. The pair, who recently wowed the crowd at Rakastella, are best known for their unique conglomeration of rave and classic house, as well as curating their own parties. The sunset-to-sunrise jam celebrates all things vinyl, inviting selectors Billy Nightmare, Brad Strickland, Hiltronix, Puma, Terence Tabeau, and Will Renuart to spin into the wee hours of the morning. 4 p.m. Sunday, at 94th Aero Squadron Restaurant, 305-261-4220; wherearemykeys.com. Tickets cost $22 to $44 via ra.co. Ashley-Anna Aboreden

"Order My Steps: There Are No Answers Here, Move On" at Oolite Arts: See Monday
Photo by Roscoé B. Thické III

Photographer Roscoé B. Thické III's debut solo exhibition "Order My Steps: There Are No Answers Here, Move On" is now on view at Oolite Arts. The show paints a raw and unflinching portrait of the artist's inner life, creating narrative connections between his childhood spent on the Pork 'n' Beans projects in Liberty City with his grandma and his sister's post-breast cancer journey. Curated by Diaspora Vibe Culture Arts Incubator's Rosie Gordon-Wallace, the exhibition will be turned into a musical and spoken-word performance woven together by the soprano voice of Whitney Morrison on April 16. On view through May 15, at Oolite Arts, 924 Lincoln Rd., Miami Beach; 305-674-8278; oolitearts.org. Admission is free. Olivia McAuley

Last week, Broad City alum Ilana Glazer kicked off a residency at Gramps. You can catch the second show of her Miami stint on Wednesday, with additional dates slated for March 2 and March 9. The intimate experience will take place on Gramps' patio and will be a phone-free experience. Glazer is currently starring in the Apple TV+ series The Afterparty with Dave Franco, Tiffany Haddish, Sam Richardson, and Ben Schwartz. 8 p.m. Wednesday, at Gramps, 176 NW 24th St., Miami; 855-732-8992; gramps.com. Tickets cost $30 via eventbrite.com. Jose D. Duran

Every Wednesday, Oasis Wynwood and house-music collective Dark Shades presents In the Booth. Taking place in the indoor Huacachina Lounge located in the back of the property, the night presents up-and-coming local DJs playing tech-house from 9 p.m. to 2 a.m. The lineup changes every week, but expect the roster to include plenty of Dark Shades' acts, including TechNeekz, Takshak, and Ian Allen. 9 p.m. Wednesday, at Oasis Wynwood, 2335 N. Miami Ave., Miami; oasiswynwood.com. Admission is free. Ashley-Anna Aboreden