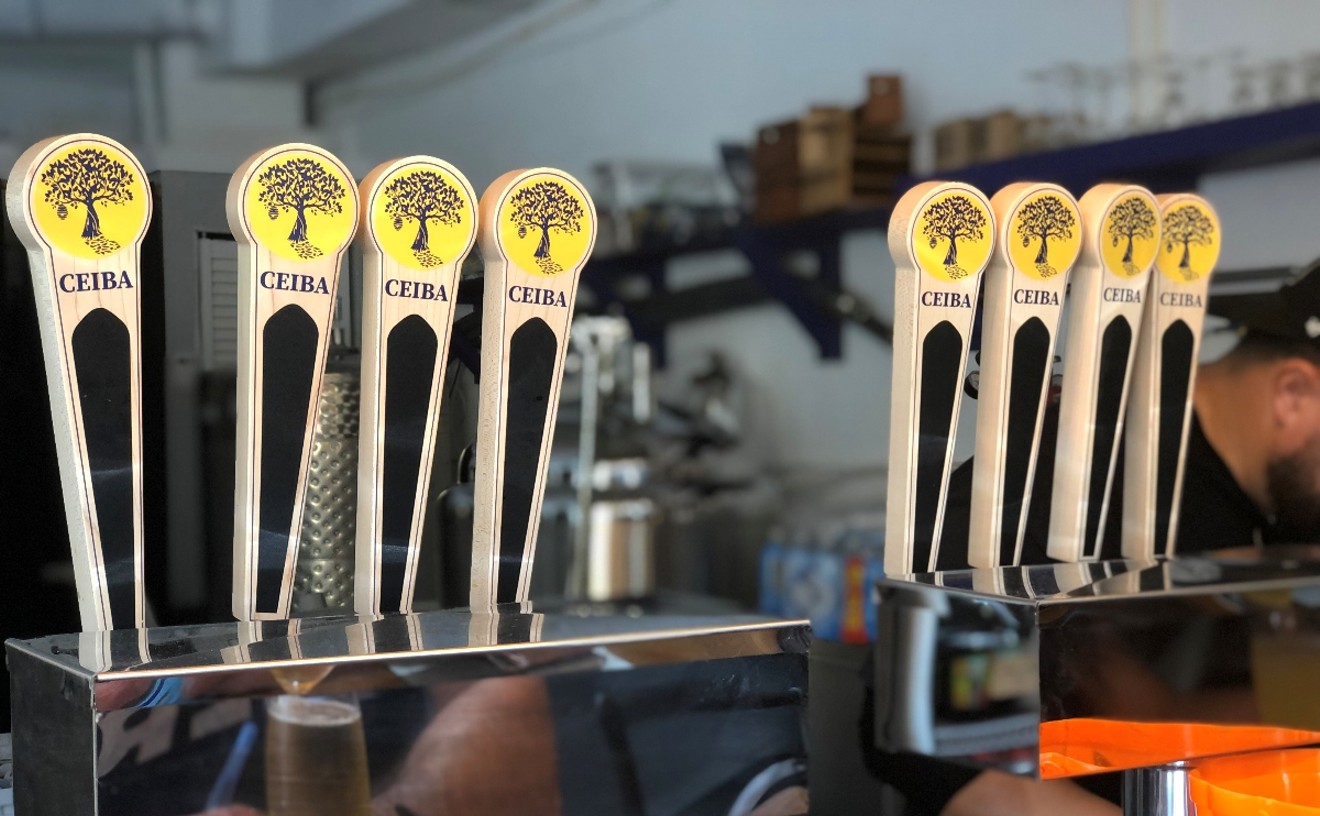 Last month, the meadery's owners celebrated the grand opening of their taproom, located in the Bird Road Arts District. Co-owner Eric Seidmon tells New Times he and his four partners chose to roll out the tasting room as a second phase of the business to avoid loans and focus on their product.

During the pandemic, Seidmon and head mead- and winemaker Sean McClain sold bottle releases through apps like Oznr and Square. Customers were notified of the latest release, ordered their mead, and came to pick. At first sales were steady, but after a few months, Seidmon said he noticed “bottle release fatigue.”

“Prior to COVID, we thought we’d start with to-go sales and distribution,” he says. “We thought that might be a viable model. We were wrong.”

It was then the partners realized that a taproom was a necessity.

At the end of September, Florida regulators approved Ceiba's license to pour for on-site consumption, and the partners opened less than two months later. Though the taproom has only been pouring for a few weeks, Seidman says there's a noticeable uptick in business.

The road to opening a meadery goes back to 2017, when Seidmon and McClain discovered Garagiste Meadery in Tampa. Longtime friends who shared a love of craft beer, both took a big interest in meads — so much so that McClain wanted to make his own.

Although he does create traditional mead and cider recipes with rich berries and fruits, McClain prefers to utilize the fruits he grew up with as a child in Puerto Rico. “The South and Central American fruits I’ve grown up with are native to me. I want to introduce people to those fruits,” he says. “I think we're going to introduce them to a new world.”

Making mead and cider is very different from brewing beer, McClain explains. You can mix the fruits, honey, and spices for your recipe without boiling or adding hops as is done with beer. But the biggest difference, he says, is the turnaround time. Though a brewery can turn around an IPA in two to three weeks, mead can take three to five months to make.

McClain describes Ceiba’s products as “refreshing, light and tropical,” like his Piña Morada fruit wine, a 10.5 percent ABV sweet drink; or the Summer Juice series of lower alcohol and easy-drinking sparkling fruit wines. Currently, Ceiba has a 6 percent ABV version of Summer Juice with banana and lulo, the latter a tropical Colombian fruit.

“Imagine drinking a daiquiri, cocktail, or even a juice on a Sunday morning. People get mimosas for brunch. What I make is in line with all of those drinks,” McClain says.

Ceiba's taproom features a bar with nine tap handles offering mead, cider, and fruit wines along with other local guest draft beers. Every weekend, the owners set up an outdoor tent for guests in the parking lot in front of the building with rotating local pop-up food vendors like Too Turnt Tacos and Sofia’s Homemade Argentinian empanadas.

Neither Seidmon nor McClain can guarantee what the future holds for Ceiba. But Seidmon says his hope is to scale up and expand the brand. Ceiba is using Instagram and Facebook to market its products and taproom.

The owners will also pour at two of the biggest upcoming craft beer festivals in South Florida.