This Black-Owned Whiskey Brand Is Made in Florida 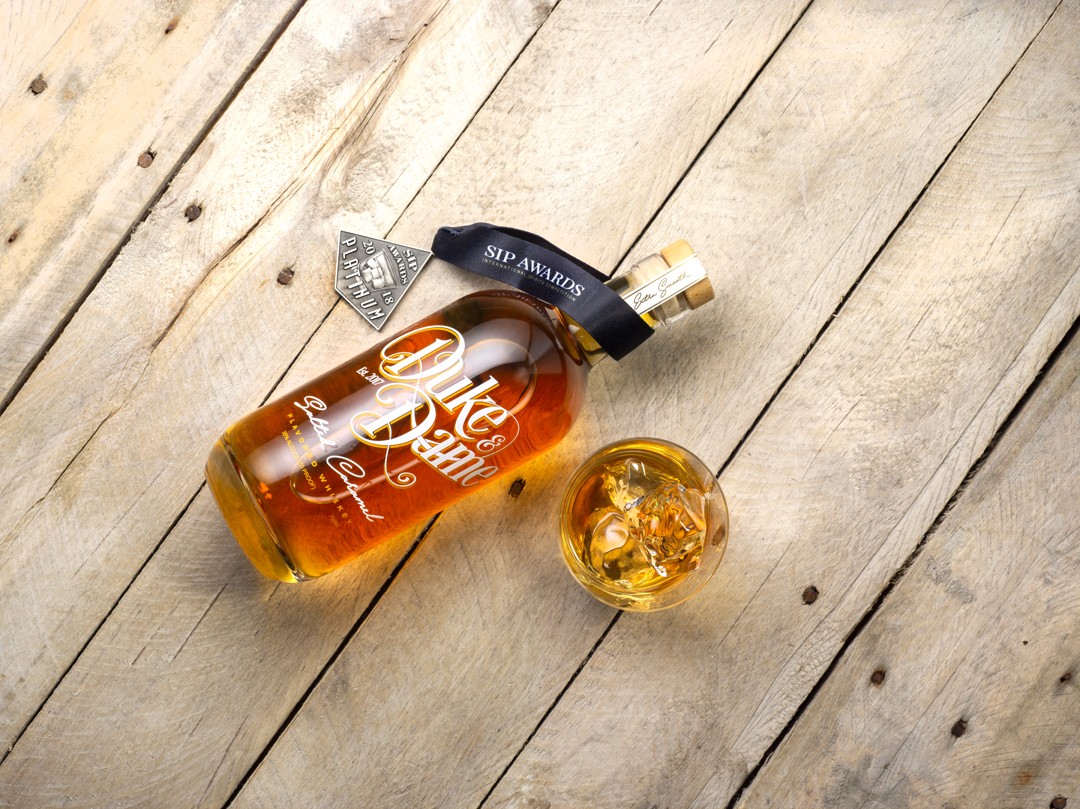 Photo courtesy of Duke & Dame
Duke & Dame Salted Caramel whiskey snagged a platinum medal at the 2018 SIP Awards.
South Florida-based whiskey brand Duke & Dame was born over a casual conversation over dinner in 2017 between an investment banker and an international trade advisor after ordering a round of shots. The idea of a salted caramel whiskey instantly came to the mind of cofounder Chima Burey when a friend asked, “If you could create a new spirit, what would it be?”

That chat ultimately brought about a new business venture between Burey and longtime friend Amani Macaulay.

With a distillery based in Jacksonville and a label created in Miami Lakes, owners Burey and Macaulay pride themselves on a truly local spirit. “When we were creating the whiskey, we really wanted to offer something new in the flavor whiskey category. ”Some people cringe at the thought of drinking whiskey, and we knew that wasn’t the response we wanted when creating Duke & Dame,'' Macaulay tells New Times.

Each sip brings sweet notes of caramel, vanilla, and butterscotch. But Macaulay aims for an emotional trigger as well. "We want consumers to feel amazing, magnificent, and regal."

That's what led to the name: Duke & Dame.

Since its debut, Duke & Dame has won multiple international spirits awards, scoring a platinum award and consumer’s choice award at the 2018 SIP Awards international spirits competition. “We wanted to draw attention to our brand, and we thought this would be the best way to do so. The consumer award means the most to us because they let everyday people decide," Burey says.

You can purchase Duke & Dame by the bottle Total Wine, Walmart, and Costco, among other local retailers. You can also order it in a cocktail at Red Rooster Overtown.

"Red rooster is a great partnership we have — we've been with them since the grand opening," says Burey. "This partnership has been great as far as showcasing us as a Black-owned spirit brand and their dedication to give us a platform to be able to compete with some of the spirit offerings they have available.”

Duke & Dame has also connected with 800 Degrees Woodfired Kitchen in Aventura, owned by NBA superstars Dwyane Wade and Udonis Haslem. Beginning November 15, fans and spectators can indulge as the holidays draw near with a tres leches bread pudding infused with Duke & Dame.

As for the future of Duke & Dame, Macaulay and Burey say to look out for new flavors and premixed cocktails, which are in the works for 2022.