Can we get an amen for extended happy hour, bingo, and Drag Race all in one night? Every Thursday, Time Out Market Miami hosts Drag Bingo with fierce queen Athena Dion serving as the emcee. The sixth season of RuPaul's Drag Race All Stars will be projected on the food hall's giant LED screen (with spicy trivia by Dion during commercial breaks). After the show, enjoy music courtesy of DJ Mike Trotter and dance the night away. 7 p.m., Thursday, at Time Out Market Miami, 1601 Drexel Ave., Miami; 786-753-5388; timeoutmarket.com. Admission is free. Ashley-Anna Aboreden

English dubstep and drum 'n' bass producer FuntCase lands at Treehouse on Thursday to deliver a rattling set. Born James Hazell, FuntCase is best known for his signature mask, similar to the disguises acts like Marshmallow and Daft Punk use to conceal their identities. Unlike his peers' headgear, however, FuntCase's mask looks like something out of a Slipknot lineup. Regardless, Hazell is guaranteed to scare up some good beats when he gets behind the deck. 8 p.m. Thursday, at Treehouse, 323 23rd St., Miami Beach; 786-318-1908; treehousemiami.com. Tickets cost $20 via treehousetickets.com. Jose D. Duran

After taking a brief hiatus from the music scene during the pandemic, local singer-songwriter Keith Johns visits the Anderson every Thursday for what he calls an "acoustical odyssey." The local musician has more than one million listens on Spotify and a new album on the way. Grab a drink and settle in to hear some favorite songs performed with an acoustic flair, along with Johns' own compositions. After the live set, DJ Rene will finish out the night. 9 p.m. Thursday, at the Anderson, 709 NE 79th St., Miami; 786-401-6330; theandersonmiami.com. Admission is free. Ashley-Anna Aboreden 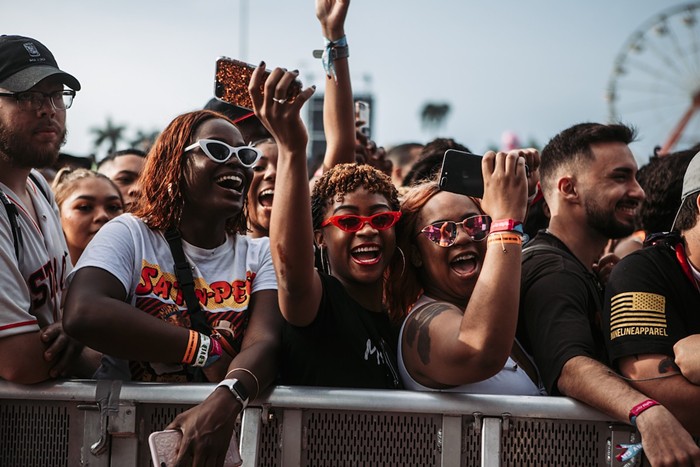 Recharge under the full moon with Yoga on the Beach, led by Adrian Molina, founder of Warrior Flow. On Friday, the class will meet on the beach between Fifth and Sixth streets, where attendees can lay out their blankets and begin the hourlong exercise and meditation. Those wanting to load up on good karma should head to the event early to take part in a beach cleanup that begins at 6 p.m. — or stick around at the end of the class for a short full-moon ritual. 7 p.m. Friday, at 600 Ocean Dr., Miami Beach; warriorflow.com. Admission is free, though a $10 donation is suggested via eventbrite.com. Olivia McAuley

Local country-music luminaries Nick County & the All Nite Welders celebrate the release of their new full-length album, A Colorful Corner of Northeastern Pennsylvania, at Midsummerfest, a night of poetry, music, and food, at Oak Garden. Poet Cherry Pickman will kick off the event, followed by music from singer-songwriters Rick Moon and Corey Perez, who'll debut their upcoming album, Rep-tiles, along with local rockers Mustard Service. County will close out the evening with a performance of A Colorful Corner in its entirety. 8 p.m. Friday, at Oak Garden, 791 NW 20th St., Miami; 786-273-1074; oakgardenmiami.com. Tickets cost $9 via eventbrite.com. Olivia McAuley

If you've already enjoyed the Jon Chu-directed adaptation, now you can catch the Tony Award-winning musical In the Heights on stage, courtesy of Loxen Productions in association with Live and Loud. The curtain rises starting on Friday at the Adrienne Arsht Center for a weekend-long run with a total of five performances. The show was produced by Benjamin Leon IV, who'll also star as the lead, Usnavi, alongside a cast of talented actors from South Florida. Friday through Sunday, at the Adrienne Arsht Center for the Performing Arts, 1300 Biscayne Blvd., Miami; 305-949-6722; arshtcenter.org. Tickets cost $50 to $175. Ashley-Anna Aboreden 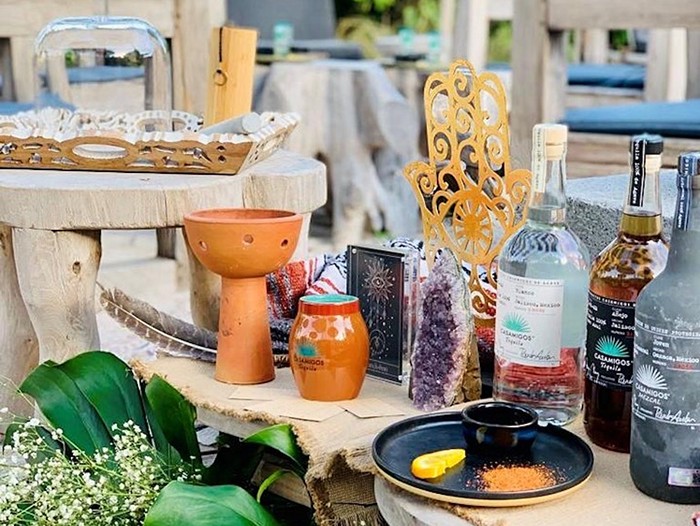 If you haven't had the chance to devour a mango this summer, what are you waiting for? On Saturday, Fairchild Tropical Botanic Garden hosts the Mango Brunch as part of its Mango Days of Summer series. Guests will dine on mango-inspired dishes from local restaurants, including Mamey and Eclectico. Each ticket includes brunch food, a complimentary wine and bubbles bar, and entrance into the beautiful gardens. 10 a.m. to 4 p.m. Saturday, at Fairchild Tropical Botanic Garden, 10901 Old Cutler Rd., Coral Gables; 305-667-1651; fairchildgarden.org. Tickets cost $45 to $110. Ashley-Anna Aboreden

The orchid is one of the most recognizable floral prizes — and, adding to its mystery, one of the most notoriously fragile. But the Miami Beach Botanical Garden has your back as you work on your green thumb, in the form of an Orchid Workshop led by the garden's specialist, Drew Mullin. During the hourlong class, you'll learn how to mount orchids on trees and choose which trees are best for particular varieties, and you'll receive hands-on instruction in the delicate process of transplantation. 10:30 a.m. Saturday, at Miami Beach Botanical Garden, 2000 Convention Center Dr., Miami Beach; 305-673-7256; mbgarden.org. Tickets cost $10 via eventbrite.com. Olivia McAuley

Join Casamigos at 1 Hotel South Beach to celebrate National Tequila Day on Saturday with a Mindful Tasting Ritual. Learn more about mezcal and tequila from an expert, and take part in a multisensory experience, using taste, sound, and touch to enjoy the spirits' full potential. Beyond sipping on a variety of tequilas, guests will enjoy a Casamigos cocktail, a ceremonial sound bath, and a closing blessing. 5 p.m. Saturday, at 1 Hotel South Beach, 2341 Collins Ave., Miami Beach; 833-625-3111; 1hotels.com. Tickets cost $40 via eventbrite.com. Olivia McAuley

Hampton Art Lovers' latest exhibition, "One-Way Ticket," featuring the poetry of Langston Hughes and artwork by Jacob Lawrence, is now on view at the historic Ward Rooming House in Overtown. Other artists featured include Charles White, Faith Ringgold, John Biggers, Charles Alston, David Driskell, Leroy Campbell, Anthony Reed II, and Marvin Weeks. The exhibition explores African-American history through the lens of storytelling and the Black experience of migrating in the pursuit of freedom. On view through November 1, at the Ward Rooming House, 249 NW Ninth St., Miami; 786-529-8624; hamptonartlovers.com. Admission is free with RSVP via hamptonartlovers.eventbrite.com. Olivia McAuley

Showfields proclaims itself "the most interesting store in the world," and the Miami Beach shop has worked to live up to that title since opening on Lincoln Road last year. Beyond offering choice retail offerings, Showfields regularly hosts events that range from comedy shows to boot camps. For Monday's installment of the shop's Music Mondays series, Trinidad-born, Miami-raised singer-songwriter Keba, who has opened for the likes of Jill Scott and Kool & the Gang, will deliver an intimate acoustic set. 8 p.m. Monday, at Showfields, 530 Lincoln Rd., Miami Beach; 305-351-0672; showfields.com. Tickets cost $25 via eventbrite.com. Jose D. Duran

Thanks to Shout! Factory and the American Genre Film Archive, Werner Herzog's classic films have been restored and are now screening at the Coral Gables Art Cinema. The German film director, screenwriter, author, actor, and opera director has had an enormous influence on film. On Tuesday, catch Fitzcarraldo, a fictionalized story of the true-life mission of South American rubber baron Brian Sweeney Fitzgerald as he constructs an opera house in the Peruvian jungle. 7:35 p.m. Tuesday, at Coral Gables Art Cinema, 260 Aragon Ave., Coral Gables; 786-472-2249; gablescinema.com. Tickets cost $11.75. Ashley-Anna Aboreden