Is Kanye West Performing at Rolling Loud This Weekend? 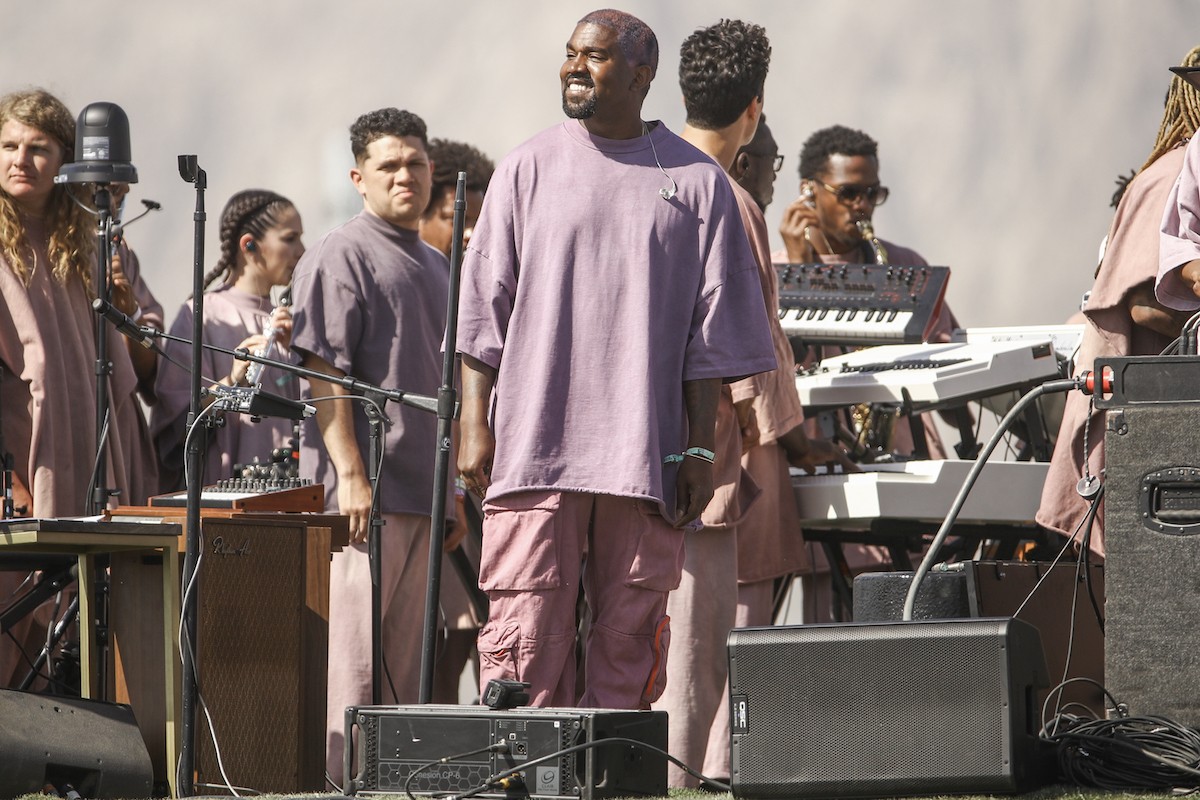 Photo by Rich Fury/Getty Images for Coachella
Kanye West during his Sunday Service performance at Coachella 2019.
There are many great performances that hip-hop fans can expect this weekend when Rolling Loud takes over the Hard Rock Stadium in Miami Gardens. But the news that has everyone buzzing is the rumor that Kanye West will bring his Donda Experience to South Florida.

In a now-deleted Instagram post on Monday night, Consequence, a rapper close to West, suggested that West may perform his highly anticipated tenth studio album, Donda, at the festival on Sunday.

Rolling Loud organizers also took to Twitter on Monday to add fuel to the fire of the rumors.

You busy next weekend? @kanyewest

As of Tuesday evening, set times for the festival had yet to be released.

The triangle sketches Consequence uploaded to Instagram are thought by some fans to be a set design for his appearance at the festival. One fan compared the drawing to electronic duo Daft Punk's set design for the Alive 2006/2007 concert tour.


Who's gonna do it better, Daft Punk during Alive 2006/2007 or Kanye at Rolling Loud this sunday pic.twitter.com/1LbLL0NQoS

Fans are speculating that "via KW" means "via Kanye West."

Although it's unclear whether he will actually take the Hard Rock Stadium stage, this could mark Yeezy's first festival performance since his Sunday Service at Coachella in 2019. (West also put on a Sunday Service performance during Super Bowl LIV in Miami.)


Donda, West's first LP since his gospel-inspired 2019 album Jesus Is Born, is dedicated to his mother, Donda West, who died in 2007. He continued working with the Sunday Service Choir with an EP last December, the five-song Emmanuel. Fans are unsure whether Donda will see Kanye continue working with Sunday Service or mark his return to hip-hop.

West will host a listening party for the album in Atlanta's Mercedes-Benz Stadium on Thursday night, just a few days before his rumored Rolling Loud performance.

Regardless of whether he shows, West knows how to keep fans on their toes. The move has drummed up mass attention online, with some calling his appearance the perfect addition to an already stacked lineup.