As Highrises Are Reinspected, Advocates Worry Smaller Buildings Will Be Ignored 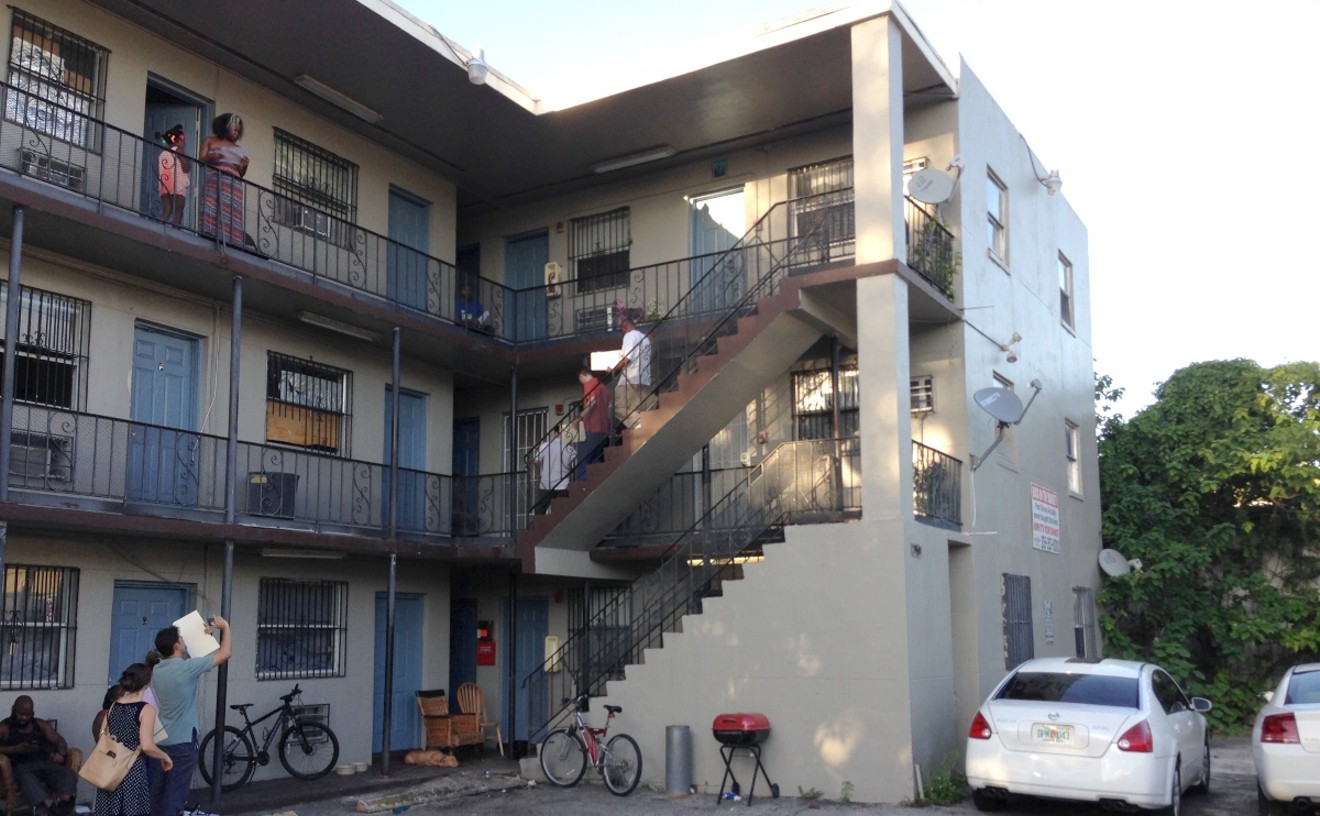 Photo by Jessica Lipscomb
There's a new urgency to reinspect older buildings after the collapse in Surfside.
In the aftermath of the Champlain Towers condo collapse in Surfside, many Miami-Dade residents have begun to question the stability of their homes. But not all of them are likely to receive city or county support in assessing the safety of their properties.

On June 25, the City of Miami issued letters strongly urging the structural inspection of all buildings six stories and up that are over 40 years of age. City commissioner Ken Russell later emphasized on Twitter that the city would like engineers to supply those reports within 45 days.

Across South Florida, there's a new urgency to reinspect older buildings as investigators work to determine possible causes of the collapse in Surfside. And it's becoming increasingly clear that those same causes might imperil other families in surrounding zip codes if left unaddressed.


The @CityofMiami has now been deployed. City Mgr and Building Director have issued letters to ALL buildings (6 stories and 40yrs +)in our jurisdiction to hire structural engineers to conduct inspections and supply reports to us within 45 days. @TheDonlonReport #SurfsideStrong https://t.co/tlu4D6UU9F

Though the sudden collapse of a building is an exceedingly rare phenomenon, some signs of dangerous structural instability include cracked foundations, flaked-off concrete, and pools of water in places that don't come into direct contact with rainfall. All were noted in a 2018 report by an engineer inspecting the Champlain Towers South condo building.

Those cautionary signs have also been observed for years in low-scale structures throughout Miami-Dade County, especially in Black and brown communities. But for now, large condo towers are dominating the conversation about preventing comparable crises. While eyes are understandably on the skyline after such a large collapse, in the shadows of the county's many highrises are smaller multifamily buildings that might be quietly crumbling toward the same fate.


"I will say it's a good step that [Miami-Dade] Mayor Daniella Levine Cava wants to audit more buildings like this, but it can't stop here. What we're going to see is people trying to narrow the scope, but the problem is all over," says Wesley Chau of the Miami Tenants Union, which advocates for renters. "I mean, this is a problem that affects even single-family-unit townhouses. It's not just six-story buildings."

Chau says a major problem that has prevented low-scale structures from getting timely repairs is an absence of building-code enforcement and regulation.

"One of the campaigns we're currently working on is [at a rental complex] just south of Jackson Memorial Hospital. There are multiple units with smoke detectors and fire extinguishers that just don't work, electrical closets wide open, and not enough dumpsters," Chau says. "When I first went on [the property], I thought, 'This is completely illegal.' And when we started calling code, nothing happened. I tried again another week, and their voice mailbox was full."

According to a 2017 report by the nonprofit Urban Institute, Opa-locka, Hialeah, South Miami, and other cities in the heart of Miami-Dade's urban core are more likely to contain small structures built before 1980, rather than pricey highrises. In particular, lower-income communities with older structures usually showcase the poorest condition and quality, and they face some of the highest risk for ongoing neglect and damage, owing to a lack of oversight and maintenance.

Daniella Pierre, president of the NAACP's Miami-Dade branch, says she's witnessed the county's disintegrating housing stock firsthand. Apart from structural damage such as gaping holes gnawing away at sidewalks, corroding pipes, and deteriorating ceilings, Pierre says issues such as mold infestation and the use of lead-based paint are common in the urban core, where she often works to assist others in attaining livable housing.


Now that @MiamiDadeCounty & @CityofMiami will be doing similar audits of buildings to ensure recertification compliance, it’s my hope that Glorieta Gardens, Cordoba Courts, Alberta Heights &the running list of apartments that I’ve reported over the years will FINALLY be repaired. pic.twitter.com/unHHPlcLze

We cannot return to business as usual following the devastating tragedy in Surfside. Too many tenants across Miami have been living in conditions that threaten their health and safety with little enforced accountability for building owners. People’s lives must be prioritized. https://t.co/FMzra9TX9M

And Pierre says several multifamily properties in Miami-Dade have been known to be in disrepair for years.

"Glorieta Gardens, Cordoba Courts, and other apartment communities within the urban core for years have been plagued with a lack of maintenance [and] repair and unhealthy living conditions," she tells New Times. "Since the City of Miami and other municipalities have stepped up to say, 'We're going to inspect,' let's do it right. Let's do it comprehensively."


Pierre worries that the window of opportunity to include those smaller buildings in the present push for audits and inspections is slowly narrowing. For years, she has spoken out on behalf of disenfranchised neighborhoods, but little has changed.

For example, Glorieta Gardens, an apartment complex in Opa-locka, floods with fury each time it rains, and blankets of mold still coat the walls of its units. The apartment received some momentary attention from U.S. Sen. Marco Rubio in 2018, but according to Pierre, "the same problems exist."

By most accounts, the worsening climate crisis will likely put additional stress on older buildings across South Florida.

"I think the climate change that is unique to Miami makes this problem exacerbated in a unique way here and across the county," says Alana Greer, director of the Community Justice Project, a legal advocacy organization based in Miami. "The mold we're seeing, the way that flooding and water intrusion has accelerated the decline of our housing stock and is going to continue to do so if we don't have a real plan for all of our communities, is something we should all be particularly concerned with."

While advocates worry about the fate of lower-income renters and homeowners in smaller buildings across Miami, there's hope that the disaster in Surfside will be a tool for change.

"As I see this light being shined on the vital urgency of dealing with safe housing here in Florida, I guess I'm both concerned that we're leaving behind many of these buildings, as well as hopeful," Greer says. "I think we're in the early days of figuring out how we're going to respond as a community to this tragedy, and there's still time for our leaders to really ensure that low-income renters and Black and brown renters are part of this conversation."