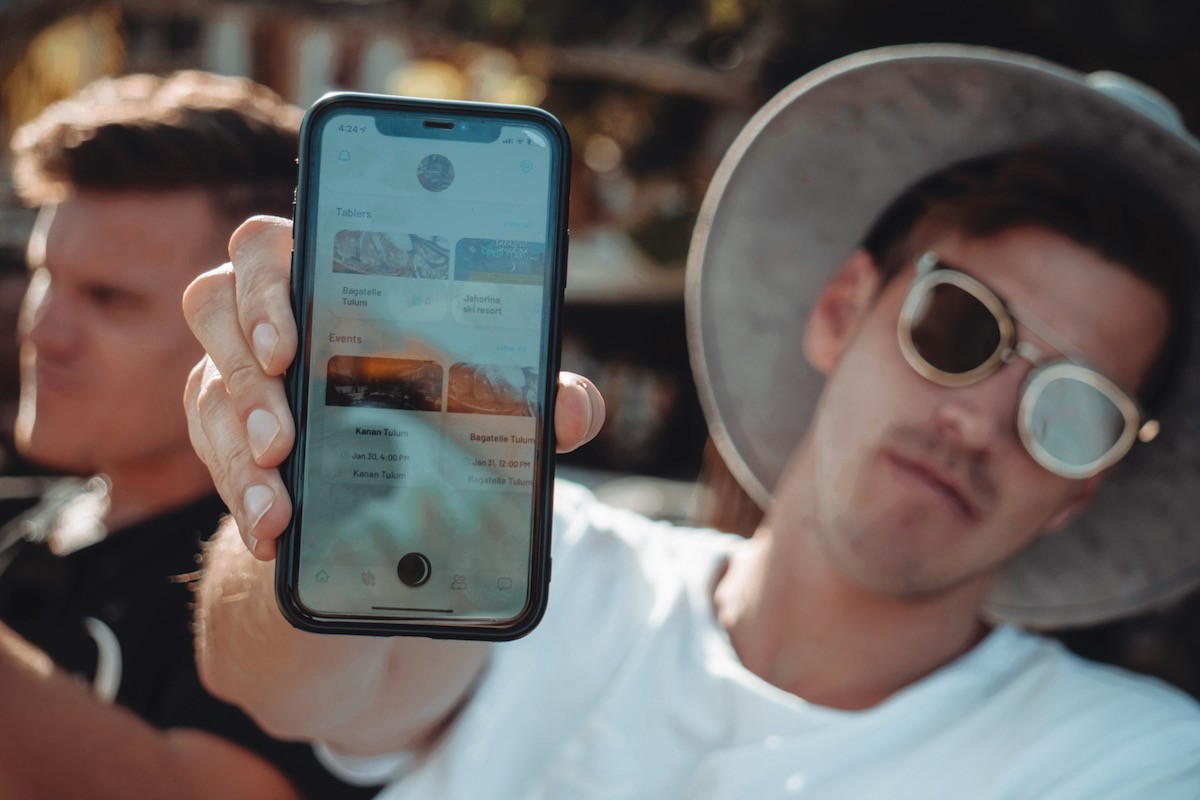 Photo by James Thompson
The Tabler app has arrived in the U.S., launching in Miami.
The sharing economy has arrived at the club.

With apps like Airbnb, Poshmark, and Stashbee, we can share our homes, clothes, and even storage units with complete strangers.

Now, thanks to the Tabler app, Miamians can pop bottles and twerk on the nearest couch with new friends, too.

The app made its official U.S. and Miami debut in May and is gaining steam. It’s billed as allowing members to “pick their own crowds, meet new people, share costs, and get exclusive tables at the best clubs around the world.”

Founder and CEO Deni Sebastian Eferl explains that the company officially formed in 2019 and took a year to finalize its technology. Following a soft launch in Europe in September 2020, as Europe remained generally shut down by the pandemic, Tabler opted to head to the more open and nightlife-filled destinations of Dubai and Tulum, Mexico.

Today, Eferl says, more than 10,000 people from 70 different countries have used the app. The goal is to have more than 50,000 users and raise $5 million in private funding by the end of 2021 and eventually launch in Las Vegas and New York City.

“We are giving people an opportunity to get back to reality,” Eferl tells New Times. “If you don’t have anyone to hit the club with or just want to connect with someone new or network, you can do it. During the pandemic, we all lost that sense of connection, and now we can build it back up.”

A glance at the Tabler app reveals that it's very much a social-driven experience. You build a profile — with a photo and bio (and, obviously, your Instagram) — and then browse available tables or events nearby. On Friday, June 25, those options included a shared table for Alesso’s show at Daer Nightclub, Carnage’s show at E11even, and a private Taco Tuesday event with the Tabler team.

“As we launch, we are doing our own parties, sponsoring events, and working with promoters to get the word out there,” Eferl explains. “The experience depends on people posting tables and joining tables, and, so far, people are seeing that value.”

The app is free to download on the App Store and Google Play Store. The host of a table determines the club, how many people they seek to join their table, and the initial Tabler members to invite, in addition to those who express interest. The host can ask others to split the tab for the cost of the table. Participants settle up in person.

As for Tabler etiquette?

“You have to be a little adaptable,” Eferl says. “You usually have to share a bottle and work together, so don’t be self-concentrated, be open-minded and find a common language.”