Matzo Ball Mingle, Brunch at Rosies's, and Other Food Events This Weekend

Doughnuts at the Salty.
Photo courtesy of the Salty

Holiday Doughnuts at the Salty

You don't have to be Jewish to enjoy a night full of knishes, whitefish, and a chance at love. On Saturday, stop by Kush for the first-ever Matzoh Ball Mingle. Upon arrival, guests will first choose a wristband indicating their relationship status (red for in a relationship; yellow for it's complicated; and green for single). Then, expect games, happy hour drink specials, and a "Hide the Salami" plate special. (We don't name these things; we just report them.) Beginning at 7 p.m. Saturday, December 26, at Kush by Stephen's, 1000 East 16th St., Hialeah; 305-887-8863; kushhospitality.com. Brunch at Rosie’s at the Copper Door B&B

What started as a pop-up in response to COVID-19 hotel closures has transformed into a full-fledged culinary operation. Rosie’s at the Copper Door B&B is now behind an all-new brunch every Thursday through Sunday. Menu highlights include shrimp and grits ($12) with stone-ground grits, roasted tomato, and fennel, sausage; orange honey cinnamon bun ($6) made with bee pollen; pulled pork Benedict ($13) made with rosemary hollandaise, roasted onion, egg, and a house biscuit; and Dutch baby pancakes ($10) with vanilla yogurt, pear, blueberries, almond, and lemon honey. 9 a.m. to 3 p.m. every Thursday through Sunday, at Rosie’s at the Copper Door B&B, 439 NW Fourth Ave., Miami; 305-454-9065; rosiesmia.com. 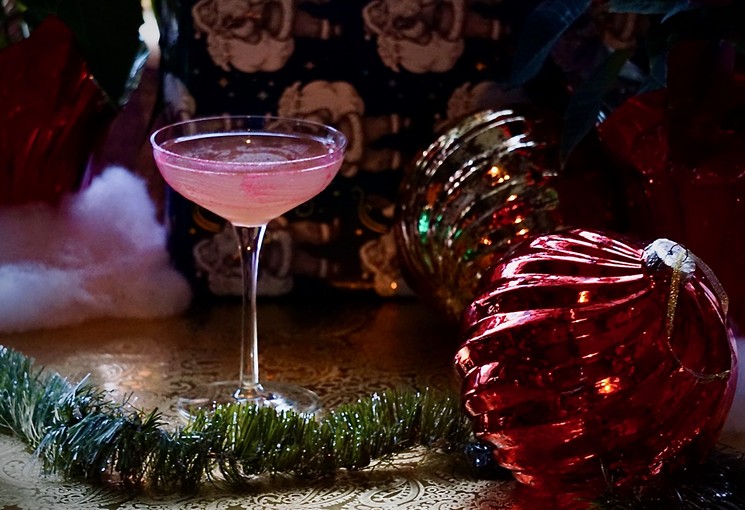 Get into the 2020 holiday spirit every weekend until 2021 commences at Phuc Yea's Santa Sundays. Each week, the restaurant will feature Christmas movies, carols, and secret surprise appearances. Plus, enjoy $12 all-day drink specials, including frozen coquito and the "Drink Up Grinches," a cosmopolitan prepared with spiced cranberry, dry gin, mandarin, and cava. Sundays at Phuc Yea, 7100 Biscayne Blvd., Miami; 305-602-3710; phucyea.com.