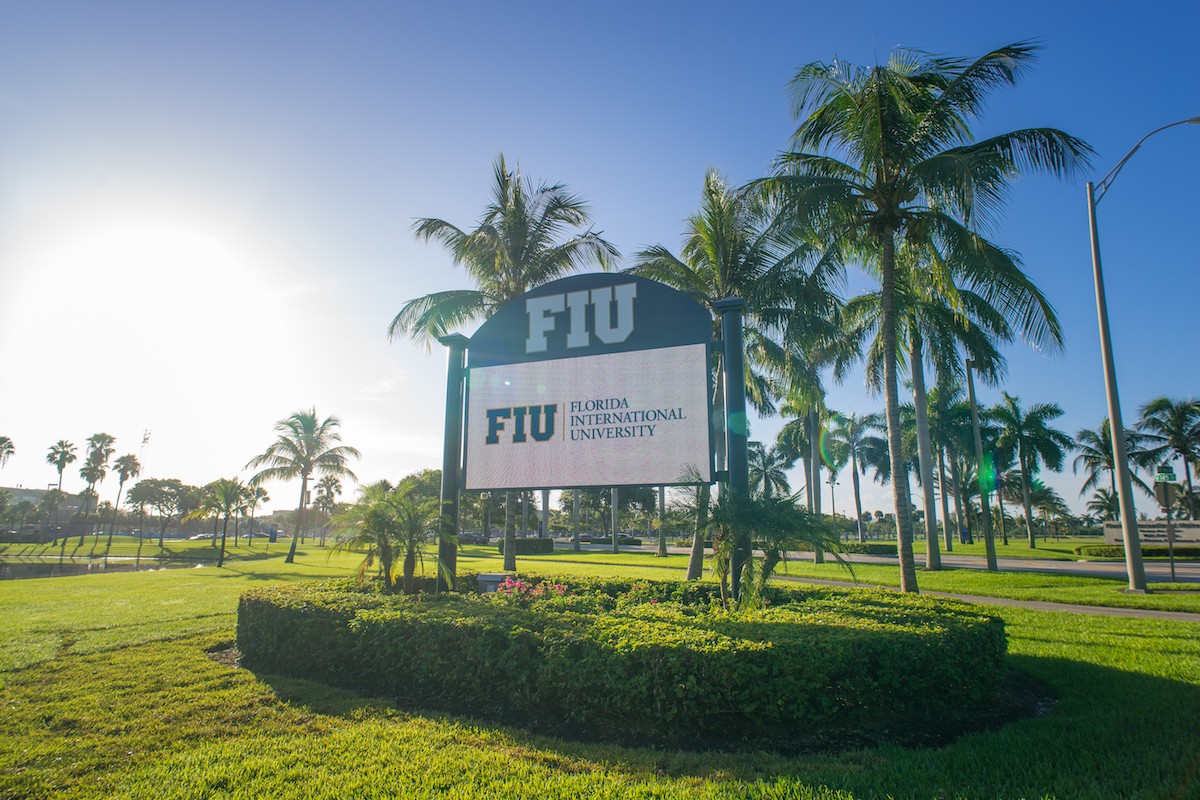 Florida International University
The tweet garnered 2.2 million views and drew the attention of university administrators.
Update, October 29: A Florida International University spokesperson clarifies that the school cannot confirm the identity of the woman in the video. An earlier version of this story stated that the woman had been identified by FIU as Samantha Ramer. FIU says that Ramer is a student at the school but has not independently confirmed that she was the woman dancing in the video.

In a recent video shared on social media, a white Florida International University (FIU) student could be seen twerking in a bedroom reciting an explicit phrase that repeatedly used the n-word, drawing ire from students and condemnation from the university.


@FIU this is your student. you should fix that pic.twitter.com/8DZu2NnLei

@fukinbuzzin then shared a screenshot of an Instagram account that allegedly belongs to the student, whom they identified as Samantha Ramer. An FIU spokesperson confirmed to New Times that Ramer is a student at the university but could not confirm if Ramer was the woman depicted in the video.

One Twitter user commented on @fukinbuzzin's post with screenshots of a conversation they said they had with Ramer in which she denied that she is a racist.

"no one has ever been able to point out a single racist thing ive said or done bc theres literaly not one bc im not a racist, so ya," Ramer wrote. "no one besides white social justice warriors cares that i said nigga in a lyric. ive never made fun of cultures."


Yep shawty not apologizing either, not that I want her to pic.twitter.com/69bOSIbB2o

The Instagram account advertises Ramer's SoundCloud page, where she posts music under the name "DeathByDMT." In a thread accompanying her latest release, "Dreaming on Biscayne," several users have alluded to her Instagram video, commenting "racist bitch" and "ass and she's racist."

@fukinbuzzin's tweet garnered 2.2 million views and more than 6,000 retweets and drew the attention of university administrators.

"I wanna condemn in the strongest possible terms the racist video that was recently posted on social media. The message of the video runs counter to the values that bring us together as a community and do not reflect the views of our university," Rosenberg said in the video, first reported by FIU's student news outlet, PantherNOW.

Rosenberg did not mention any corrective action that might be directed at the student but said he hoped she'd reflect on the message and come to understand that it was wrong.

Some users on social media were disappointed by Rosenberg's statement, saying it was not strong enough and that the student deserves more than a slap on the wrist. But First Amendment protections may well constrain the university from taking disciplinary action.

Let me abbreviate this for y’all

New Times reached out to members of FIU's Black Student Union, who said they were aware of the video and are discussing the group's next steps in response.