Kingg Bucc Teases Forthcoming Project With a New Single, “Turn Me Up” 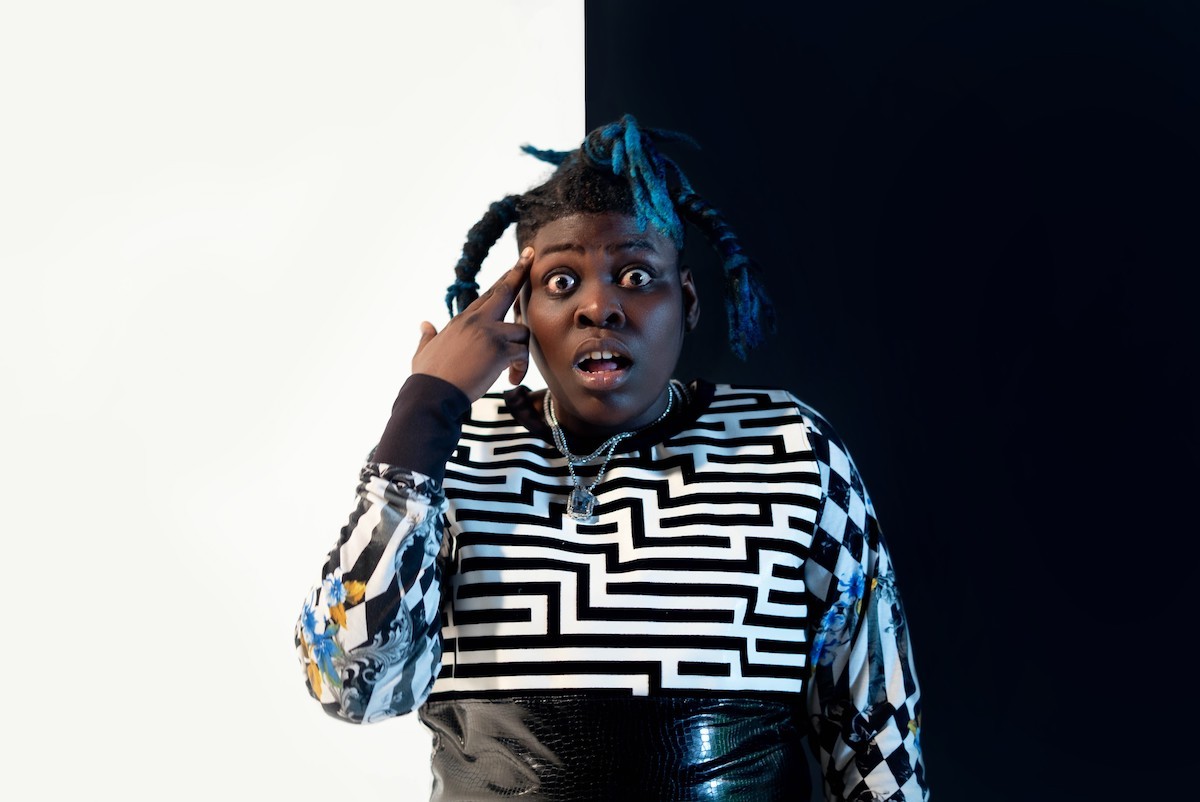 Photo by Matt Arico
Kingg Bucc teases his forthcoming project set to drop in early 2021.
Kingg Bucc is the apotheosis of a Miami rapper. His savvy punchlines, signature blue dreadlock bonks, and a not-to-be underestimated temperament encapsulate his hometown of North Miami Beach. His most recent single, “Turn Me Up,” featuring NLE Choppa, amplifies his brazen lyricism and proves the up-and-comer is just getting started.

Born in Haiti and raised in the Bahamas before moving to South Florida at eight years old, Kingg Bucc originally made a name for himself on the streets of Little Haiti and North Miami Beach's Victory Park neighborhood before he forayed into music.

“I’m a known guy in Miami. I got my first 10,000 followers [on Instagram] just from the streets and people knowing who I was,” he says. “After that, I started dropping freestyles. I went to Cali one day, and I was bored and hot. And then I dropped a freestyle, and it just went viral.”

That spur-of-the-moment, viral freestyle may have seemed kismet, but it was actually the culmination of years of preparation. He started off making beats for impromptu cafeteria freestyle battles in middle school by rhythmically tapping his pencil against the table. Eventually, he started produced beats throughout high school, though he didn’t think he was the rapper type until a teacher tasked him with making a song for a project.

“I didn’t think I was good enough. I couldn’t spit at all in middle school,” he admits.

He dug into the catalog of some of his favorite Southern rappers — Ludacris, Lil Wayne, and T.I. — and committed to memorizing verses to understand style and cadence. He got the courage to release his first song shortly after and took the track to his friends for feedback.

“My homeboys were very brutally honest. They were like, ‘Aye, boy, that shit trash,’" he reminisces, laughing. “I’m glad they were honest, though, because I would’ve thought it was hot — and it was not. So I got back into the lab.”
In 2016, he moved to Atlanta, where he inked a deal with the Crown Recordings and Atlantic Records and teamed up with Grammy-nominated producer DJ Hardwerk to release his 2019 debut EP, Swiper Season.
The eight-track project combines his raw delivery, witty lyricism, and his loyalty to the 305. On “Baguette & Chill,” he proclaims himself as the man of the city, while tracks like “Big Shot” harkens back to his freestyle days with battle-style punchlines and a braggadocios hook.

Outside of his cheeky penmanship, Kingg Bucc also garnered attention to his project through his slapstick personality on Instagram. His second viral moment came from a candid confession that fans found to be humorously relatable.

“People call it comedy, but I really went on my page one day and was just talking how I talk, and then it went viral again,” he recalls. “Everybody was laughing, and I was being serious. It kind of helped with the core following and core fanbase because everyone who was just there for the music discovered I had this other personality.”

His quirkiness is encapsulated in the “2009 & Beyond” visuals released earlier this year and the gaming-themed music video for “Turn Me Up,” an entertaining swivel from the street-style vignettes of his predecessors. His unconventional approach to songwriting epitomizes a new generation of rap aficionados who are further diversifying the genre’s cutthroat sound.

“I like this state of rap right now,” he reveals. “There’s people we’re listening to right now that we probably wouldn’t have listened to ten years ago. Whatever the emotion puts you in, I’m rocking with it. What I do is a little different. I want to bring that fun aspect but show you I’m really him with the skills.”

He also says he’s ready to show the world what Florida artists can bring to the table. And he'll continue to defy the expectations placed on rappers by injecting his culture and personality into his verses.

“I feel like Kodak [Black] opened the floodgates, which is a good thing because we’ve been had talent, but we were getting overlooked by other regions,” he says. “I’ve had conversations with other tastemakers in Miami, and they’re proud of what I’m doing. At first, it didn’t make sense, but as it went along, they see it now and are like, 'Bring it home to Miami.'”

Slated to release his forthcoming project in early 2021, he says he looks forward to one day collaborating with Floridian peers Kodak Black and Rod Wave — or as he quips, “It’s the Florida for me.”