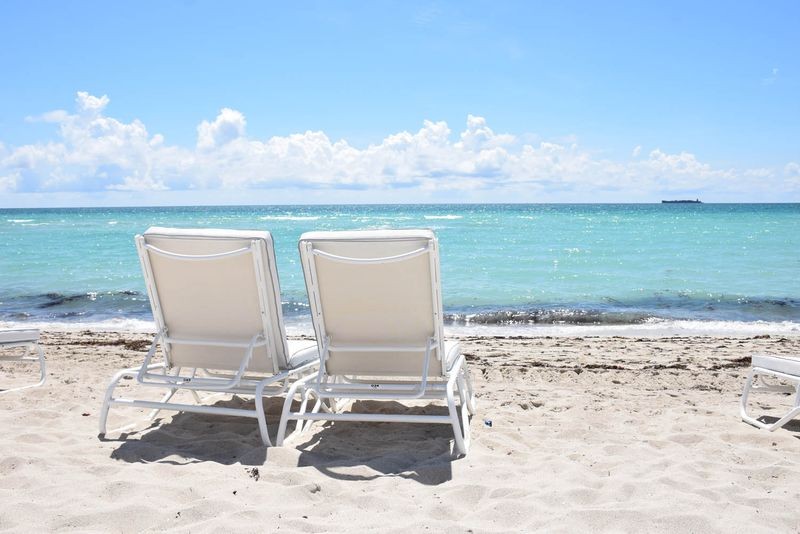 Photo courtesy of Daycation
This could be your view right now.
During a typical month, hundreds of thousands of people come to visit Miami for the sun, the sea, the action, the culture, the food. But how many locals ever take advantage of tourist-focused amenities around the city?

One app is making it easier for Miamians to do precisely that.

Daycation was born four years ago as a way to help vacationers make daytime use of hotel amenities. Since the onset of the pandemic, the app has seen local usage jump between 40 and 80 percent, and since July, its global usage has shot up 150 percent.

"We're already in over 25 cities, and we're growing quickly," says cofounder Matt Boney, an Idaho native who grew up working in a luxury hotel.

In 2015, while he was studying economics at Brown University in Rhode Island, Boney and his family took a trip to Cancún. While there, they strolled through the resort city's many beachfront hotels and pool decks.

"We kept thinking: Wouldn't it be great if we could go in there for the day? So we went and asked, and they all said, 'No, you'd have to have an overnight room," he recalls.

Back at Brown, Boney came up with the concept of Daycation. A few months later, he started scoping out the best environment for building a hospitality startup.

"The reason I chose Miami was to be close to a number of different hotel brands and hotels that had different types of amenities and different amounts of scale," he explains. That and its central location in the Americas has made the city a hotspot for international business, arts, culture, and, more recently, a growing entrepreneurial tech scene.

"I grew up in Bizerte, a coastal city in the north of Tunisia," Soussi says. "Much like Miami, it boasts several hotels and beautiful beaches, and it was the norm for everyone to book day-passes to enjoy a daycation."

More than 20 local spots are participating in Daycation. Packages usually start around $40 per person for access to amenities such as the pool, beach, chairs, and umbrellas, as well as either credits or discounts at the property's restaurant and bars and a discount on valet parking. Fancier day packages run from $125 to $200; in addition to the basic amenities, these may include access to spa lounges, steam rooms, and gyms, as well as discounts on services such as massages.

Users can download the app, scroll through a list of local venues, and chose a package that matches their pleasure to their pandemic-era pocketbook.

Daycation's founders say they are working with hotels to implement COVID-smart regulations that conform to each municipality and state. Those include the usual: facemasks in hotel common areas, social distancing while dining or using pool areas, and readily available hand sanitizer.

Richard Chandler, who until recently was director of revenue management at the Hyatt's Confidante Miami Beach hotel, says he noticed that locals who used Daycation tended to become regular customers — and excellent social-media promoters of a tropical work-life balance.

"Most of us forget that when we live in Miami: that we live where other people vacation," Chandler says.