Miami Entrepreneur Runs One of the Nation's Few Black-Owned Distilleries 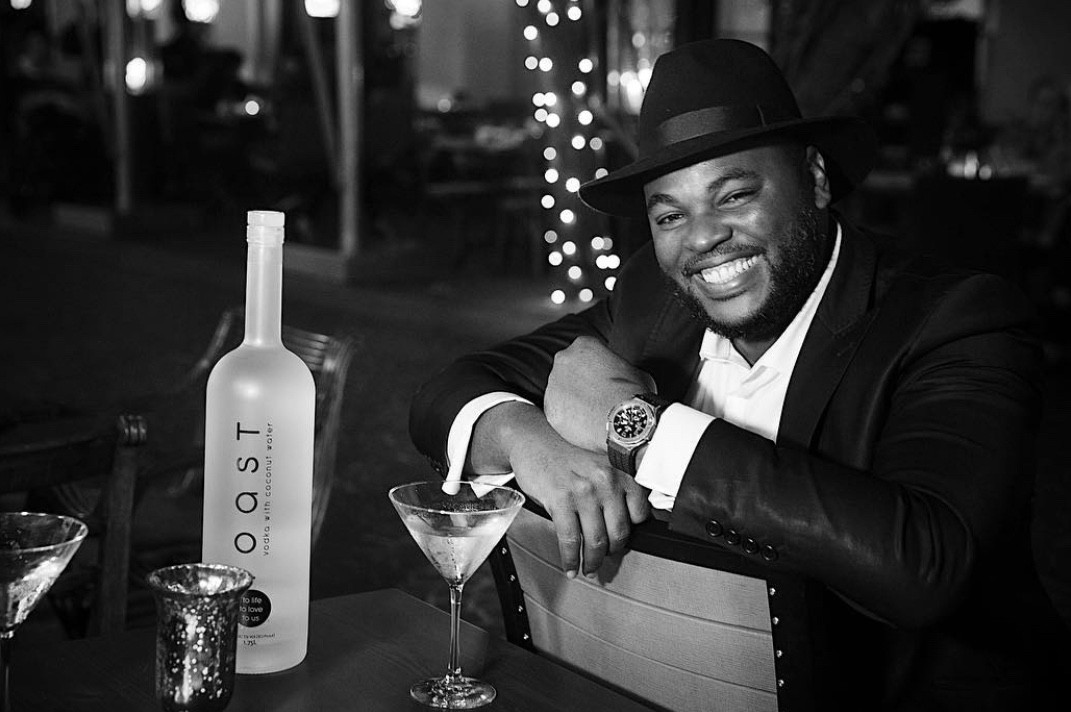 Photo by Davide De Pas Productions
Founder and CEO of Toast Distillers Dieuveny "DJ" Jean Louis smiles next to his award-winning product.
Originally from Haiti, Dieuveny Jean "DJ" Louis emigrated to West Palm Beach when he was 12 and pursued his passion for music as a guitarist in school and at church. Moving to Miami at age 21, he became involved in the entertainment industry and began building a career in music production, event management, and concert promotion.

As he became more well connected, Louis rubbed elbows with some of Miami's biggest stars, including Rick Ross and Pitbull. And he has pulled strings to leverage those celebrity relationships to help his community back in Haiti — on December 5, 2009, Louis threw his first major benefit concert, where Ross headlined a crowd of roughly 750,000.

Months later, Louis was visiting his home country on a volunteer trip when he had a life-changing experience. On the afternoon of January 12, 2010, a historic 7.0-magnitude earthquake struck the island nation, resulting in the death of approximately 200,000 Haitians. Looking back, Louis says he easily could have been among them.

"Instead of checking into my hotel, I decided to go into the town for some food. It was a couple of hours later that the earthquake struck," he tells New Times. "I later found out that everyone inside the hotel died."

Louis cites that near-death experience as the fuel that prompted the creation and soul of his brand Toast Vodka, which he began working on shortly after he returned to Florida. Although he had long had dreams of creating his own liquor brand, Toast was directly inspired by the earthquake. The name, he says, is a toast "to life, to love, to us."

Today, Toast Distillers in Miami is one of the nation's few black-owned distilleries.

"We don't really promote ourselves as a black-owned business where people would even know," Louis says. "We are just working and trying to execute the plan."

Louis created Toast Vodka to be the world's first ultra-premium spirit made with unflavored coconut water. After launching in Florida, he worked with distribution facilities to put his vodka on store shelves and at bars across the U.S.

Since bringing Toast Vodka to market in 2015, Louis has grown the business and now owns an entire distillery out near Doral. After Toast became the official vodka of America's Cup and Sundance Film Festival, in 2016 and 2017 respectively, Louis saw the opportunity for the brand to grow. The Miami Distilling Company welcomed him onboard with 49 percent of the company, until this past November when Louis bought the remaining 51 percent of the distillery, making his Toast Distillers the parent company.

The spirits company now manufactures alcohol products, develops brands internally, and facilitates the distribution needs of other brands. Toast in-house brands include the Toast vodka and a line of seltzers that are currently in the process of going to market. Toast Distillers now fully owns the Miami Distilling Company, which produces Miami Club Rum, E11EVEN Vodka, and Pitbull's Voli 305 Vodka.

Louis says he and Pitbull go way back — when Louis was on the marketing team at Miami Subs as the sandwich chain was restructuring, he persuaded Pitbull to come on as a business partner in 2012. The next year, Louis executively produced International Takeover, a compilation album that featured Pitbull and other Miami artists.

Like Pitbull, Louis is big on 305 pride — he describes himself as "a very big Miamian" who loves to support his adopted city and the state of Florida. Through Toast's charitable arm, Toast First Response, Louis collaborated with a friend to bring 18-wheelers from Tulsa, Oklahoma, full of diapers, food, water, and other supplies to contribute to the relief efforts for the devastation left by Hurricane Irma in September 2017.

"Our entire model is to be here to support the community in any way that we can," Louis says. "Coming from a third-world country, I have seen it all in terms of what it's like when it comes to support and poverty. Anything that we could do, we are here to do that."

When the coronavirus pandemic struck, Louis saw an opportunity for the company to fulfill a need for hand-sanitizer products. His Distilled Spirits Plant (DSP) license allowed Toast Distillers to manufacture products for Veritas Farms.

In keeping with the philosophy of giving, Louis' company has donated the supplies to military and government agencies nationwide, while donating locally to the Boys and Girls Club and the University of Miami.

Over time, Louis intends to keep building and growing the Toast label. In the short term, he hopes Toast Distillers can remain in Miami and help other entrepreneurs develop and manufacture their own brands.