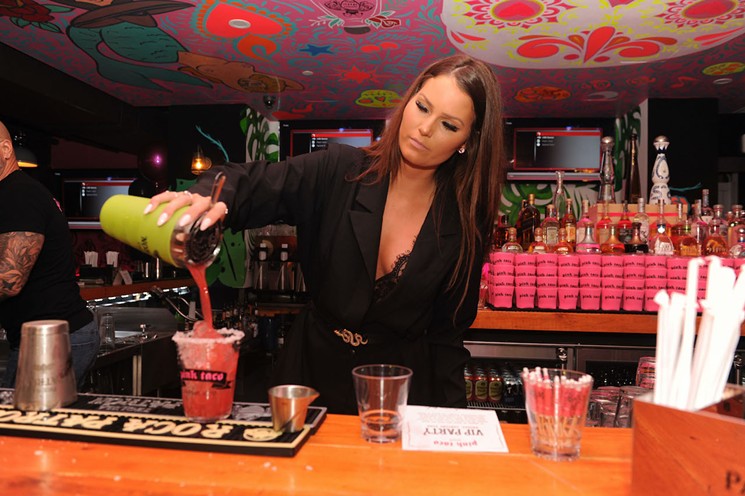 The brand's CEO, Randy Sharpe, says the location, at the Palace's former spot on 1200 Ocean Dr., couldn't be a better match for Pink Taco's South Florida expansion. "Besides the food and drink, we're known to focus on a fun and lively party atmosphere without a lot of rules."

Founded in 1999 in Las Vegas by Harry Morton — the son of Hard Rock Cafe cofounder Peter Morton and grandson of Morton's the Steakhouse cofounder Arnie Morton — Pink Taco made headlines when it opened in Scottsdale, Arizona. At the time, the city's mayor, Mary Manross, asked the owners to change the name after receiving several emails from citizens claiming it to be derogatory slang for female genitalia.

In 2016, the brand was acquired by Z Capital Partners, a private equity firm, and expanded to Chicago and Boston before setting its sights on the Magic City. 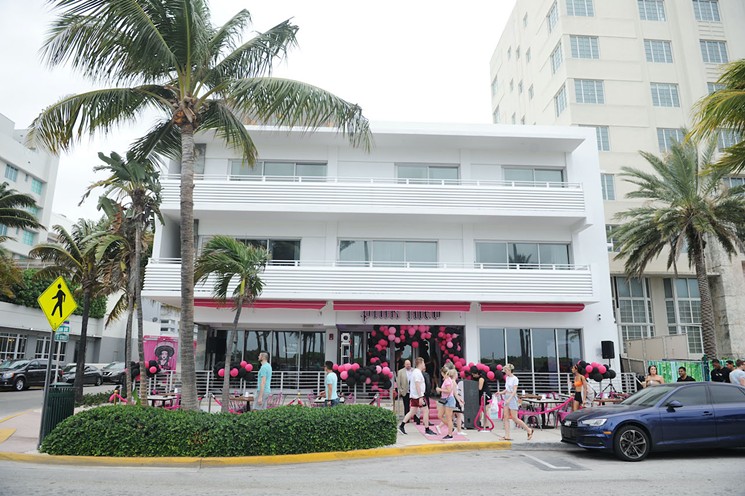 Pink Taco's Ocean Drive location.
World Red Eye
The beverage program at the South Beach spot includes beer, wine, margaritas such as Something Pink — a blend of Codigo 1530 blanco tequila and fresh prickly pear purée served in a branded Pink Taco souvenir glass ($18) — and cocktails such as Avocado Chile, made with Tequila Ocho and served with a chile-lime salted rim ($13).

The 5,500-square-foot restaurant offers indoor and outdoor seating for 199 guests, including patio and sidewalk dining options, a bar seating area, and a private dining room. Like the chain's other locations, Pink Taco on Ocean Drive has walls covered with rock 'n' roll-themed sugar skull artwork. In South Beach, paintings include a portrait of Cuban singer Celia Cruz.

Pink Taco will be open for brunch, lunch, and dinner, as well as late-night hours offering DJs on select nights.