The year is only half over, but Miami's restaurant scene continues to mature. So far, 2019 is a year in which the city's most loved and revered chefs have opened new eateries.

Established toques such as Michelle Bernstein, Michael Schwartz, and Antonio Bachour have opened restaurants that specialize in what they do best, whether it be gorgeous pastries at Bachour in Coral Gables or a soulful rendition of arroz con pollo at Little Havana's Cafe La Trova.

Miami's culinary future is well represented in this list. Michael Beltran and Brad Kilgore, part of a new wave of chefs in the 305, have both opened establishments that put culinary twists on everything from burgers to lasagna.

Twenty nineteen is also the year of affordable, casual dining. Offering everything from a heaping plate of barbecued meat to a proper pastrami sandwich, Miami is finally becoming a city where a good meal can be had without breaking the bank.

2020 Salzedo St., Coral Gables
305-203-0552
antonio-bachour.com
Antonio Bachour has become the Obi-Wan Kenobi of pastry chefs. This master of confections spends much of the year traveling to far-off parts of the globe to teach young would-be pastry Jedi how to make the most gorgeous cakes, tarts, and breads. Though the chef could be anyplace in the world, Miamians are lucky to be able to enjoy his creations at Bachour in Coral Gables. There, find his signature petits gateaux ($8), bonbons ($3), and macarons ($3) — all decorated in exquisite, colorful details and offered in flavors such as matcha, milk chocolate passionfruit, and mojito. Sandwiches and tartines use Bachour's bread, baked daily. 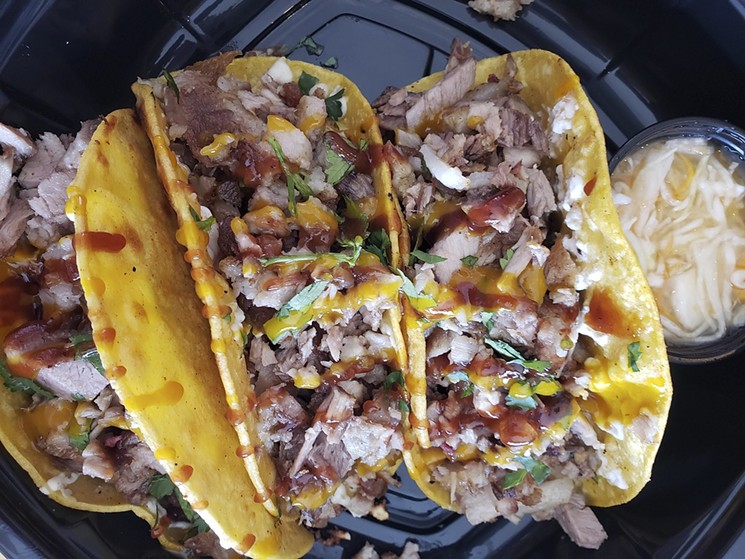 99 NW 54th St., Miami
305-381-5464
bongoutbbq.com
Bon Gout BBQ offers brisket, ribs, chicken, and a bounty of Caribbean and soul-food sides such as rice and peas ($3) and mac 'n' cheese ($3). The house specialty is griot — deep-fried bits of pork shoulder. Pop them directly into your mouth or tuck them into a tortilla with pikliz — a spicy Haitian cabbage dish. 971 SW Eighth St., Miami
786-615-4379
cafelatrova.com
Chef Michelle Bernstein and cantinero Jose Cabrera, who recently won the Best American Bartender award at Tales of the Cocktail's Spirited Awards, have created a love song to the Cuba of old through Cafe La Trova. It's a multisensory experience where bartenders in red vests throw daiquiris opposite a stage where a band plays jazz and trova music. Chef Bernstein's menu includes steak empanadas ($12), paella croquetas, and her famous short ribs ($36). Don't forget to visit the back bar, a kitschy tribute to '80s Miami complete with cocktails served on a tray with a "line" of powdered sugar. Cafe La Trova has serious cocktails and food, but the atmosphere is joyful and a bit sassy. Forget Disney — this is the happiest place in Florida. 3444 Main Hwy., Coconut Grove
786-534-8722
chugsdiner.com
Michael Beltran opened his little Cuban diner just a stone's throw from his Coconut Grove restaurant, Ariete. At Chug's hunker down with his "Abuela's plates" of mojo roast pork ($9.99) or fried fish ($14.99). Each dish arrives with black beans, white rice, and half of a banana — just the way Beltran says his grandmother plated his lunch. No self-respecting Cuban spot wouldn't serve a proper cubano, croquetas, and a pan con minuta. You'll find them all here.

8300 NE Second Ave., Miami
305-908-3849
thecitadelmiami.com
Packed with 15 food concepts and one main bar, the Citadel is a popular spot with locals in Little Haiti, Miami Shores, and El Portal. The design, a mix of greenery and industrial woods and steel, makes for an inviting setting to have a few drinks or explore the many food concepts. Standouts are Steve Santana's Taquiza, Ash Pizza, and Richard Hales' Sakaya Kitchen/Society BBQ. Don't forget to end the evening with a pastry from Bachour and coffee from Vice City Bean. 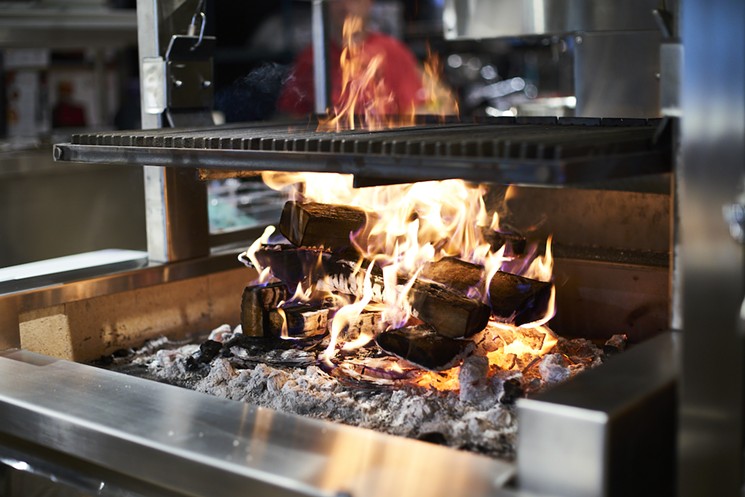 151 NE 41st St., Miami
786-334-6494
embermiami.com
At Ember, Brad Kilgore returns to his Kansas City roots with a menu that's both accessible and intricate. Take, for example, the fried chicken he created with the restaurant's chef de cuisine, Nick Graves. It's brined for 24 hours and then cold-smoked, double-battered, and fried before being plated with either Kilgore's BKQ barbecue sauce or caviar butter. The same care can be seen in everything from the fire-roasted lasagna — which resembles a cheesy, savory mille-feuille ($29) — to the crème brûlée ($12) that's branded tableside. 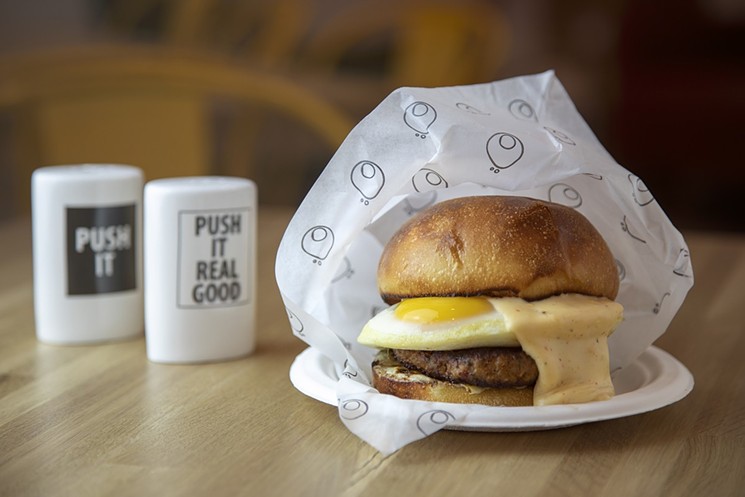 250 NW 24th St., Miami
305-699-0601
laidfresh.com
Michael Lewis and Steven Haigh, the founders of Kyu in Wynwood, have opened a fast-casual concept that pays tribute to the humble egg. At Laid Fresh, find egg sandwiches of all kinds, including the EBLT, with a fried egg, crisp bacon, lettuce, and tomato ($9), and a classic sausage and cheese ($9). Also available are salads, beignets, and local craft beer. Laid Fresh might be Miami's best place to nurse a hangover, but even if you wake up feeling great, a trip there is sure to please. 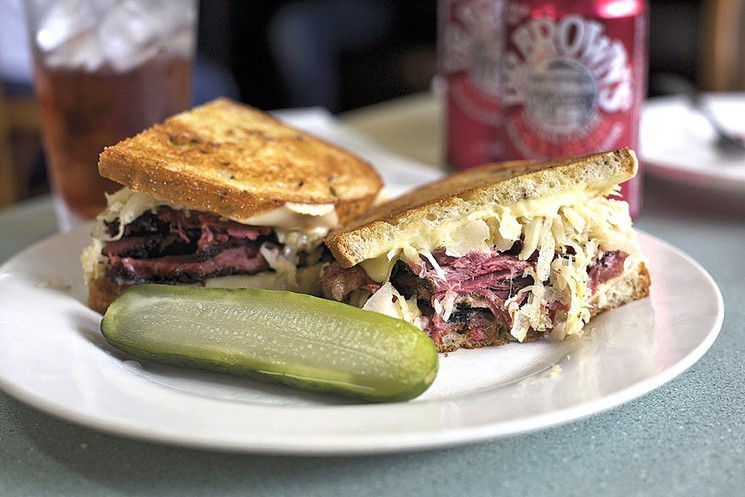 1000 E. 16th St., Hialeah
305-887-8863
kushhospitality.com
Matthew Kuscher (Lokal, Kush, the Spillover) purchased the last of Hialeah's Jewish delis in 2017 with a mission to keep the tradition alive. Nearly two years later, he reopened Stephen's with a restoration so admirable you almost feel as if you're stepping back to 1954, when the restaurant was one of four delis on the block. Henderson "Junior" Biggers still slices the pastrami and corned beef to order. A pastrami and corned beef combo sandwich ($14 for six ounces of meat and $20 for ten ounces) is served on rye, slathered with spicy deli mustard, and served with coleslaw and a whole sour pickle. Wash it down with an egg cream, accompanied by a pretzel rod. Later this summer, Kuscher plans to open La Cocina, a 40-seat bar decorated with lotto tickets and Caja China labels. At Stephen's, Kuscher is paying tribute to the Hialeah of yesteryear while firmly facing the future. 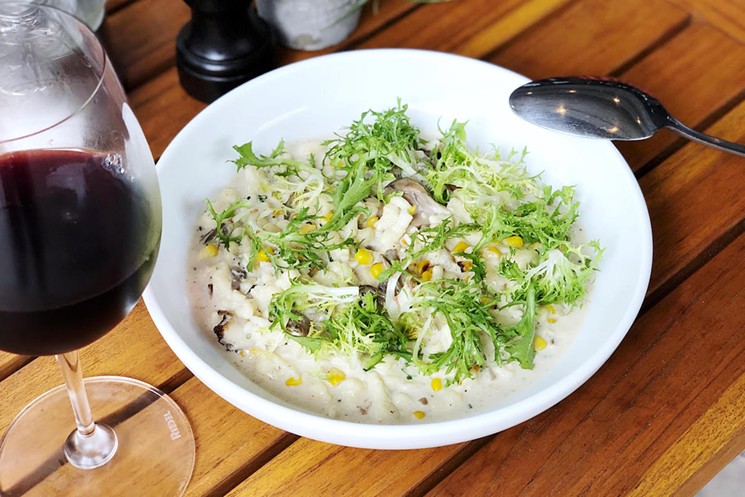 3321 Mary St., Coconut Grove
305-722-5688
tigertailandmary.com
Michael Schwartz opened Tigertail + Mary just a few months ago, and already it's a local favorite — mainly because of the chef's familiar premise to make accessible food using the finest products that are locally sourced as often as possible. The menu is "vegetable-forward," with offerings such as asparagus and morels ($21) and a charred escarole caesar salad ($15). There's plenty of protein too, including favorites such as roasted bone marrow ($23) and suckling pig with braised greens ($33).

1601 Drexel Ave., Miami Beach
786-753-5388
timeoutmarket.com/miami
When Time Out Market Miami opened in early May, it introduced South Beach denizens to nearly 20 of the best chefs and restaurants in town, three bars, and a chef-in-residence program. The food hall, modeled after the Time Out Market in Lisbon, Portugal, works because it allows tourists and locals to experience the finest concepts in Miami under one roof. The best way to experience the market is to gather a group of friends and each order a different item. A sample of this smorgasbord could include pho ga ($15) from Pho Mo by chef Cesar Zapata, a "Miami bro" lobster roll ($21) from Salt & Brine, and arroz imperial ($18), studded with duck ham and duck fricassee, from Alberto Cabrera's Local Cuban.