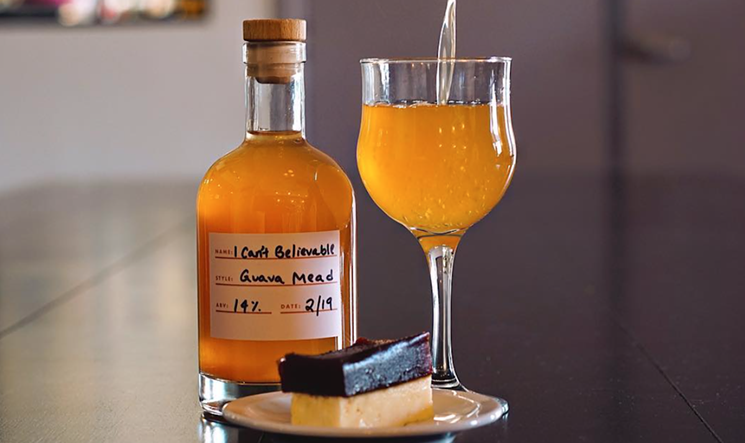 The most guilt-free mac and cheese you'll ever eat.
Vegandale Festival
Vegandale Miami at Virginia Key Beach Park. There's a place called Vegandale in Toronto. It's a one-block utopia of vegan eateries, shops, and other goodness. Now Vegandale is hitting the road, bringing the Vegandale Miami festival to town Saturday. Among the vegan vendors you can check out are Snackrilege (Portland), Imperative (Toronto), and Hempferu (Austin). In addition to stuffing your face with guilt-free goodies, you'll find tunes, games, and giveaways throughout the day. 11 a.m. to 7 p.m. Saturday, June 13, at Virginia Key Beach Park, 4020 Virginia Beach Dr., Miami. Tickets cost $10 via vegandalefest.com.

Just in time for mango season.
The Salty Donut
Mango Croughnut Collaboration Between the Salty Donut and Michael Schwartz. The Salty Donut's annual mango croughnut special is back, but this year it includes a partnership with the James Beard Award-winning chef Michael Schwartz and his new Coconut Grove restaurant, Tigertail + Mary. Made with a 24-hour brioche dough similar to that used in the Salty Donut's other creations, the mango and coconut croughnut is rolled in pineapple-infused sugar and filled with Carrie mango (a variety that originated in South Florida) and coconut custard and then topped with dollops of coconut buttercream and coconut and mango pâté de fruit. Schwartz's Tigertail + Mary will debut the treat at Tigertail + Mary's new T+M Café this Friday. Beginning at 8 a.m, the café will give away one free croughnut per customer until the day's supply is gone. The treat will also be available for $4.75 at the café Saturday, July 13, and Sunday, July 14.