With "Reconstructing Identity," Miami MoCAAD Explores the Diversity Within Diversity

Onajide Shabaka
Onajide Shabaka, Untitled
The Ward Rooming House, built in Overtown in 1925 and designated a historic site in 2006, is a vestige of Jim Crow-era Miami. When black and Native American travelers were turned away or harassed at other hotels in the city, Ward Rooming House was a safe place to stay. Until Thursday, June 27, it's the temporary home for "Reconstructing Identity: An Exploration of Identity and Diaspora Through Artistic Practice," a pop-up exhibition by the Miami Museum of Contemporary Art of the African Diaspora.

This isn't the first show the museum has organized. They helped develop a catalog and symposium around Eduard Duval-Carrié's exhibit at the Museum of Contemporary Art North Miami; collaborated with the Opa-locka Community Development Corporation to unveil Hank Willis Thomas' sculpture, All Power to All People; and worked with local galleries and institutions to show the work of artists Sam Gilliam, Lou Stovall, and Romare Bearden.

But "Reconstructing Identity" is the first of what organizers hope will be several exhibitions at various venues in Miami to draw people into Miami MoCAAD's vision — which includes launching an exhibition space of its own. Right now, the organization is a museum in name only, lacking a physical museum building to house events and collections.

"Our mission is to discover, collect, preserve, and exhibit the most advanced artists of the African diaspora," reads Marilyn Holifield, pulling directly from the museum's mission statement. She's one of the founding board members of the museum and a director of the foundation working to fund a brick and mortar home for Miami MoCAAD. "We believe that our museum will inspire curiosity about the relationships of the global dispersal of people of African descent to the development of the U.S., Latin America, the Caribbean, Canada, and Europe."

Except for those living under a magically ahistorical rock, it's common knowledge that the foundation of Western civilization as we know it was built on the backs of black and brown slaves. It might also be common knowledge that those slaves' and workers' cultures, traditions, and bodies were denigrated or destroyed for hundreds of years. For Holifield, it hasn't been that long since students and other young people fought to get African American scholars, scientists, and visionaries recognized by Eurocentric academic canons.

"My thinking stems from my decades-long, lifelong interest in art and lifelong interest in addressing the issue of under-representation of black art and black culture in academia as well as in the art world," she explains. "No one museum can do it all. Even art insiders have very little information and exposure, in a broad sense, to artists of the African diaspora. We would like to bring into the forefront and into the conversation more sharply the visibility of artists of the African diaspora." 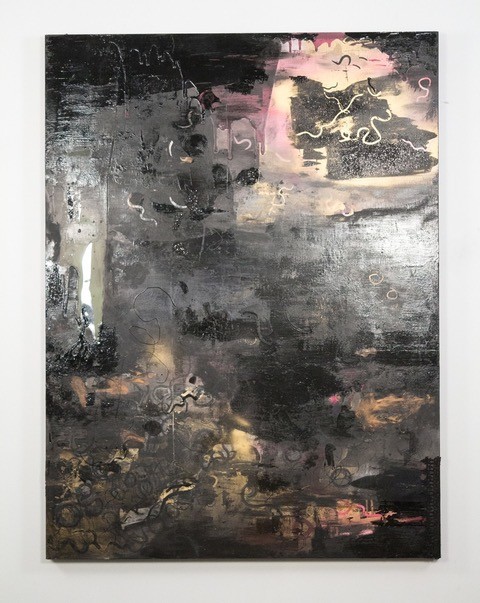 Sharon Norwood, Black Is Beautiful
Sharon Norwood
"It’s important that we have an institution that truly represents what Blackness is about in a way that is authentic," says DonnaMarie Baptiste, curator for "Reconstructing Identity." "The greatest museums, I think, come from a place of authenticity. Large museums, in general, do the best work that they’re able to do, but you can’t be specific. There are so many people in the world. Everyone wants to see themselves reflected, and I think everyone should."

But even in an era of progress for diversity, marginalized groups are often neglected. That's apparent when looking at the work of Asser Saint Val, one of the artists featured in "Reconstructing Identity." While describing his paintings, which casually but conspicuously include everyday objects invented by African Americans, Baptiste interjects, "Who knew the ice cream scoop was invented by a black guy?" Or take the work of Duwane Coates, a photographer exploring Afro-Cuban identity in a context where many claim racism "doesn't exist." Baptiste notes the beauty of Coates' subjects while pointing out how little the images match the narrative we have of Cubans and Cuba, even in Miami. It seems the deeper we drive into diversity — beyond the George Washington Carvers and the Calle Ochos — the more foreign each discrete experience becomes.

"The show is really about the complexity and the connectedness of people of African descent," says Baptiste. "I think regardless of where you’re from, if you’re black in this country or in the world, you’re kind of always reconstructing your identity because people are always judging you by the color of your skin. These artists, they’re all talking about...the way that they’ve had to kind of reexamine their place in a world that doesn’t always necessarily accept blackness."

This complexity and connection are what Holifield calls "diversity within diversity" — the specific and varied, public and private, superficial and deep explorations of what it means, or could mean, to be Black. Baptiste points out that this isn't an experience unique only to Blackness. "Reconstructing Identity" is "an opportunity for people to think about what identity means, and how you identify in the world, and how the world identifies you."

For Holified and others working with her to open Miami MoCAAD, it's the beginning of a new understanding of the art of the African Diaspora, even before it can find a physical home. But even as Miami MoCAAD gets closer to finding a site where they can begin to build, it seems strangely appropriate that these new narratives are beginning to move through our city, as their stories are defined by the movement of peoples and traditions.

"Reconstructing Identity: An Exploration of Identity and Diaspora Through Artistic Practice." Through June 27, at the Historic Ward Rooming House, 249 NW Ninth St, Miami; 786-439-9718. Wednesday through Friday noon to 6 p.m.; Saturday 1 to 5 p.m. Admission is free.