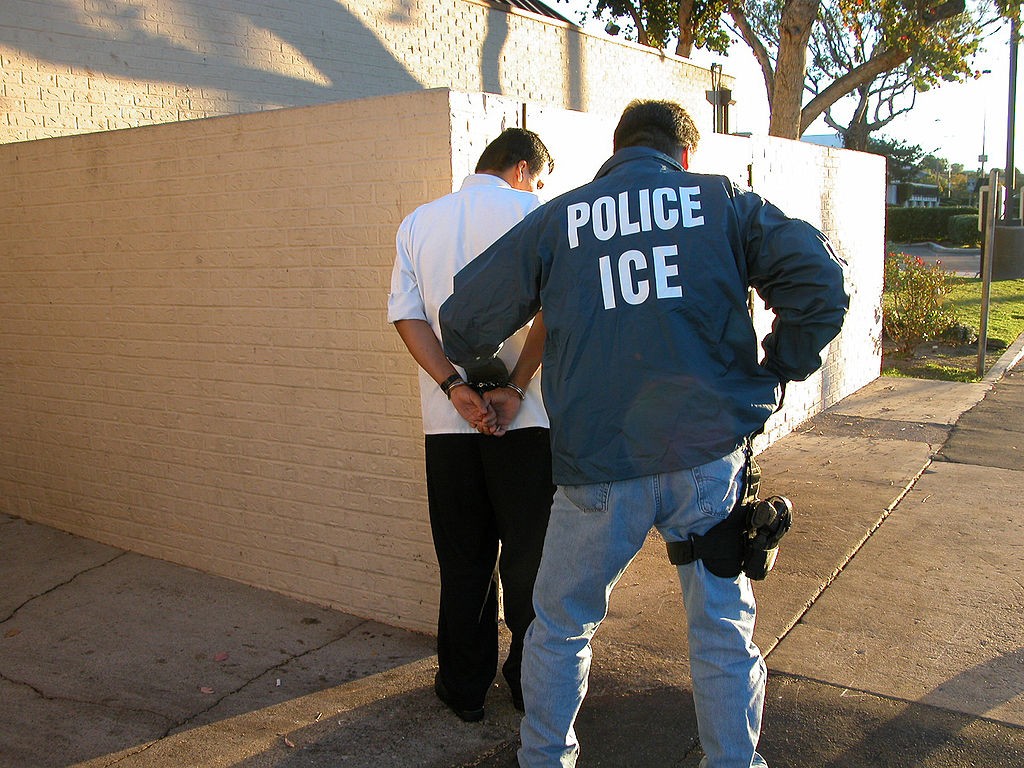 Police via Wikimedia Commons
For the second straight year, immigrant arrests in the Miami field area grew more quickly than anywhere else in the nation, according to a New Times review of federal data.

Apprehensions in U.S. Immigration and Customs Enforcement's Miami area of responsibility — which encompasses Florida, Puerto Rico, and the Virgin Islands — spiked from 6,192 in 2017 to 8,419 in 2018, according to ICE arrest and deportation statistics for the 2018 fiscal year released last December and reviewed by New Times. That's a 36.8 percent jump.

No other enforcement area saw a bigger increase. That's stunning, since the same was true last year. From 2016 to 2017, arrests in ICE's Miami area jumped a staggering 75 percent, far outpacing every other enforcement region.

But again, no area topped Miami in terms of percentage increase.

A few zones actually saw fewer arrests than last year, including ICE's enforcement zones in Los Angeles, San Francisco, and Seattle. But, for the nation, arrests jumped again in the 2018 fiscal year, up to 158,581 arrests from 143,470 the year prior. The year's total is almost a 50 percent spike from Barack Obama's final year in office:

ICE
That doesn't absolve the Obama administration of complicity. While Trump's Homeland Security department has ratcheted up arrests, the present White House occupant has yet to come close to Obama's 2011 peak of 322,093 apprehensions. There's a reason immigrant-rights groups called Obama the "deporter in chief." While Obama slowed his ICE arrest-machine by the end of his term, he left behind a system Trump was able to easily ratchet up again.

The three most common reasons for ICE apprehensions last year were DUIs, drug possession, and traffic offenses. The vast majority of ICE arrests were for nonviolent offenses.

Immigrant rights activists have protested ICE's actions in the Miami area continually since Trump took office — especially after critics alleged the agency was conducting "silent raids," in which ICE summons immigrants for what seem to be routine check-ins, then detains them without warning. Over the weekend, the Miami Herald reported that ICE allegedly used such tactics to detain Claudio Rojas, an immigrant activist who previously reported on what he said were harsh conditions inside the Broward Transitional Center, a for-profit ICE facility run by the Boca Raton corporation GEO Group.

Rojas appeared in a documentary, The Infiltrators, which was set to screen at the Miami Film Festival today. But ICE conveniently detained Rojas days before the screening. This isn't the first time the agency has been accused of arresting critics and activists.