Five Florida Writers to Watch in 2019

Photo by Monica McGivern
Jennine Capó Crucet
Whether you were born and raised in Florida or made it your home later in life, you’ve heard the smack talk: There's no culture in the Sunshine State. And, hey, we’ll be the first ones to admit Florida is a weird place: Alligators eat men, and men eat faces, while the rest of us are just trying to get home without being run off the road by drivers with no concept of turn signals or speed limits. Still, one thing we have going for us is great culture, especially when it comes to local badass, talented, hit-you-in-the-gut writers. Florida has moved past the days of the cocaine cowboys and campy Everglades capers; this is the real stuff, the gritty stuff, words that hit you in the chest with their truth. Welcome to the golden age of Florida writers. Kristen Arnett
Photo by Maria Jones
Kristen Arnett. If you’re in the mood for intelligent, sometimes crass, and sometimes sweet writing, look no further than Orlandian Kristen Arnett. Besides being a columnist for Literary Hub and entertaining readers on Twitter with her 7-Eleven misadventures, Arnett is a breath of fresh air for those weary of the same-old, same-old. Her first novel, Mostly Dead Things, will be published this June and follows Jessa-Lynn Morton, a young woman who has taken over the family taxidermy shop after her father commits suicide. Sounds grim, right? Yes, but also no. The story is one of family, sex, and human persistence after . And if you can’t wait till June, check out her first collection of stories, Felt in the Jaw (2017).

Choice quote: “Florida isn’t like other states, but you’ve heard that before. Some of what we are just terrible. We’ve got a lot of crime and racist, shitty cops. People here voted overwhelmingly for Trump. I’m trying to build something new in this essay, but the honest truth is that some of the bad stereotypes are accurate.” — “The Problem With Writing About Florida” Jaquira Díaz
Photo by Maria Esquinca
Jaquira Díaz. Born in Puerto Rico and raised in Miami, Jaquira Díaz is one of the best writers to emerge from the 305 in decades. Besides writing essays about what it means to be a teenaged girl, mental illness, and growing up in Miami Beach (spoiler alert: it ain't pretty), she's finally set to release not one, but two books in the near future. Ordinary is a memoir coming in October, and excerpts indicate it will be lyrical and gritty, with moments that describe adolescence in both heartbreaking and spot-on ways. Soon thereafter (we hope) will the release of her first novel, I Am Deliberate.

Choice quote: “We started talking about dying long before the first woman jumped. What our parents would do once we were gone. What Mr. Nuñez, the assistant principal at Nautilus Middle School, would say about us on the morning announcements, how many of our friends would cry right there on the spot. The songs they would dedicate to us on Power 96 so that all of Miami Beach could mourn us — Boyz II Men’s ‘It’s So Hard to Say Goodbye to Yesterday,’ D.R.S.’s ‘Gangsta Lean.’” — Ordinary Girls 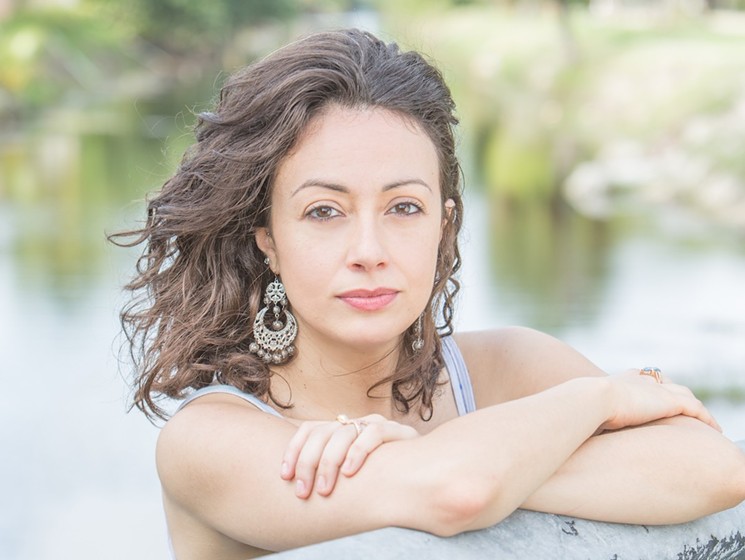 Jennine Capó Crucet
Photo by Monica McGivern
Jennine Capó Crucet. A Hialeah native, Jennine Capó Crucet both walks the walk and talks the talk. Her first collection of stories, How to Leave Hialeah (2009), was a blueprint of sorts on how to navigate growing up second-generation in the United States and what it means to extract your roots. Make Your Home Among Strangers (2016), her first novel, is set in 1999 and deals with pivotal issues such as being the first in a family to attend college, what it's like being a person of color up North, and how the Elián González saga transformed a community. Her latest offering, My Time Among the Whites: Essays, set to come out this fall, touches on race, immigration, the fallacy of the American dream, and so much more.

Choice quote: “Canals zigzag across the city I used to call home. Those lines of murky water still run beside and under expressways, now choked by whorls of algae — mostly hydrilla, a well-known invasive, though that's likely the only algae I ever saw growing up in Miami.” — Make Your Home Among Strangers Karen Russell
Photo by Michael Lionstar
Karen Russell. You probably recognize Karen Russell’s name from Swamplandia!, her first novel, which was a finalist for the Pulitzer Prize in 2011. Or maybe you know stories from her collections St. Lucy’s Home for Girls Raised by Wolves (2007) and Vampires in the Lemon Grove (2014). A native Miamian, Russell makes our special brand of weird both dark and wonderful. Her new collection, Orange World, is due out in May. Its stories include a man falling in love with a 2,000-year-old girl, and a woman agreeing to breastfeed the Devil in exchange for her child’s protection. All we can say is: Bring it.

Choice quote: “We had one mammal, Judy Garland, a small, balding Florida brown bear who had been rescued as a my grandparents, back when bears still roamed the pinewoods of the northern swamp. Judy Garland’s fur looked like a scorched rug — my brother said she had ursine alopecia.” — Swamplandia! 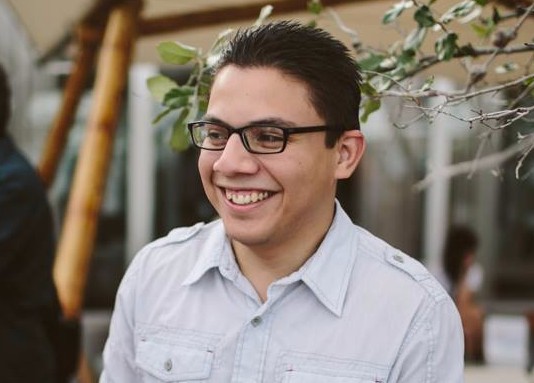 Ariel Francisco
Photo by Gesi Schilling
Ariel Francisco. OK, Ariel Francisco’s book doesn't technically come out until 2020, and he doesn't technically live in the Sunshine State anymore, but you can still consider him a Miami poet worth having on your radar. Author of All My Heroes Are Broke (2017) and Before Snowfall, After Rain (2016), he was born in the Bronx to Dominican and Guatemalan parents and was raised in the Magic City. His new book, A Sinking Ship Is Still a Ship, should be well worth the wait, and we’re betting he’ll come back here if we ask him nicely enough.

Choice quote: Think of Ponce de Leon, that idiot / who thought the fountain of youth / was real, and worse, it was / in Florida of all places, this flower. — "Don’t Ever Come to Florida"