Courtesy of the artist
Say yes to Sam Stan.
Admit it — you spent last year listening to mainstream radio music and then complained there was nothing refreshing. But South Florida has been putting itself on the map in EDM, Latin, rap, and now R&B for the past few years. Your SoundCloud rapper friends have turned mainstream, so it’s time to give a few fresh faces credit. Many of your favorite artists claim they'll release new music in 2019, but these five acts are actually putting their mouths where their Spotify plays are and planning releases of playlist-worthy tracks.

These are South Florida's R&B and hip-hop acts to watch in 2019. And remember — New Times told you first.

FloKid promises new releases in 2019.
Photo by Jesse
FloKid. He's North Miami Beach’s savior — or so FloKid proclaims proudly in his social media bios. The hip-hop artist takes rap to a new level by finding the true art in lyricism and storytelling, which is a breath of fresh air in today’s rap scene. With SoundCloud rap on the rise, FloKid breaks stereotypes by releasing freestyles flexing sharp lyrics and relatable . His #PracticeOnWeekends freestyle series was popular in when he also released his album Lil Jo-Z: A VP Story. If true talent and lyricism are what you’re into, FloKid promises a fruitful 2019. Be on the lookout for new releases by Morgan Bryson.
Photo by Xavier Luggage
Morgan Bryson. “2019 lookin’ bright for fresh releases from yours truly,” Miami-based artist Morgan Bryson says on her Instagram page. Her aesthetically pleasing pale skin and rosy cheeks are staples in her performance art, and we wouldn’t put it past her to wear the same makeup in the studio. She’s been getting into character for the past year. Formally known as Voila Snow, she was the lead vocalist for the production/DJ duo . Her voice is familiar experimental beats and head-knockers, including “Caught Up,” which has been remixed by every producer in Miami. According to her Instagram stories, she plans to release her first single of the year in February, and her fans are shaking with anticipation. 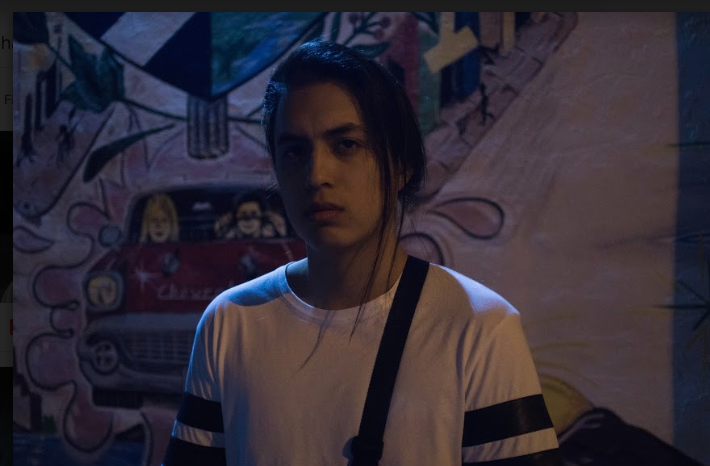 St. Loreto is reclaiming alternative R&B all 2019.
Courtesy of artist's management
St. Loreto. This Pinecrest native's music fills the void for the moody alternative-R&B tracks the Weeknd used to make before he went pop. St. Loreto started his singing career in a band a few years ago before going solo and incorporating more R&B vibes into his music. In 2018, he released two singles — “Demons Dancing” and “Kevin’s Heart” — which quickly grew on local alt-R&B lovers. He has hinted at an upcoming music video for an unreleased single and promises fans more performances and his debut EP in 2019. 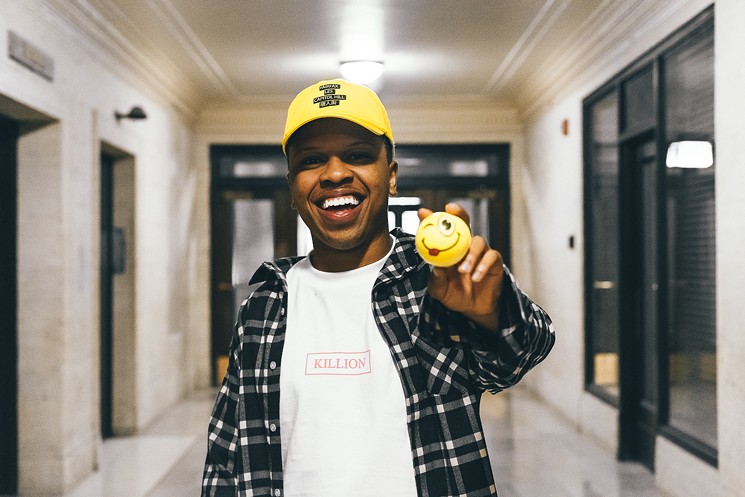 More of Sam Stan's happy raps are on the way.
Courtesy of the artist
Sam Stan. Pembroke Pines-based rapper Sam Stan is always happy. But the grin on his face doesn't come from his feeling blessed to wake up every day; it's there because he’s been hoarding music for months and plans to release it in 2019. The Happy Raps lyricist drops songs sparingly, but when he does, they're always high-quality, bouncy bops with easy-to-remember lyrics. In 2018, his tracks garnered more than a million streams, which included Happy Hour. The three-track EP topped playlists and became a staple in his discography. Stan promises more happy raps, along with more cookies, which he always hands out at his live shows.

Nil Bambu is in the studio.
FieldOfFocus
Nil Bambu. Fans all of 2018 for new music from Nil Bambu. They clung to her 2017 EP, Diamond Sutra — four songs of her whispering sweet nothings into their ears. Her 2018 consisted of releasing a rough cover of Mariah Carey’s "My All," but otherwise she remained quiet. Posting a photo in the studio this past November, she let eager listeners know new music is finally coming. The R&B scene in South Florida has grown tremendously over the past two years, and in 2019, we can expect new singles and collaborations from the sultry R&B singer.