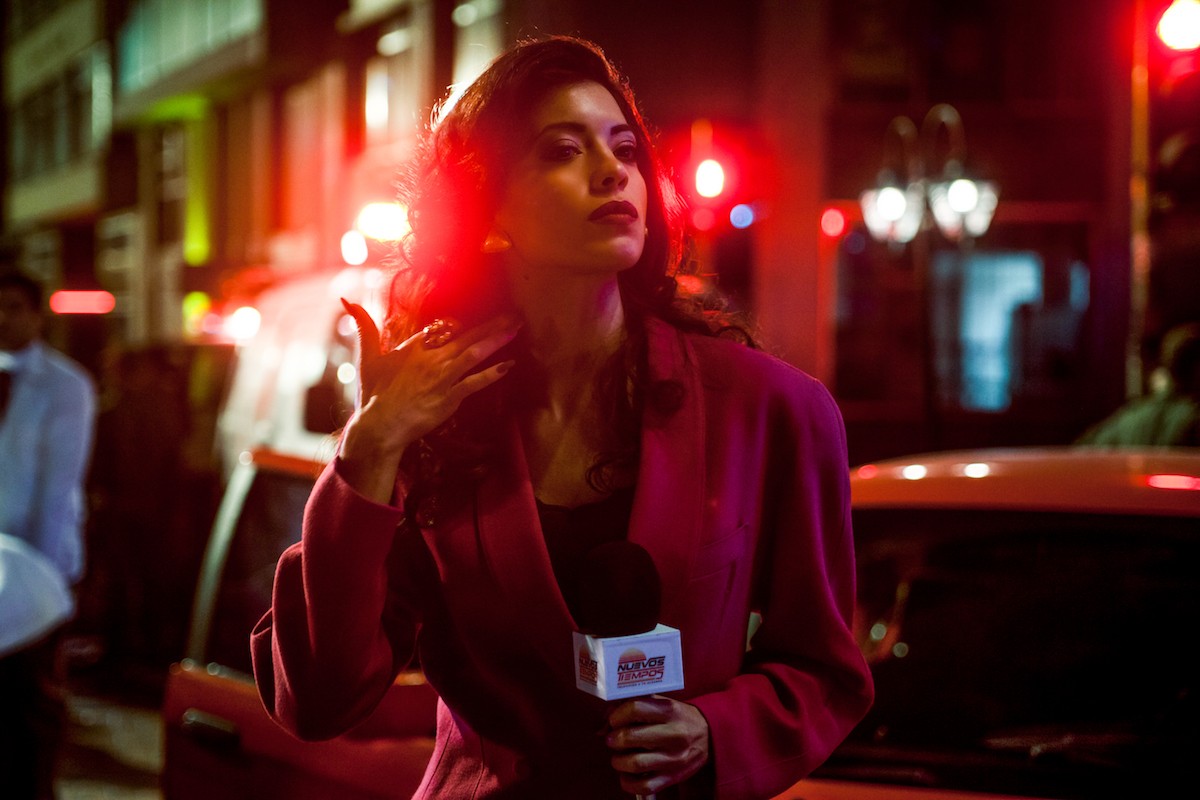 Photo by Daniel Daza / Netflix
Stephanie Sigman plays Valeria Velez, whose role was inspired by Virginia Vallejo.
On the Netflix show Narcos, Valeria Velez is a Colombian journalist who carries on a years-long affair with drug lord Pablo Escobar while he builds his empire and makes a short-lived foray into politics. Her story ends abruptly when she's killed by a vigilante group after delivering a radio to help Escobar communicate while in custody.

The character is believed to be based on the similarly named reporter Virginia Vallejo. But unlike her onscreen equivalent, Vallejo is very much alive — and played a pivotal role in the prosecution of Colombian leaders who aided the Medellín and Cali cartels.

Now, the real-life inspiration for Velez is suing Netflix and its production partners. She claimes the series ripped off her best-selling memoir about the notorious drug kingpin and her relationship with him. The showrunners, she says, went as far as giving an episode the same title as a chapter in her 2007 book, Loving Pablo, Hating Escobar, which was recently adapted into a movie starring Penélope Cruz.

"You would think that if you really wanted to tell the true story and broadcast it as based upon true events, you would suggest that they consult with the people available," Vallejo's attorney, Robert Thornburg, tells New Times. "She was available, but they didn't. What they did was take her book and take a free pass. And they think they can keep the free pass." 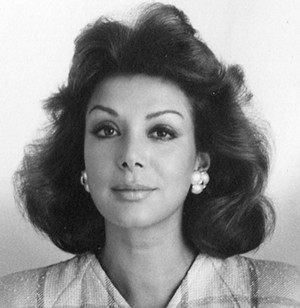 Netflix did not immediately respond to New Times' request for comment. The company and codefendants Narcos Productions LLC, Gaumont Television USA, and Dynamo Producciones S.A. have yet to respond formally to the complaint, which was filed Friday in Miami federal court.

Thornburg says Vallejo, who lives in South Florida after being granted political asylum due to threats on her life, was never made aware of the series and learned of it only after the premiere, when acquaintances and reporters began asking about it. Yet Narcos employs plot lines and details that the lawsuit claims became public only through the release of her memoir, which offered one of the only firsthand accounts of Escobar and his crimes.

"This is not the situation that you often hear in the press of somebody coming out of the woodwork saying that they wrote Harry Potter and that J.K. Rowling stole it from them even though the guy's in a shed somewhere in rural wherever," Thornburg says.

In one example, the show depicts Velez and Escobar having what the complaint calls "an intimate encounter" involving a revolver. The details of that private, real-life event became public only after Vallejo recounted it in her book, the lawsuit says.

In another instance, an episode is called "The Palace in Flames" — allegedly a ripoff of the chapter title "That Palace in Flames." Both the episode and the chapter describe the deadly raid on Colombia's Palace of Justice, but Vallejo says there was no proof of Escobar's tie to the incident until her book described a meeting between him and the head of the guerrilla group M-19. The revelation, in fact, resulted in the case being reopened and Vallejo called to testify. The show includes a scene of the meeting.

"Without question," the complaint says, "Defendants intended not only to misappropriate the most valuable and gripping portions of Vallejo's memoir as the gravamen of Narcos, but went even further by adopting a character whose name and characteristics all clearly associate with Vallejo's notoriety, goodwill, and publicity rights — all in a deliberate and unbridled effort to increase the economic value of the show."

Thornburg says Vallejo is unhappy with the show's portrayal of her, which suggests she helped advance the cartel and omits her role in holding accountable the powerful people who benefited from the cartel.

At the same time, the attorney argues, the show has been successful in part because of what it borrows from Vallejo's memoir. Narcos not only shows Escobar as a villain but also tries to show him through a different lens by getting inside his head.

"Those lenses," he says, "are provided by Ms. Vallejo."