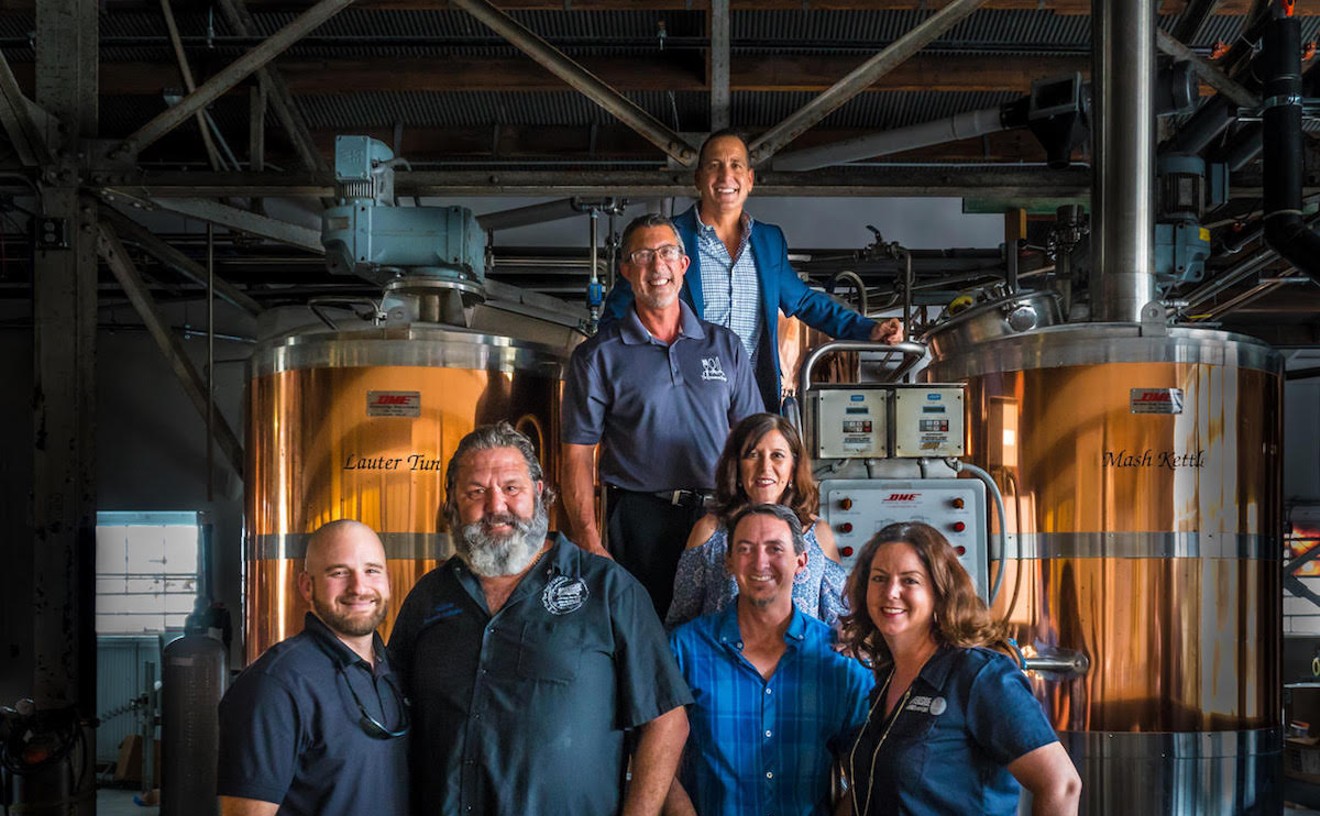 "We've been working towards this project for many years, and the final pieces of the puzzle finally fell into place once we partnered with the Restaurant People," Lisa Seigel says. "They bring an element of hospitality pedigree that we needed to create something of this scale."

The idea to launch a brewery began in 2013 when the Siegels partnered with Native Brewing founder Adam Fine, now Tarpon River's head brewer, to manage Craft Beer Cartel. In addition to being a craft beer market and homebrewing center, Cartel at the time was also a nanobrewery faciltiy for test recipes that would later be used for the brewery. When the trio went to TRP's Tim Petrillo for advice in 2017, they gained a partner.

The team originally planned to name their project New River as an ode to the city's New River, a main artery that travels through Fort Lauderdale, Lisa says. It's also a name Fine used in 1999. A previously trademarked New River Pale Ale prompted the change — a marriage between Petrillo's Tarpon Bend and the Siegels' Riverside Market.

Tarpon River's 11,000-square-foot warehouse was constructed as the Snyder Stables in the early 1920s, a historical space that once housed the horses used to help pave the roads that helped urbanize Fort Lauderdale. As a result, the brewery taproom will have a distinct Old-Florida design that includes a 1,000-square-foot house built with reclaimed and restored barn wood. An in-house restaurant will have a Riverside Market-inspiried menu created by executive chef Leo Hernandez, who began cooking at Riverside Market’s first location in Riverside Park. The menu will be filled with beer-inspired favorites such as pretzels with beer cheese and a pressed sausage sandwich, as well as lighter fare like salads.

Courtesy of Tarpon River Brewing
The barrel-lined tasting room will be used for private events and team brewing classes and include a gift shop and a crowler-filling station. Tarpon River's flagship beer will be distributed locally, including at TRP’s next venture, Township Fort Lauderdale, set to open in May.

"This brewery gives us the freedom to explore everything from barrel-aged ales to crisp, clean lagers and mixed-fermentation sour beers," says Fine, who will also be working on a sour beer program that he hopes will begin producing specialty releases in six months to a year.

Though he still stands by Native Beer, Fine — who has created brews for years under the restrictions of contract brewing — says he's excited to have what he says is complete freedom. "I'm looking forward to really having fun again," he says, "without having to deal with an underdeveloped market or the restrictions that come along with being under contract."