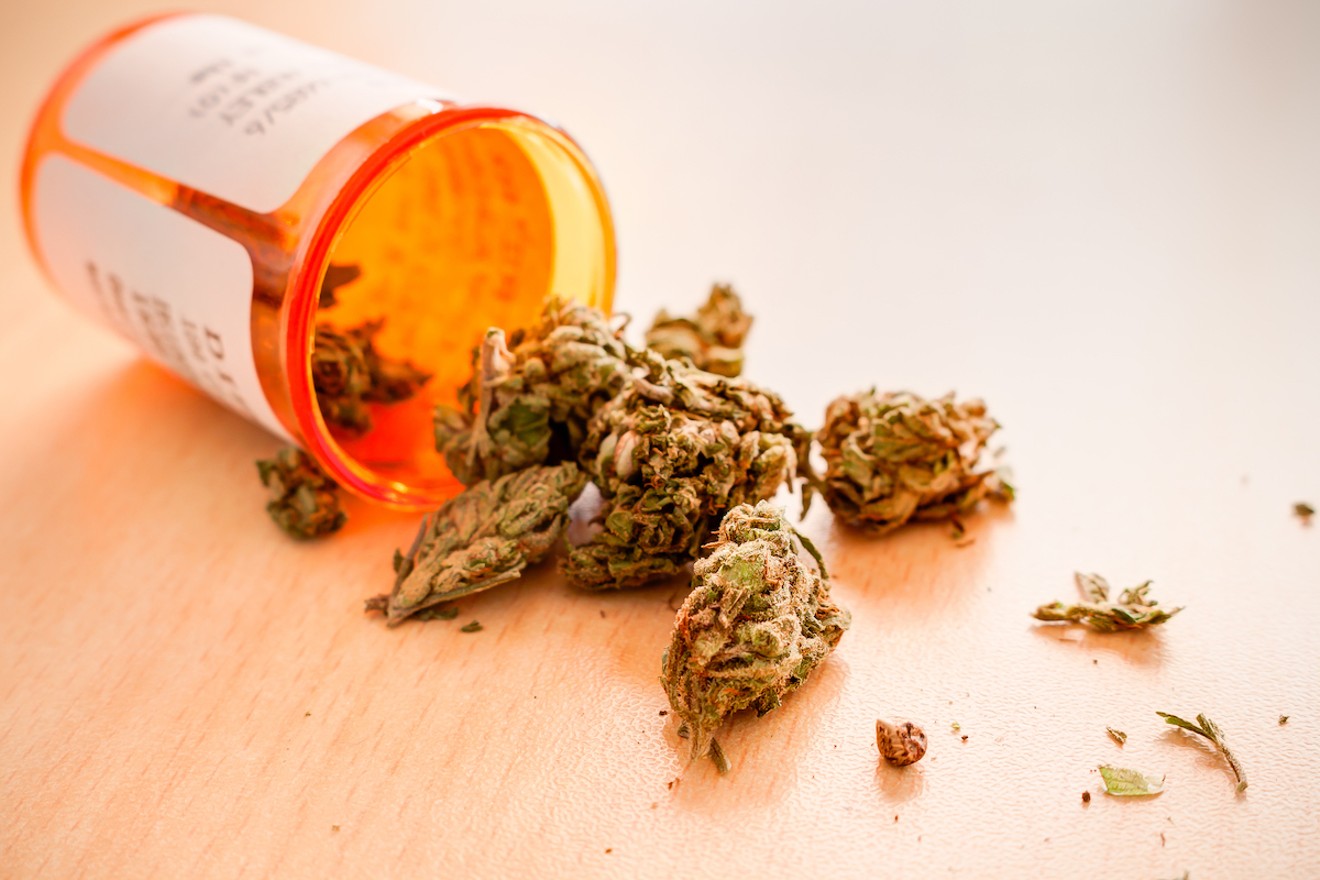 Medical marijuana is booming in the Sunshine State. Photo by scott_craig / iStock.com
Despite ongoing efforts by the Florida Legislature to thwart the will of the people, Florida likely has the fastest- growing medical marijuana program in the nation.

New York, by comparison, implemented its medical marijuana program 18 months before the Sunshine State and has fewer than half the patients – even though the number of prescribing doctors is similar.

Arizona, which is probably second to Florida (no one group keeps comparable numbers), had almost triple the number of medical pot users at the beginning of 2018. By the end of March, the last numbers available, Florida had 8,000 more.

David Kotler, a South Florida attorney who founded the Medical Marijuana Business Lawyers, LLC, says doctors here have been more eager to participate in the program than those in the Northeast states. He mentions Maryland in particular.

“Physicians in Florida were willing to see patients for eligible conditions,” he says. “In other states, it was slower to roll out.”

Another reason for the Florida market's rapid growth is a large senior population that is revolting against Big Pharma despite having to pay hundreds of dollars more for cannabis because it is generally not covered by insurance, let alone Medicare. One indication of patients' age in the state comes from Trulieve, among the state's biggest legal marijuana sellers, which says almost half — 45 percent — of its buyers are over the age of 50.

Robert Platshorn, age 76, has played a huge role in educating seniors about the benefits of marijuana on his Silver Tour, during which he has traveled the state and country by bus since 2011. “So many seniors have been able to use cannabis to get off opiates. The doctors in this state were handing [opiates] out like candy for so many years,” he says.

In one of the greatest “Florida man” stories ever told, Platshorn became a cannabis activist after spending 30 years in prison for smuggling marijuana into Florida from Colombia during the 1970s, when mainstream America still viewed weed as the devil’s lettuce.

The state’s cannabis industry employs more than 10,000 people, which is expected to increase by 50 percent next year when analysts believe $1 billion in cannabis will be sold. Two of the state’s top cannabis companies are already expanding into California.

Many seniors were drawn to weed after they were forced off pharmaceuticals by a state law that went into effect last July that issued stronger guidelines for doctors prescribing opioids and other controlled substances.

“Since the new opioids laws were passed in July, a lot of these patients who have been on opioids for a long time are now restricted [from] getting them,” says Dr. Derek Murphy, who has been issuing recommendations for marijuana in Florida since September. “Primary care doctors are now afraid to write them prescriptions.”

Florida does not list opioid addiction as one of the debilitating conditions that qualify for a marijuana recommendation, but studies have shown that opioid deaths decline in states where medical marijuana is legalized.

And though no connection was made to the flourishing cannabis industry in Florida, Palm Beach County earlier this year reported a 41 percent decline in opioid deaths in 2018 compared to the previous year. Also in 2018, more than 100,000 patients were added to the medical marijuana registry, according to the state Office for Medical Marijuana Use, which posts weekly updates.

But Florida Republicans last month rejected an amendment that would have allowed doctors to recommend cannabis to treat opioid addiction.

Yet another reason why Florida has a fast-growing cannabis industry is the state’s long, rich history with marijuana. In the 1970s, bales of marijuana sometimes fell from the sky, and even these days, bales sometimes wash ashore.

“This was ground zero; this is where the marijuana industry came in,” says Ken Behr, age 61, who moved to South Florida in 1973 from New Orleans and began smuggling weed from Colombia. “We’re a sophisticated market, so you have a customer who is educated to the product.”
KEEP MIAMI NEW TIMES FREE... Since we started Miami New Times, it has been defined as the free, independent voice of Miami, and we'd like to keep it that way. With local media under siege, it's more important than ever for us to rally support behind funding our local journalism. You can help by participating in our "I Support" program, allowing us to keep offering readers access to our incisive coverage of local news, food and culture with no paywalls.
Make a one-time donation today for as little as $1.