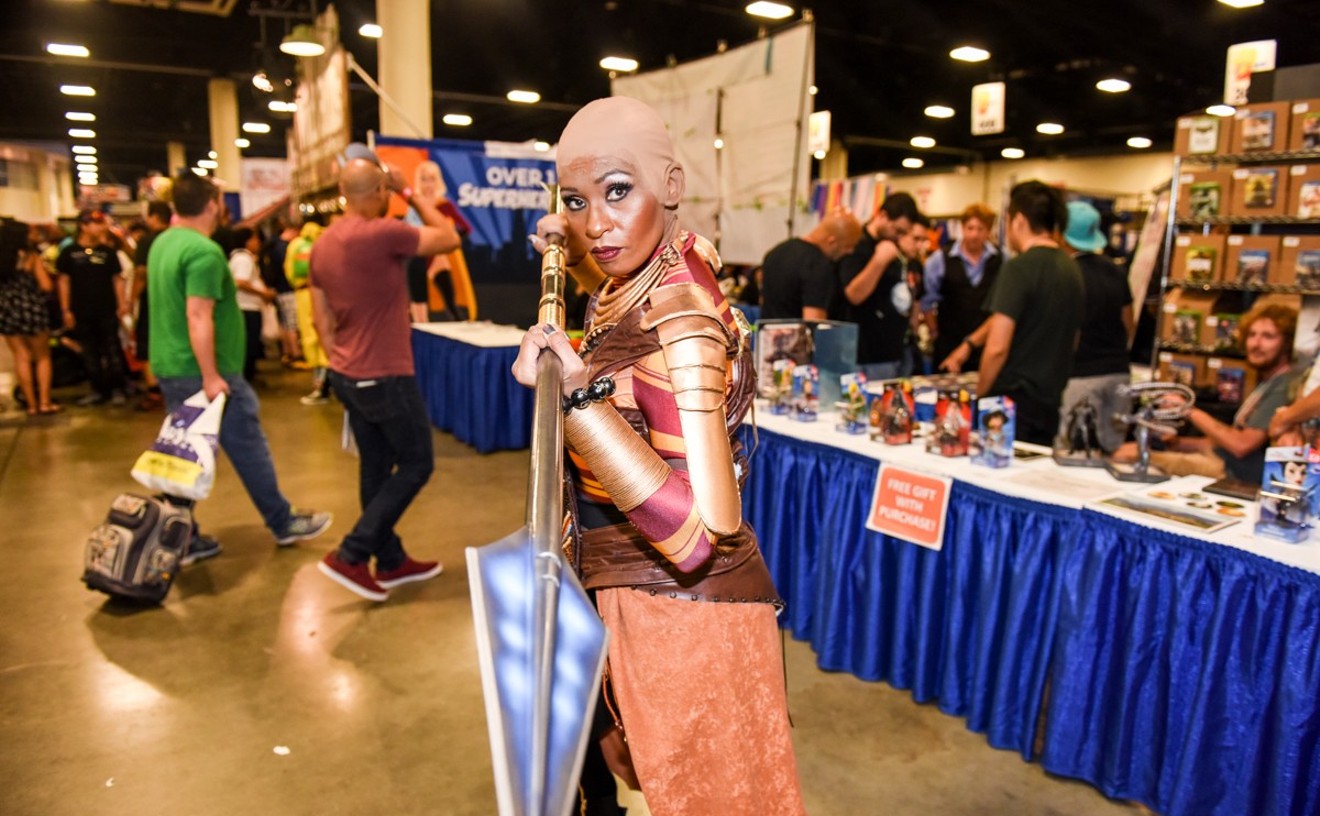 South Florida's largest gathering of geeks is coming home to Miami. Florida Supercon, the largest convention of comics, cosplay, anime, and beyond in the state, is set to return to the Miami Beach Convention Center after a two-year stint in Fort Lauderdale. That's good news for Miami fans of anything from Marvel movies to manga. Supercon draws big names and crowds to match. This summer, fans can look forward to mingling with George Takei, who these days is almost as famous for his social media prowess as he is for Star Trek. At least four representatives of the Star Wars universe will also be in attendance, including actors Jason Isaacs and Terence McGovern. Performance troupe Fantasy Super Cosplay Wrestling will stage battles between popular characters, including Deadpool and Skeletor, inside a wrestling ring all weekend. And if this year is anything like years past, know this: Cosplay is coming — so much cosplay, much of it executed at a near-professional level. So raise a sword, lightsaber, or dragonglass dagger and celebrate the return of the king of cons. 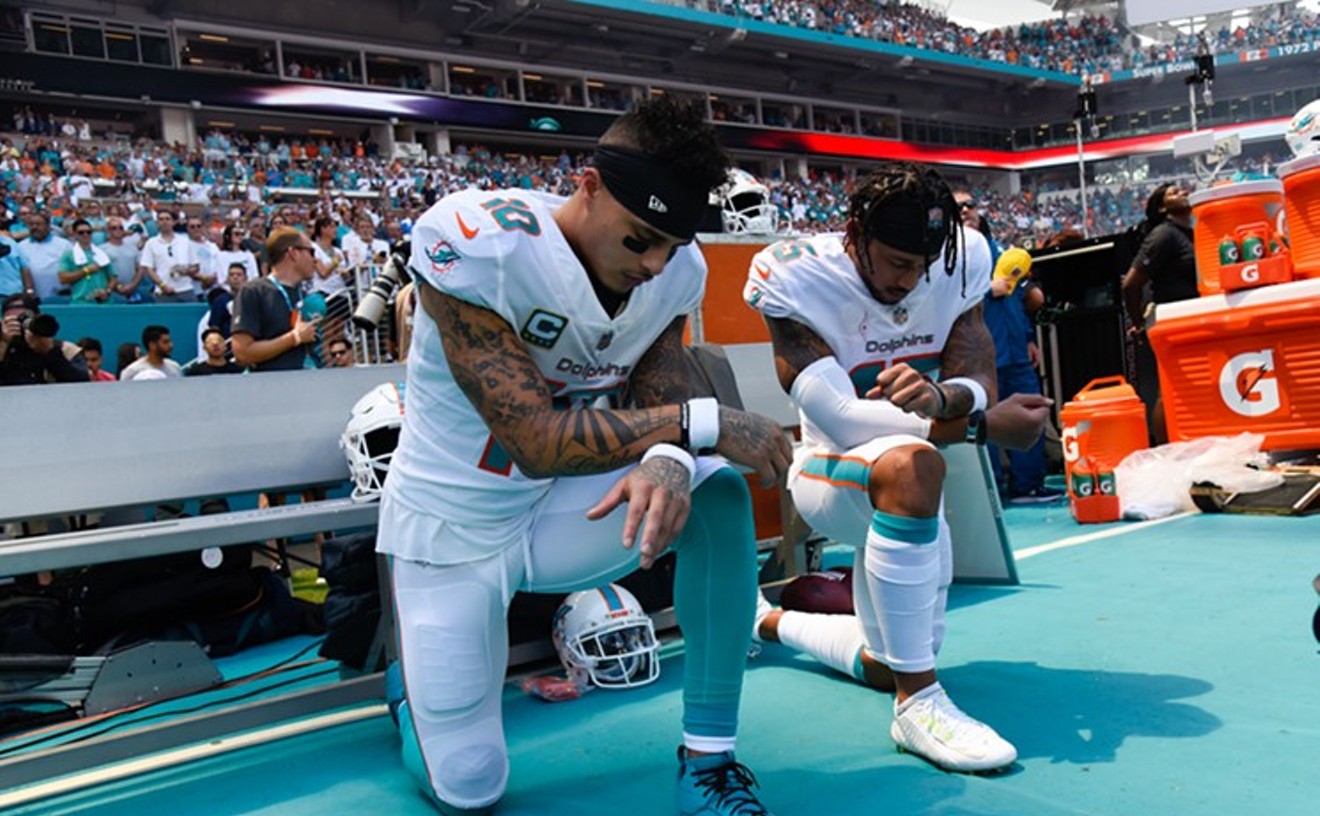 The last Dolphins season ended in a losing record, but there was one moment that reminded us why we love sports: the "Miami Miracle." The last-second hook-and-ladder, come-from-behind victory began with a catch from wide receiver Kenny Stills, who caught the 17-yard pass and had the wherewithal to lateral it to another wide receiver before he got tackled. Stills was lying on the ground when another lateral, to running back Kenyon Drake, prompted the team, the stadium, and all of Miami to erupt in jubilation. The play was even more impressive after Stills scored a touchdown to go with eight catches for 135 yards in that game, and the Dolphins shocked their Super Bowl-winning opponents, the New England Patriots. Stills also led the Dolphins in receiving touchdowns in 2018 and was second in receiving yards. Stills is also admirable off the field. He's made his political stances known by taking a knee during the National Anthem to protest police violence and by supporting organizations such as Empowered Youth, Big Brothers Big Sisters of America, Dream Defenders, and Justice League NYC. 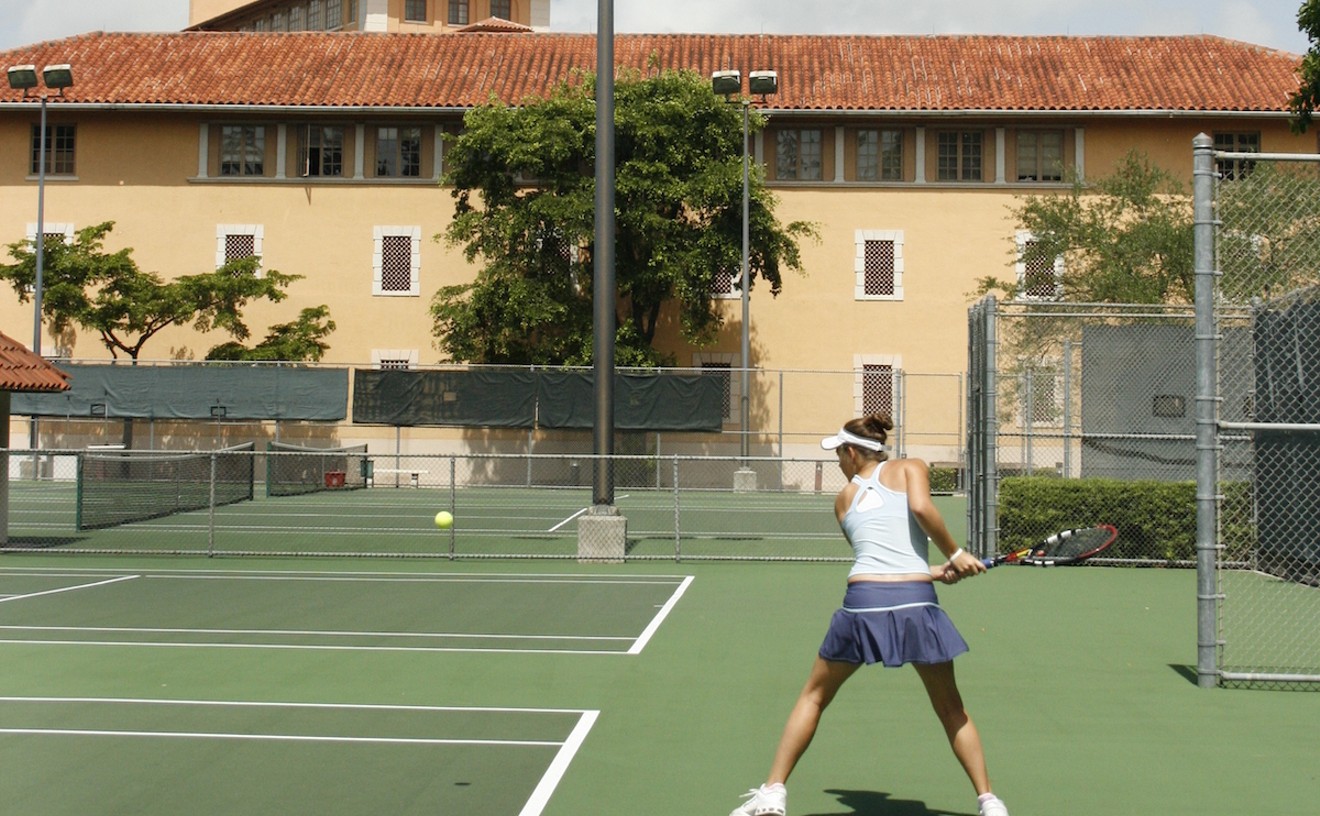 It can be hard to keep your eyes on the ball at the Biltmore Tennis Center. The ten public courts, run by the City of Coral Gables, are situated within spying distance of the historic Biltmore Hotel and the manicured lawns of its golf course. Amid the glamorous 1920s architecture, guests can feel a bit like the Great Gatsby and Daisy as they trade serves and groundstrokes. The site's hard courts are well maintained, with shaded spots for changeovers and lights for when the sun starts to set. Courts are available from 7 a.m. to 9 p.m. weekdays and 7 a.m. to 1 p.m. on weekends. Hourly rates range from $4.60 to $8 per person for Miami-Dade residents and $8 to $11 per person for nonresidents. 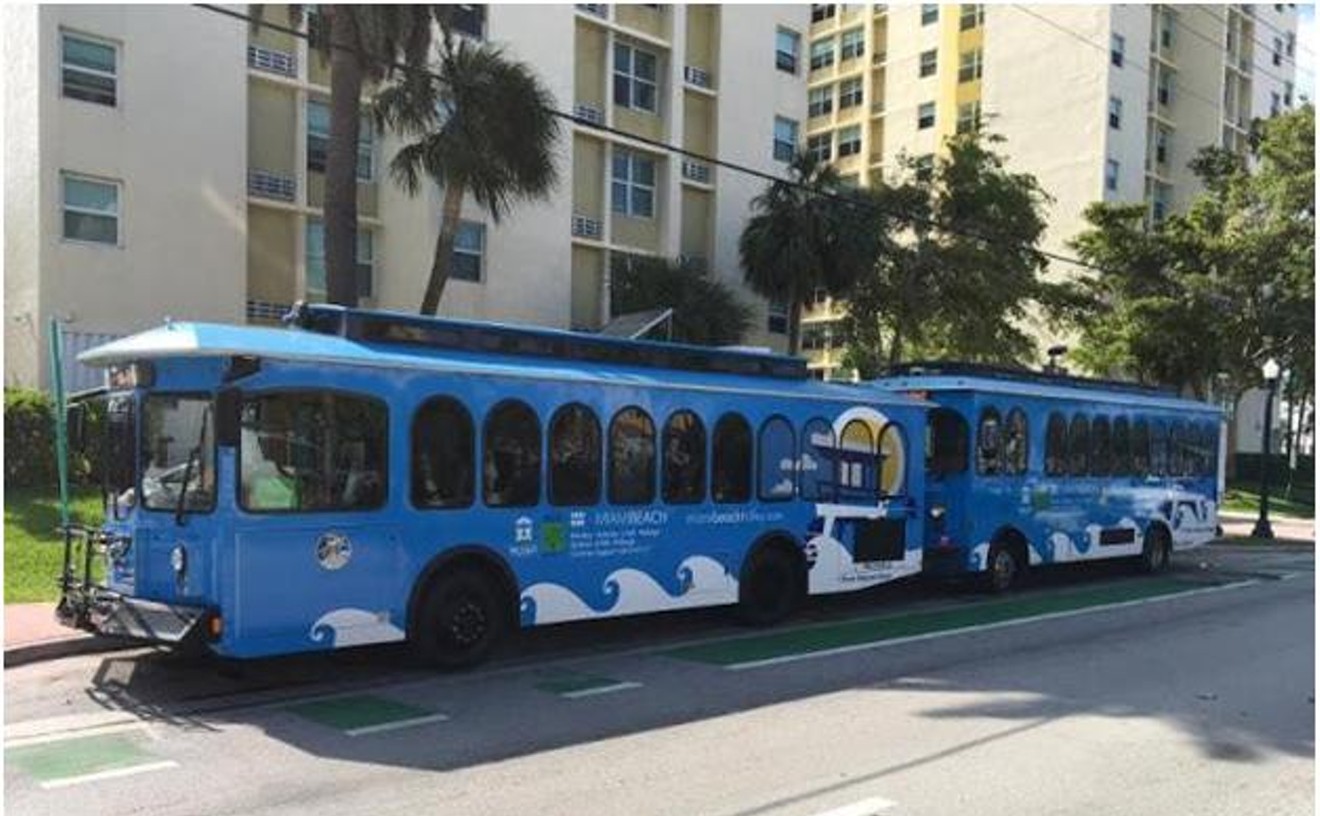 Getting around Miami Beach can be a drag. Parking is expensive (if you can even find it), and rideshare services can put a sizable dent in your wallet. But the city offers a worthy alternative. The Miami Beach Trolley allows passengers to ride across the entire city for free. Running from Monday through Saturday from 6 a.m. to midnight and Sunday from 8 a.m. to midnight, the retro-looking blue trolleys travel four routes that can connect passengers from South Pointe Park all the way to the North Beach Bandshell without spending a dime. Depending upon the route, trolley frequency can range from about every 15 to 40 minutes. If you're heading to a business meeting or a hot date, you'll want to download the TSO Miami Beach Trolley app or follow Miami Beach's Live Trolley Tracking website to see how close (or far) your ride might be. But the best use of the city's trolley system is to sit in the air-conditioned vehicle on a lazy day as you take in the art deco scenery. 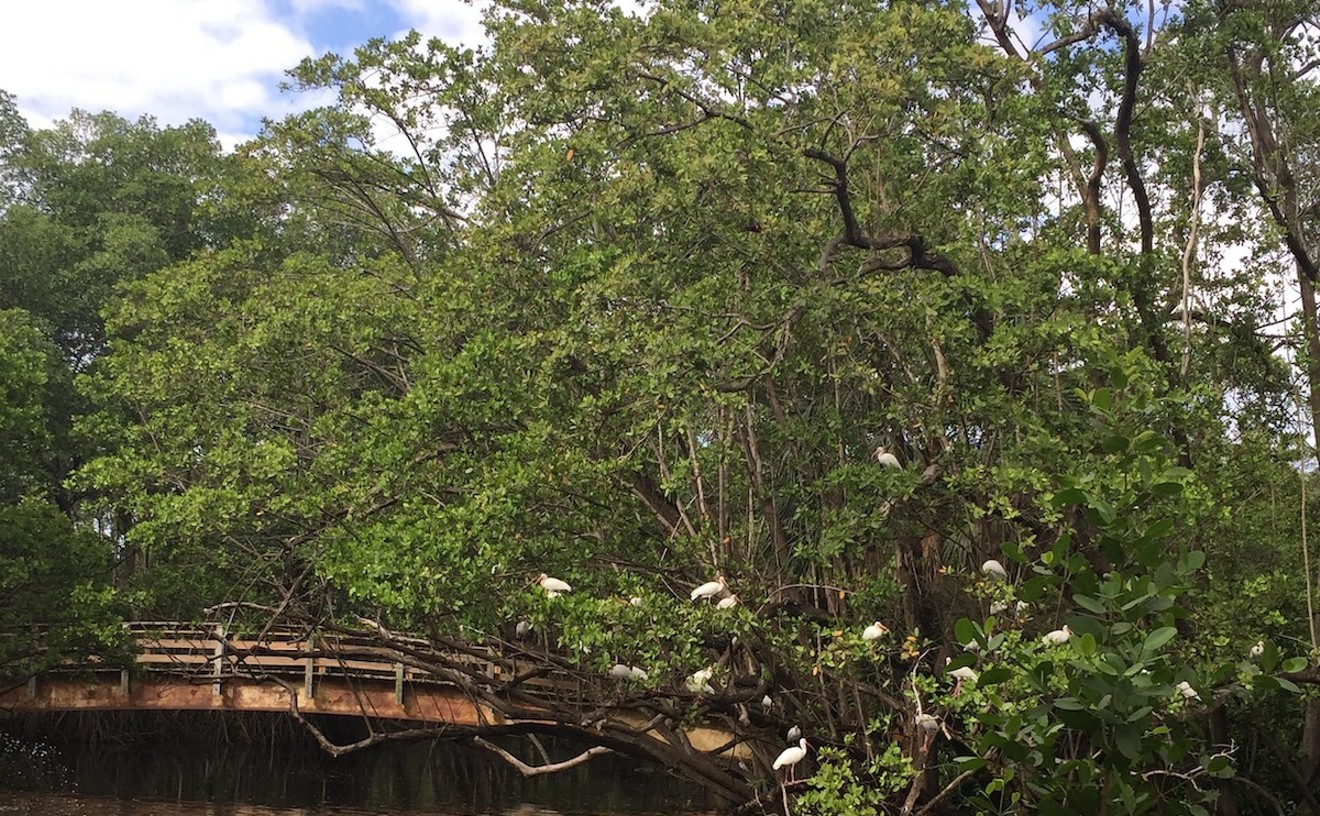 Not far from the urban sprawl of Biscayne Boulevard, North Miami offers a 22-acre jewel of a park called the Enchanted Forest. Unlike the annual attraction at Tropical Park you might be thinking of, this park isn't just around for the holidays. Open 365 days a year, Enchanted Forest Elaine Gordon Park is an urban escape with picnic areas, paved trails, and the calmly flowing Arch Creek. The park's private M&M Equestrian Farm offers pony and horse rides from 10 a.m. to 3 p.m. on the weekends ($5 to $10), horseback riding lessons throughout the week by appointment ($65 to $95), and access to a small petting zoo. The park opens one hour after sunrise and closes at sunset. 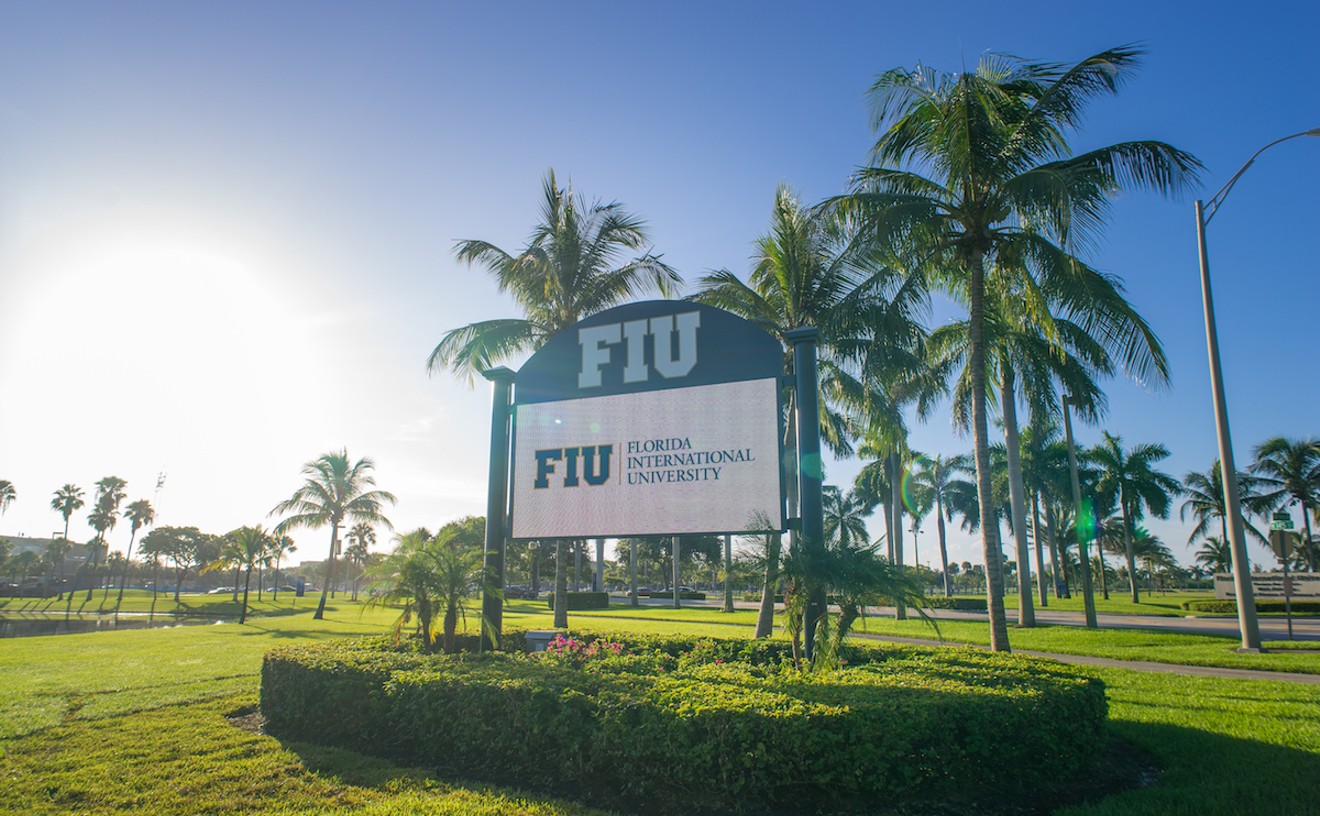 From an Olympic-sized pool to kayaking tours and the occasional open-water event on Biscayne Bay, Florida International University's waterfront campus offers several outdoor attractions to its sun-kissed student body. But it's the nature trail that best shows off the university's tropical setting. Beginning at the Glenn Hubert Library, wrapping around the campus, and running partly alongside Biscayne Bay, this three-mile trek is a master class in plant and wildlife native to Florida. Not only are birds such as the belted kingfisher and roseate spoonbill often visible from the trail, but also the damp surroundings attract Instagram-worthy butterfly species such as monarchs and sulphurs. Check out the mangroves, which not only serve as a barrier from the whipping sea breeze but also make for a prime nesting place for some of these incredible creatures. You won't need to worry about cutting class to take a stroll down the trail: It's open to the non-Panther public. 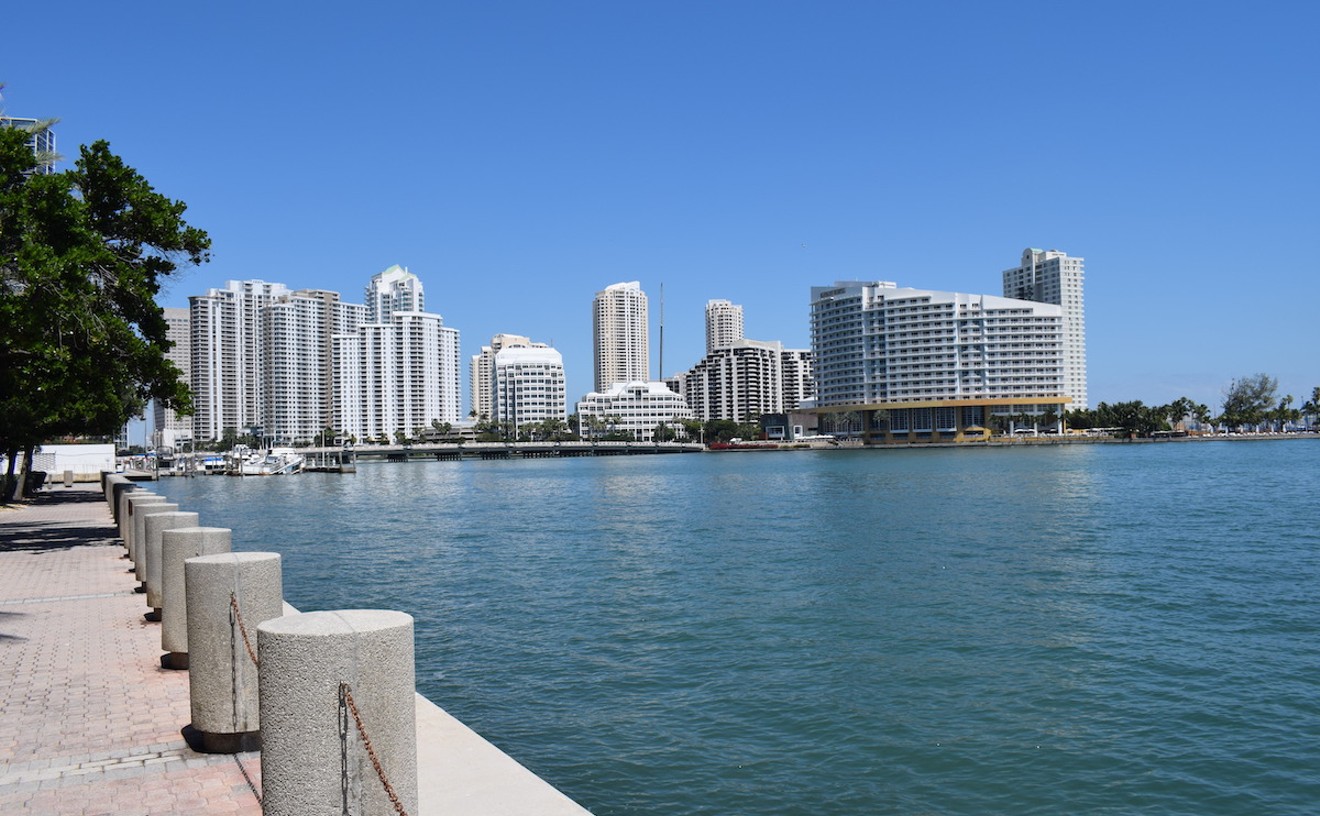 You don't need to be a part of the Brickell elite to relax on the coastal terrace that overlooks Biscayne Bay. Head east on SW 13th Street in Brickell until you reach the water. If the Mark on Brickell condos tower overhead, you're in the right place. At this Intracoastal hideaway, the view from any angle could be an establishing shot from a classic movie or TV show set in the Magic City — from the Rickenbacker Causeway as it has appeared in countless Miami Vice rip-offs, to the industrial shipping containers you might remember from watching Dexter. Save for hopping onto a luxury yacht and cruising on the bay, this location is the ideal vantage point for a quick photo shoot in the 305. And if you're lucky, you might catch a glimpse of dolphins wandering through the Intracoastal Waterway. 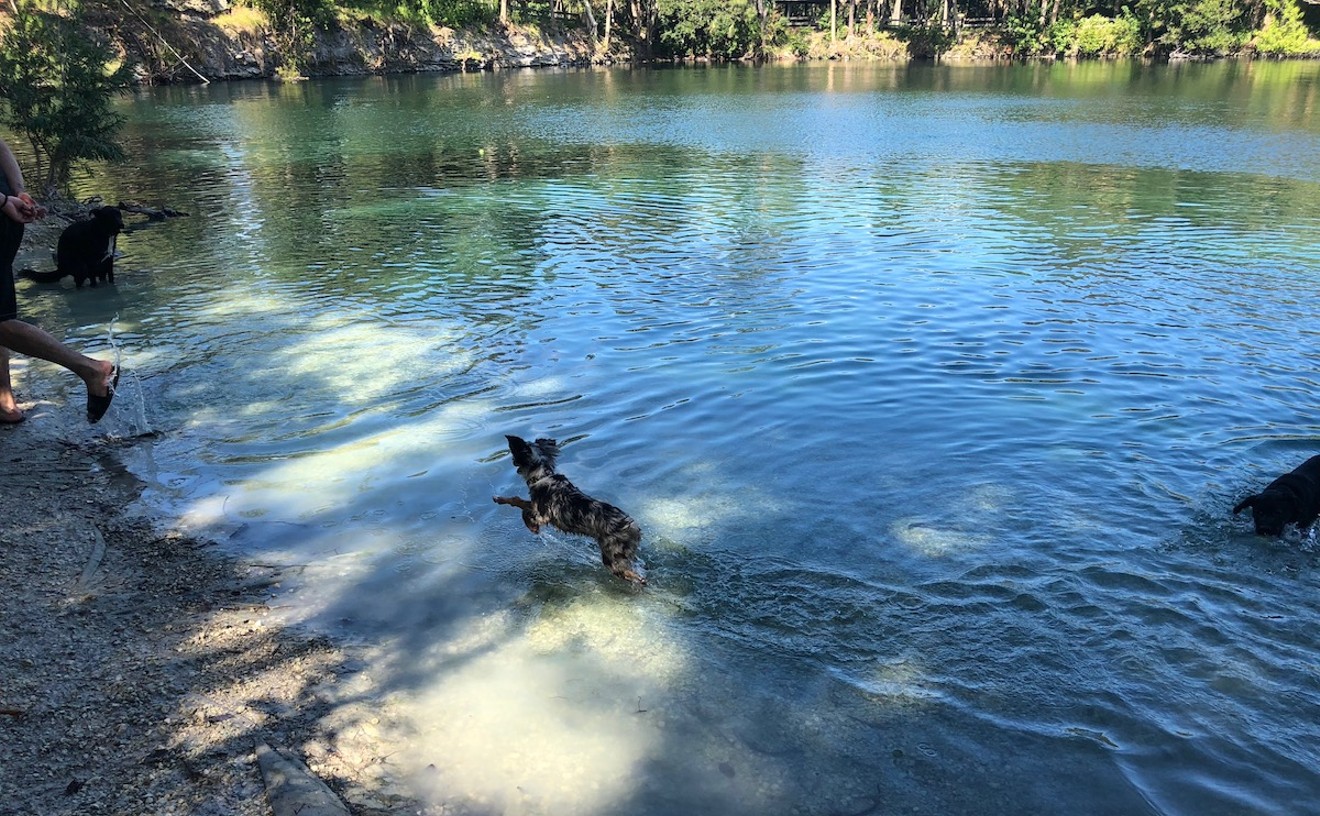 The only thing cuter than a dog is a swimming dog. And you'll find lots of them at Snyder Park, one of the few local dog parks with a swimming hole just for pups. When Spot is panting on a muggy Miami day, it's worth the drive to Fort Lauderdale (and the $1 hourly parking fee) to see him splash with all the other good boys and girls. Plus, this place is weirdly beautiful, with tons of towering trees and water the color of a natural spring. There's plenty of shade where you can kick back and relax while your pooch romps around with all of his new friends — although you might be tempted to jump in yourself. Just remember: The swimming hole is closed the first Tuesday and Wednesday of each month, as well as 8 to 11 a.m. every Wednesday.

The winner of this category is usually a chic place on the beach where margaritas go for $20. Not this year. If you're a real swimmer, try this centrally located spot just off I-95 where people from all walks of life gather, soak a little, and chat. It's cheap: Entry costs just $3 unless you are 17 or younger, in which case it's free. The pool is great for lap swimming, particularly on weekdays, when it opens at 8 a.m. and closes at 8:50 p.m. The staff suggests guests come early or late because the middle of the day is busier. Saturday and Sunday, the hours are shorter — 10 a.m. to 4:45 p.m. — and the place is packed during open swim, when children are allowed in the pool.

Davie Golf Club, just off I-595, is about a half-hour drive from downtown Miami. It's a long course — 6,347 yards — with water at every hole. The fairways are well groomed, and the greens are fast. There's also an aqua driving range, and two Class A PGA pros are available to correct that lousy swing of yours. The course is comparatively cheap during the summer, when it costs $35 for residents and $40 for nonresidents during weekend mornings. Best of all, it's close to the Miami Dolphins training facility, so while you are swinging away in the rough, you just might get to see some real athletes. Hurry up, though — the Fins plan to move their practice facility to Miami Gardens soon.