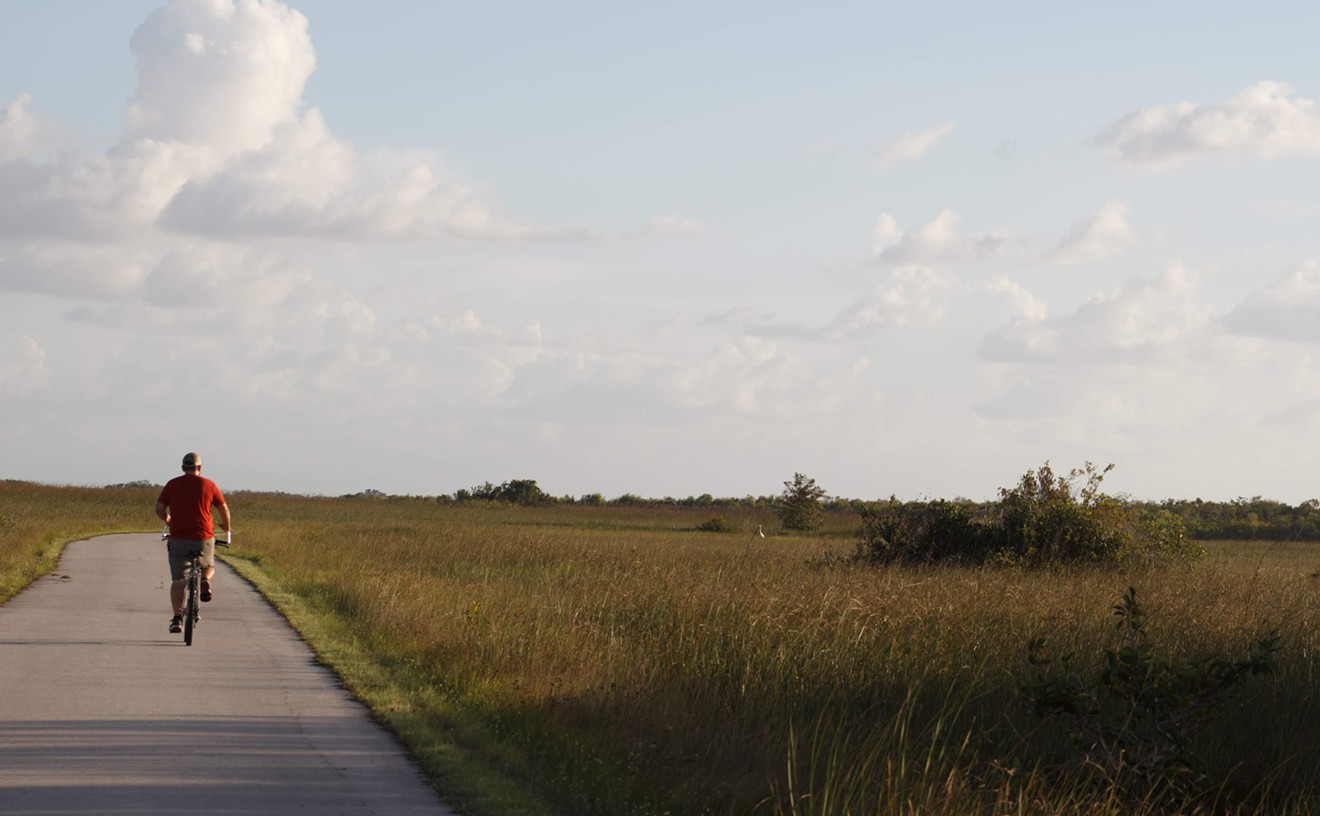 Taking your out-of-town friends and family to the beach is so basic. Instead, let them get up close and personal with the Sunshine State's other famous attraction: alligators. The toothy beast is the state's official reptile, but it might as well be its mascot. There are more than a million — so many that the state publishes a guide on how to coexist with them. And, of course, almost every Florida Man story includes a gator sidekick. You'll find few places that offer a closer look at the famed creatures than Shark Valley. Despite the name, there are no sharks here. But the area, which features a 15-mile paved loop inside Everglades National Park, teems with birds, turtles, and plenty of alligators that make it well worth the $30 admission per car. You can rent a bike for $9 an hour or bring your own; there's also a tram tour that costs $25 for adults, $19 for seniors, and $12.75 for children. Whatever your mode of transportation, you'll get a kick out of seeing your visitors' reactions — whether delight or terror — to Florida's favorite predator. Gators are sure to be lounging in the water alongside the loop. If you're lucky, they might even be on the loop. Just remember: Don't get too close. Park hours are 8:30 a.m. to 6 p.m.; the visitor center is open from 9 a.m. to 5 p.m. 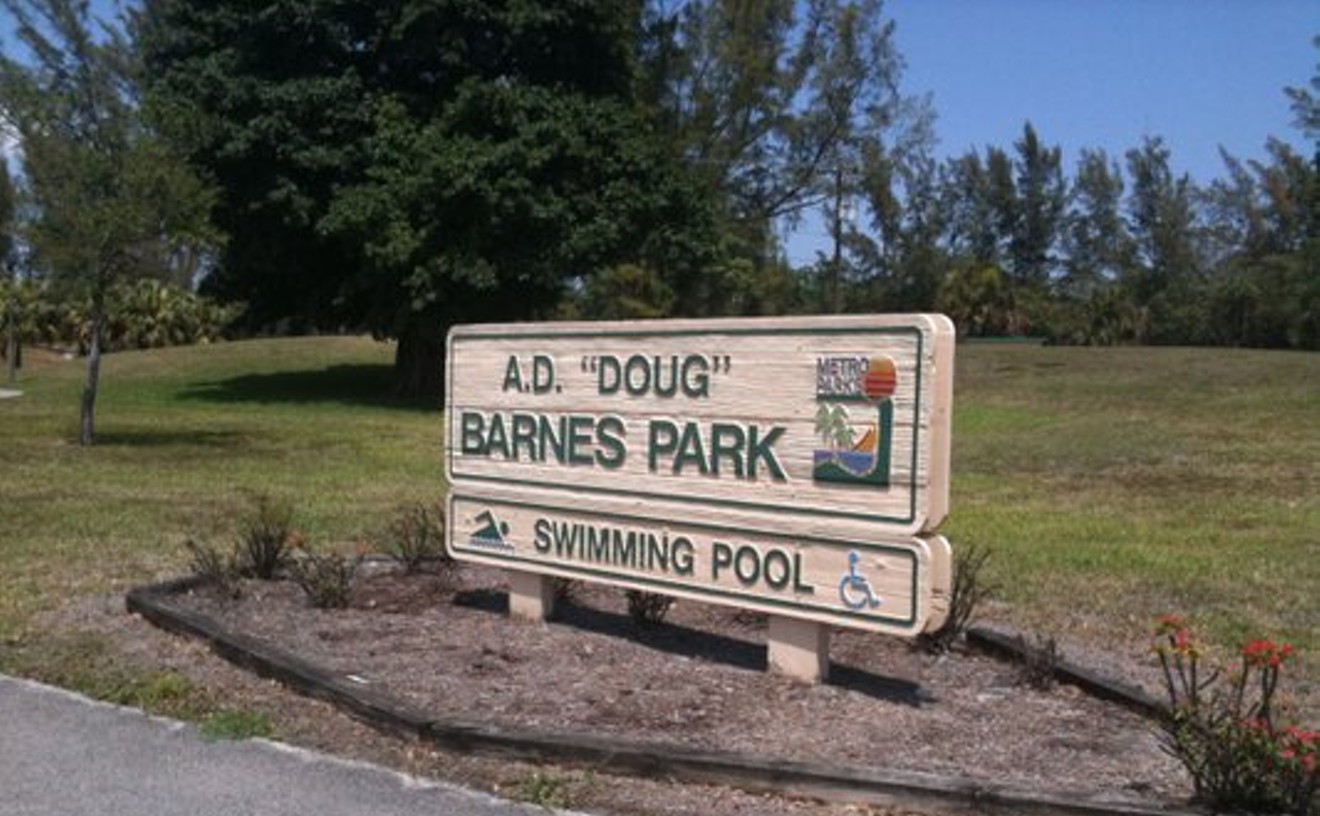 The beauty of a picnic is that you can have one almost anywhere. The beach? Sure! At the edge of a bike trail? Absolutely! But if you want to take your picnic to the next level, you'll want to set up somewhere with tables, grills, and restrooms. A.D. Barnes Park fits the bill. Since 1977, the 65-acre park has been an oasis for busy Miamians looking to reconnect with nature. Located on the corner of Bird Road and SW 72nd Avenue, the park includes a nature trail through a pine forest, a pond for fishing, a children's playground, and, of course, multiple picnic areas. Picnic tables are available for free on a first-come, first-served basis, but if you'd like to reserve a pavilion for your group, you can do that too. All-day rates for picnic shelters range from $100 for a 50-person pavilion to $225 for the largest, which can accommodate up to 200 people. The only thing left to decide is what you'll pack in your picnic basket. 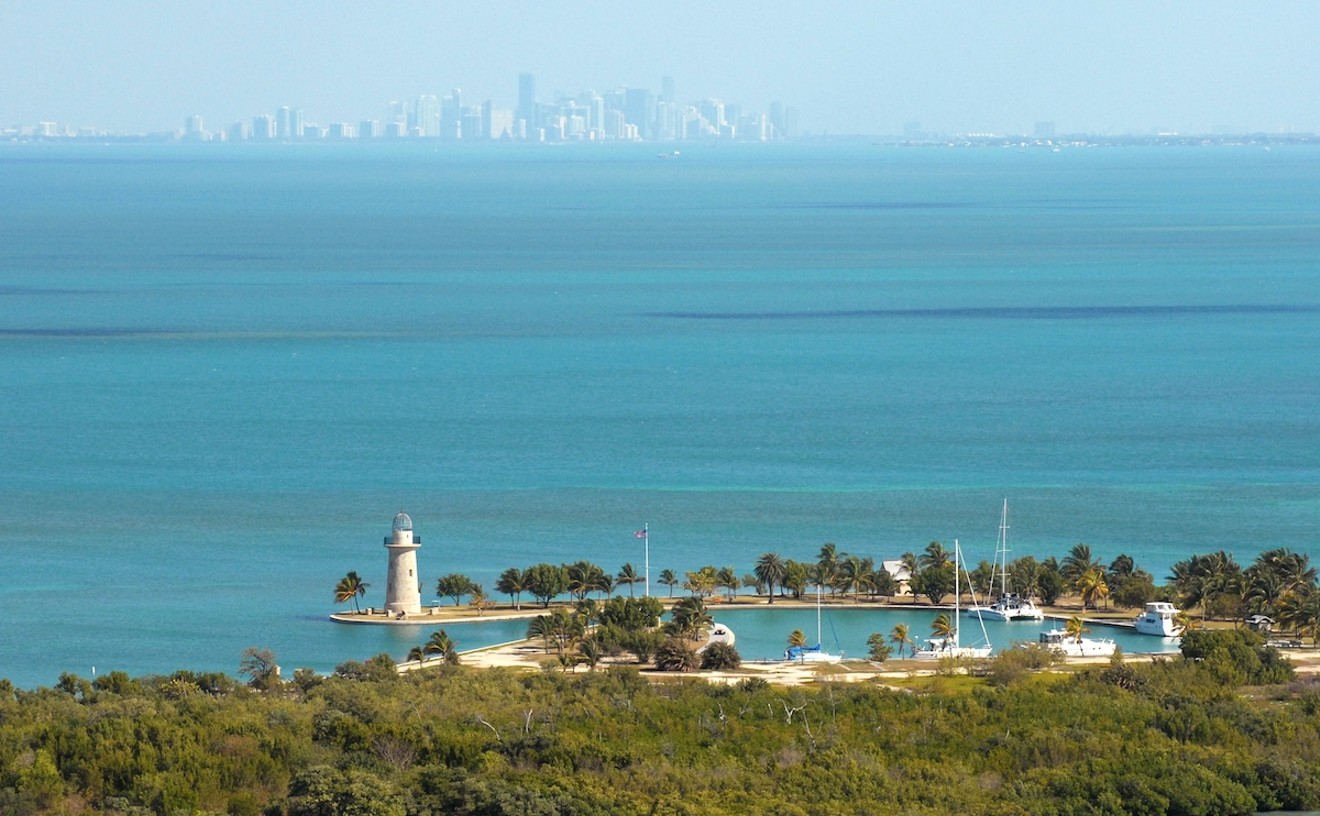 Ever wanted to run away to your own private island? Even in overpopulated South Florida, you've got options. Not to be confused with Boca Chica Key, its Florida Keys neighbor more than 100 miles to the southwest, Boca Chita Key is an island getaway in Biscayne National Park. Guests who plan to camp overnight can access the island only via private vessel and must adhere to the rules. Pets are not allowed on Boca Chita or on the boats docking on the island because they could cause harm to the plover population there. Mosquitoes are out for blood from June through September, so the park waives its docking and camping fee ($15) those months. Toilets are available to campers, but the island has no running water. This is camping, after all. If that all sounds a little too Survivor, test the waters on Biscayne National Park Institutes's guided tour of Boca Chita. Guests depart from the Dante Fascell Visitor Center in Homestead and return three hours later. Be sure to visit the observation deck at the island's 65-foot-tall lighthouse for a breathtaking view of the national park. 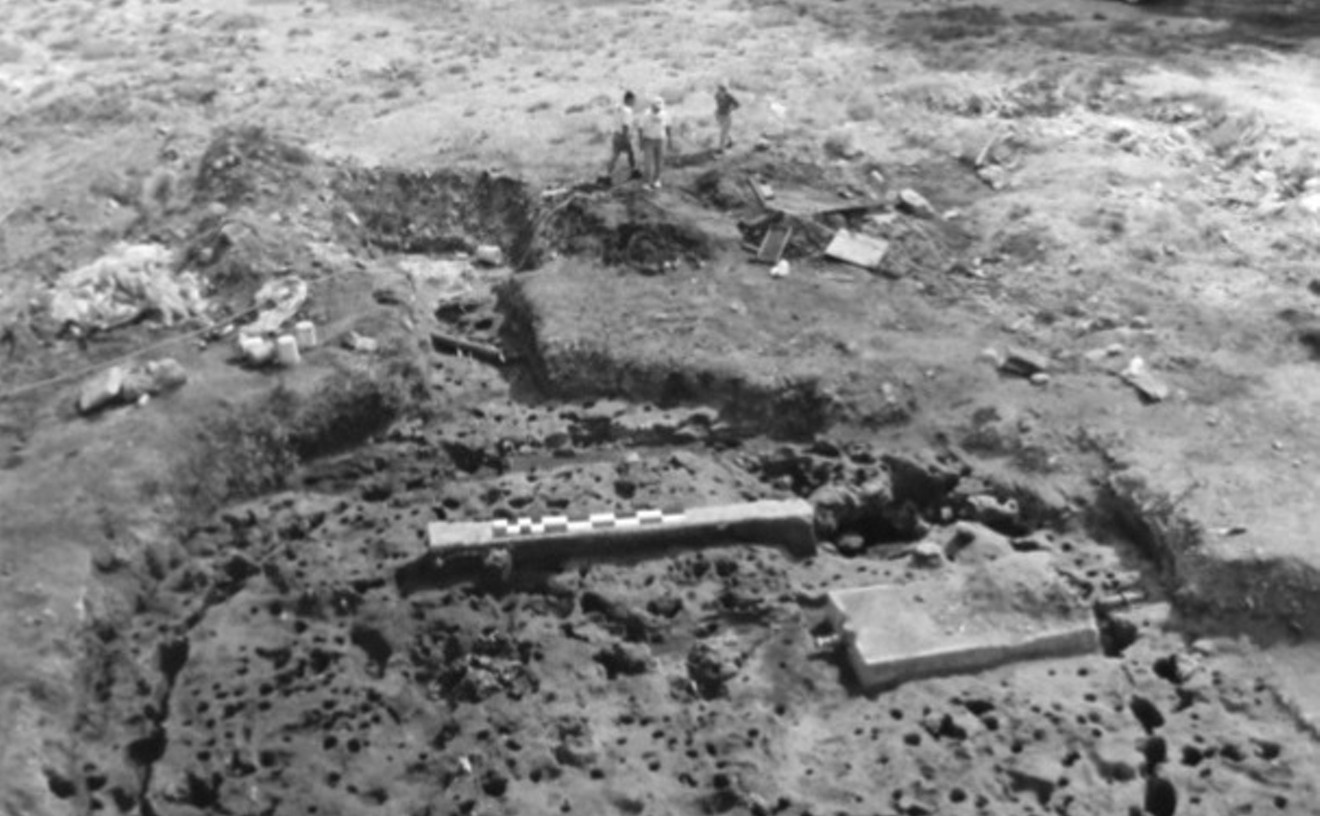 Deep in the heart of condo-laden Brickell lies a hidden monument harking back to an equally bustling civilization that occupied Miami tens of thousands of years before it became the city we know today. The Miami Circle was discovered in 1998. The sacred site was built by the Tequesta several millennia ago, though estimates of its time of origin vary greatly. The 38-foot Miami Circle was unearthed during the building process for — what else? — a luxury condo. Public outcry halted construction. After plans to relocate the site fell through, Miami-Dade County paid $26.7 million for the property in 1999. Today the Miami Circle remains buried in an effort to preserve it. But markers around the site delineate the vibrant culture that once flourished where modern Miami stands today. 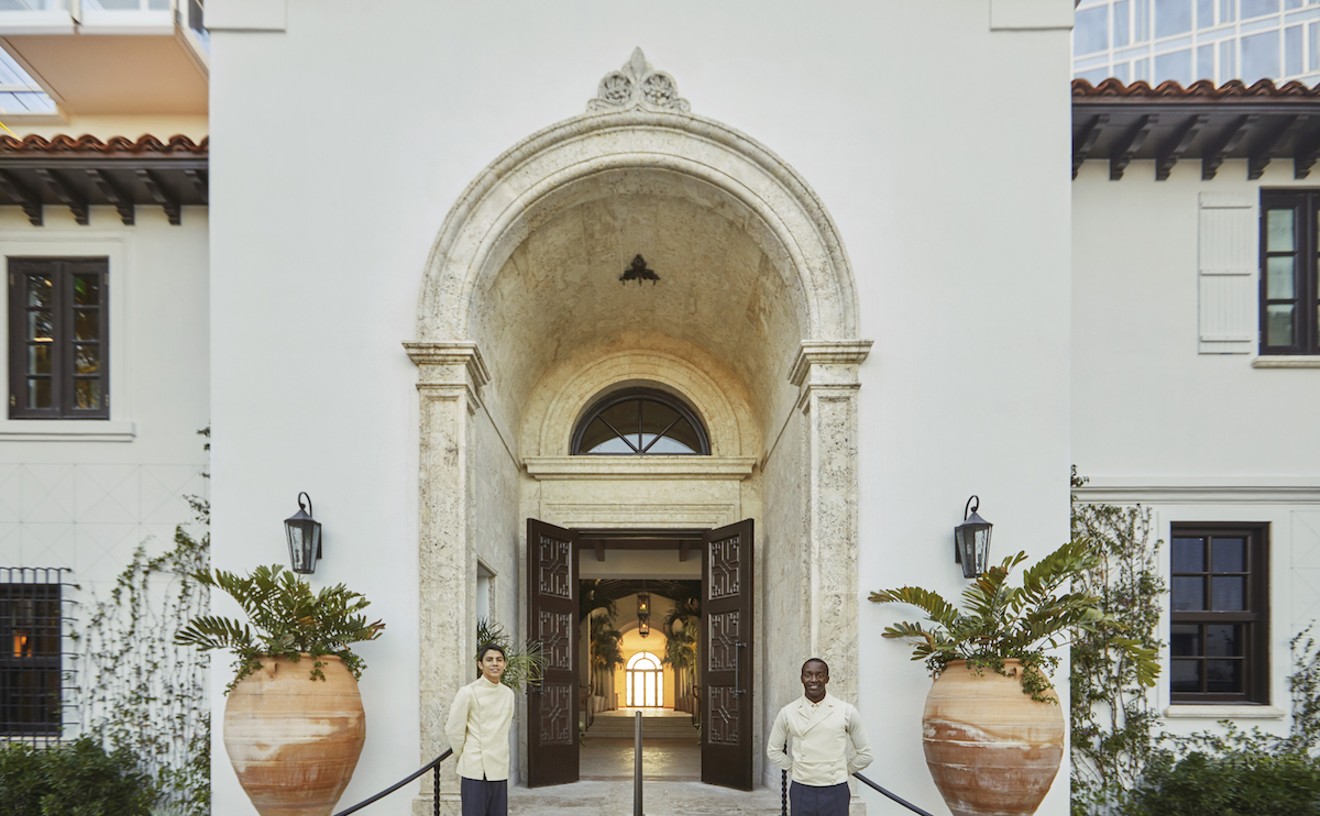 The Surf Club opened on New Year's Eve 1930 with help from business tycoon Harvey Firestone and became an oceanside retreat for the rich and famous. Tennessee Williams, Winston Churchill, Elizabeth Taylor, and Frank Sinatra all walked through its doors. But by the turn of the millennium, the club lost its cachet and fell into disrepair. That's until it underwent an extensive five-year renovation and reopened in 2017. The Surf Club still operates as a private club, with membership fees undisclosed but no doubt exorbitant. However, the best way to enjoy the remodeled property is by staying at the 77-room Four Seasons Hotel. The Studio Cabanas, which are part of the original Surf Club building designed by Russell Pancoast, are a must if you want to experience the property the way it was originally intended. These rooms come at a premium, going for more than $1,000 per night depending upon the season. You can also stay in the Surf Club Rooms, the least expensive accommodations, starting at $500 if you’re able to score a deal. Also not to be missed is the resort's restaurant, Le Sirenuse Miami. The staff is handsomely dressed and provides white-glove service that’s surprisingly rare in Miami. 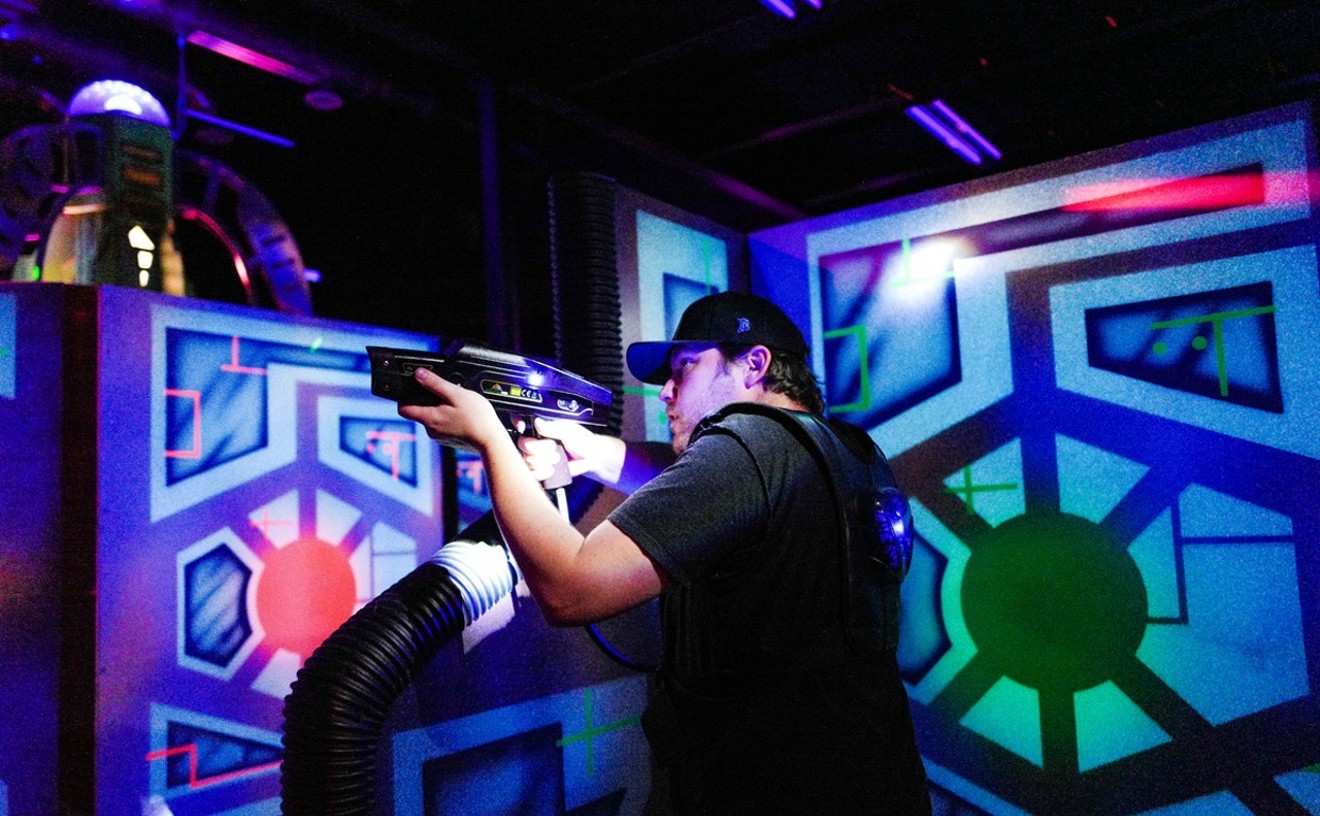 FunDimension is a 15,000-square-foot boutique family game center that includes a laser tag arena, bumper cars, a 7D theater, and two virtual-reality attractions. There are 30 arcade games and even a restaurant where you can grab great food, craft beer, and even a bottle of Veuve Clicquot for $77. FunDimension, which opened in 2017, "is smaller than Dave & Buster's and a bit more upscale," owner Joyce Alarcon-Frohman says. It hosted the cast of the movie Tag and was chosen as the location for the filming of "Zero," Imagine Dragons' music video for their song that appears in the Disney movie Ralph Breaks the Internet. Prices vary per attraction: $11 for laser tag and $8 for bumper cars and virtual reality. Discount packages are available.

This one is a no-brainer. Miami is famous for one thing and one location: South Beach. We aren't talking Ocean Drive. Nor are we discussing Washington Avenue or Collins Avenue. Everything on the sand — from the shore to the volleyball courts to the very cool lifeguard stands — makes this the most sought-after real estate in America. Forget the Empire State Building, Statue of Liberty, and Golden Gate Bridge. They don't hold a candle to SoBe.

Soccer is Miami's sport. Though you might think mostly of the soon-to-be professional team owned by pretty boy David Beckham, the fact is the giant suburb split by SW 88th Street is Miami's real fútbol mecca. Kendall Soccer Park is an amazing collection of public and private fields that churns out stars and goals in equal measure. The public part of the complex includes five fields where kids and adults kick around from 8:30 a.m. to 10:30 p.m. by reservation. One of these five is generally open to the public. The rest are used by local soccer clubs, leagues, and youth organizations. To rent them, call or stop by the field office from 12:30 to 9 p.m. Monday through Friday. For the past seven years, Soccer 5, a private firm, has also rented out six mini-fields on the property. All of them are caged. There are four 5v5 fields, one 6v6, and one 7v7. Prices for the mini-fields range from $100 to $140 per hour. In baseball, the pitcher is the most important man on the diamond. This season, José Ureña was the Marlins' Opening Day starter. Though he didn't start the 2019 season as hot as he ended the last, his 2018 record was impressive: Ureña compiled a 3.98 ERA and 130 strikeouts in 174 innings pitched. At 27 years old, he's in his prime, and if the Marlins rebuild goes as planned, he could be a frontline starter for a World Series contender. 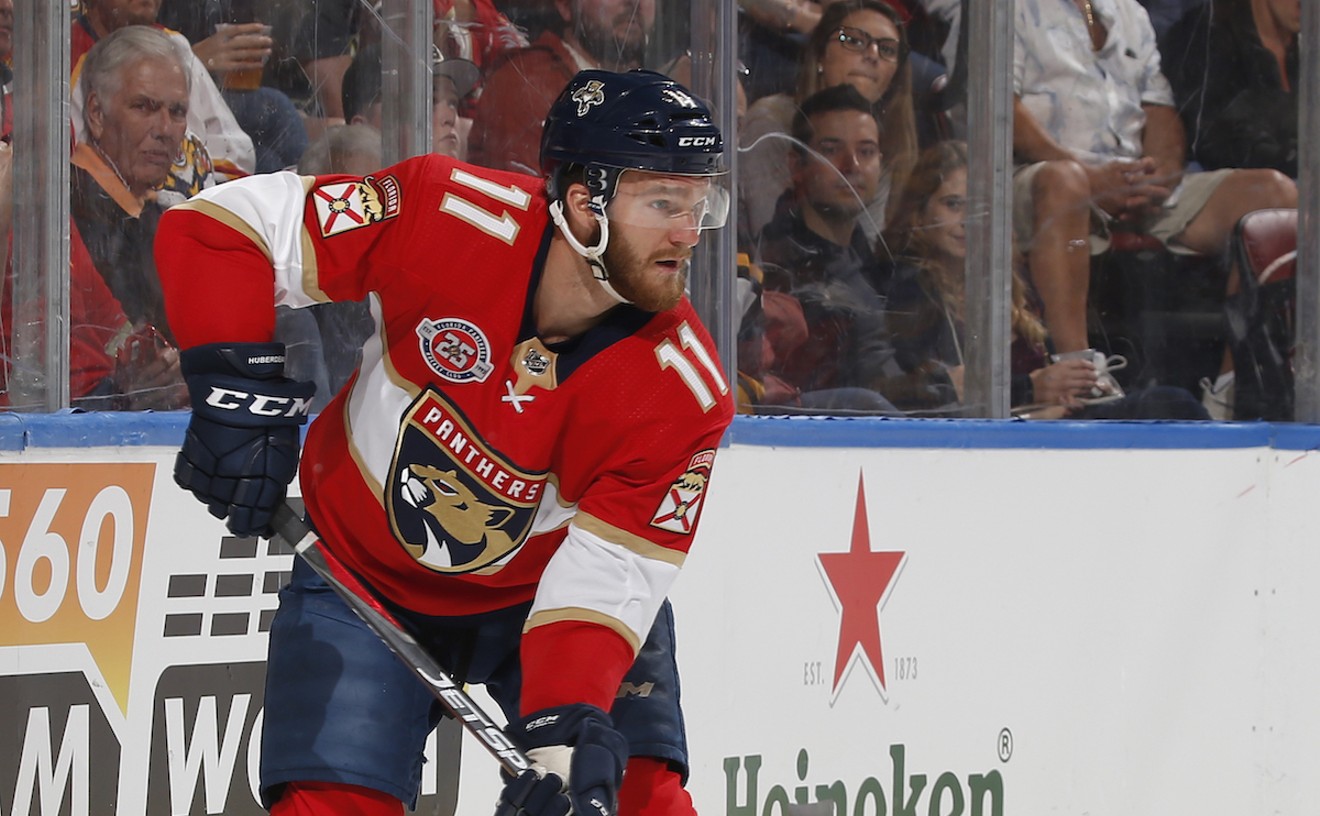 The man who calls himself "JonnyHuby11" on Twitter kills it on the ice. The Florida Panthers' 2011 third-overall pick was expected to be pretty good at playing hockey, but Huberdeau is putting in elite-level work. The Panthers forward tallied 92 points last season on 30 goals and 62 assists — all career highs. Though the Panthers as a team didn't achieve the success they'd hoped for, Huberdeau is the sort of player who keeps fans and the front office confident that the Cats are on the cusp of something great.