Of all the spirits in the world, rum has the best fantasy life. After all, it's enjoyed by poets, pirates, and sailors. It usually hails from exotic and tropical ports of call like Tortuga, Cuba, and St. Lucia, and it comes in many forms. So imagine the tales at the weeklong Miami Rum Renaissance Festival. There are pirate wenches, men in tiki shirts, and salty dogs under one roof learning about rum, meeting authors, and being entertained. The star of the show is, of course, the rum. More than 200 different kinds from the farthest parts of the globe are available for your sipping pleasure — some of them not yet available in the United States. There's dark blackstrap rum from St. Croix, amber from Jamaica, and Debonaire from Panama. There are $10 rums, meant to be added to a poolside piña colada, and rare potables that sell for more than a thousand dollars. But the best thing about this festival is that it's a family affair. Robert, Robin, and Rob Burr started it. They're Miami locals obsessed with rum and the city. While their little festival grows yearly, it still has a family feel. And hey, every family needs a pirate (and a few more bottles of rum). 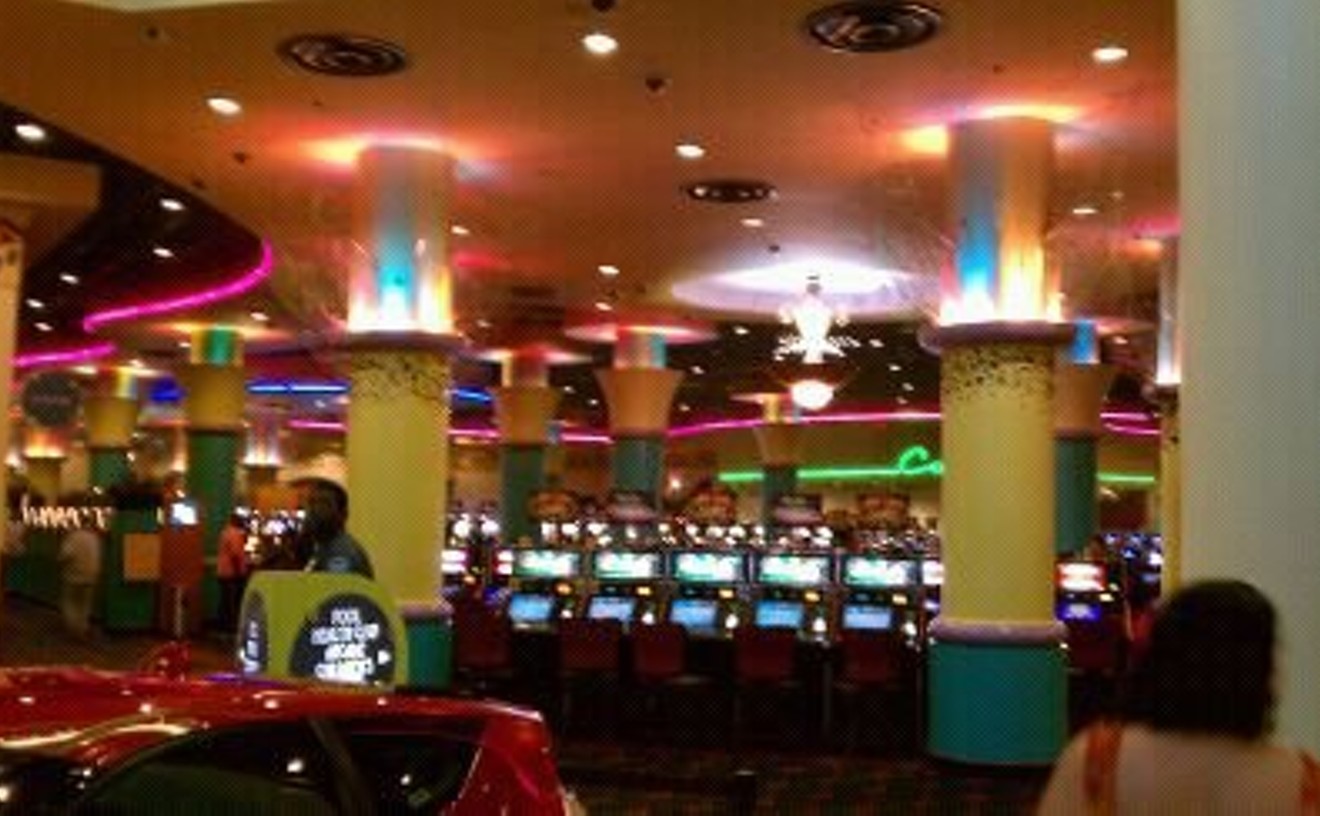 It's not quite the eighth wonder of the world, but it's one of those places you have to visit before you die. Miccosukee Resort & Gaming has been an ocular feast since its establishment in 1999. Open 24 hours a day, it is a destination for people from all walks of life. Catch truck drivers falling asleep in the casino's parking lot after a long drive, decked out señoras at the slot machines, and tourists in puka-shell necklaces hopping from game to game hoping to cash in. If that's not enough, just head to the Cypress Lounge for live nightly entertainment and the Café Hammock for dinner specials: steak and shrimp or steak and lobster for $9.95. So head west and get into some mischief with your buddies, lose some money, or just reenact a scene from Goodfellas (without the body count). Miccosukee won't judge — they'll leave that up to you.

When friends come to town, they'll probably stay in South Beach (unless they're couch-surfing at your apartment). They'll do enough beach-going and Lincoln Road-strolling on their own, so when it's your turn, take them on the Little Havana Food Tour from Miami Culinary Tours. Founder Grace Della grew up watching her mother conduct cooking classes, so her heart is in sharing her knowledge of food with others. The tour takes you to six restaurants where you sample the usual fare — a Cuban sandwich here, a pastelito there, a shot of guarapo con cafecito. But interspersed with the food are some great stories about Cuban culture and politics. You'll also visit art galleries, domino park (did you even know that only people 55 years and older can get in on a game?), and if you're lucky an ominous tree under which you'll find various bones and candles — the result of Santería rituals that are still held (makes you want to tell the chickens waltzing around the neighborhood to watch their backs). After all of that, your out-of-town friends (and you) will have learned something about Miami. And at $59, it's also on par with many South Beach lunches.

Best Place to Get Stoned

Crouching in the dark of night

Hiding from the wind

We get blazed before the show.

Community service — it's not just for parolees anymore. In fact, anybody can do it. Working as a volunteer is a lot like having a job, except you don't get paid, and that's the point. In a city where it's money over everything, community service can be a difficult concept to grasp. But PhilanthroFest, now in its second year, attracts more than a thousand Miami goodniks to its annual festival. And celebrating volunteerism, charitable donations, and pro-social activity has never been so much fun. There are more than 100 organizations representing causes ranging from Guitars Over Guns Organization (GOGO) to Americans for Immigrant Justice to fresh produce for the inner city, and way too many more to mention by name, which is a great problem to have. Being a nonprofiteer is a good time, and time is money, so spend yours wisely and help the community.

Best Reason To Stay In Miami For The Summer

When it's summer in Miami, it's winter in South America. And that means the beaches of Rio empty en masse and a veritable bikini-clad army of samba babes fly north to oil and tan their buxom backsides on South Beach. The millionaire playboys who love them follow soon after, and before you know it, South American tourist season is in full swing with families of Disney-bound travelers stopping in Miami to buy cargo containers' worth of electronics to take home. For bartenders, store owners, T-shirt salesmen, body waxers, and party lovers, it's a boom time. And for fans of the beach life, it is too.